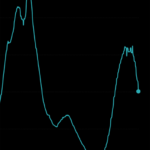 On August 13 I speculated whether the US had arrived at the Delta wave’s peak. This turned out to be just a touch premature. CIDRAP guessed that the worldwide peak arrived around mid-September; the NY Times said early September.

This post is simply to update the record — now that the peak has definitely passed — with the same graphs, from the same source, that the previous post displayed. 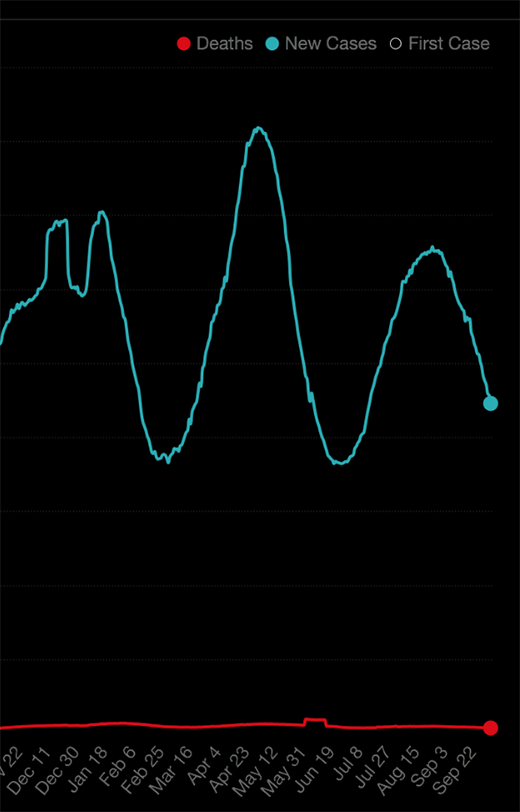 Most US states show an evident decline from a peak, as do the world and the US overall. Only Minnesota in this batch is not showing an unambiguous peak yet.

The Times reports that the rates of new cases and hospitalizations have declined in the US by 35% since September 1, and worldwide by around 30%. 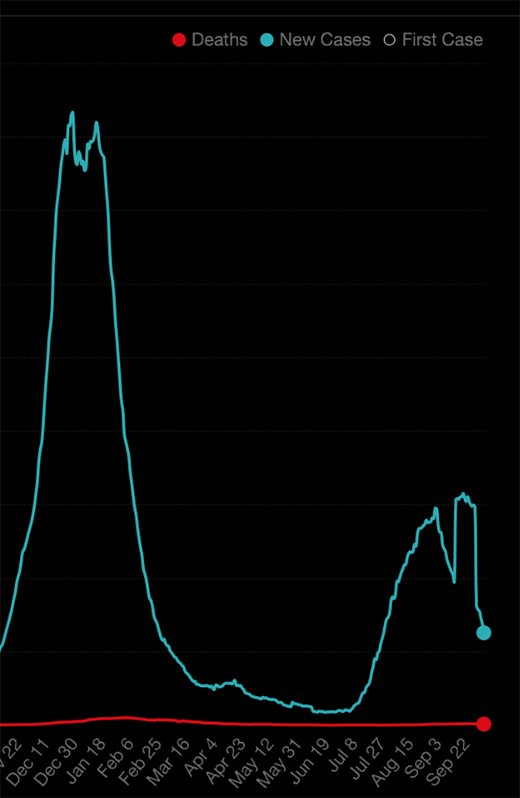 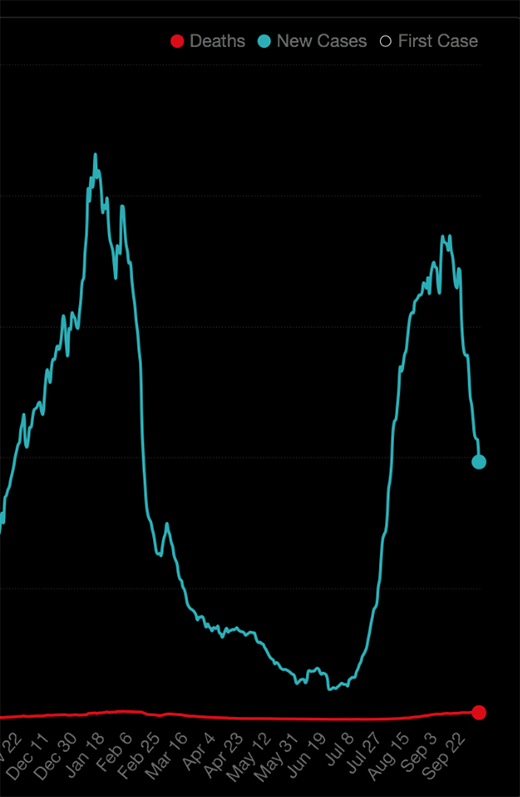 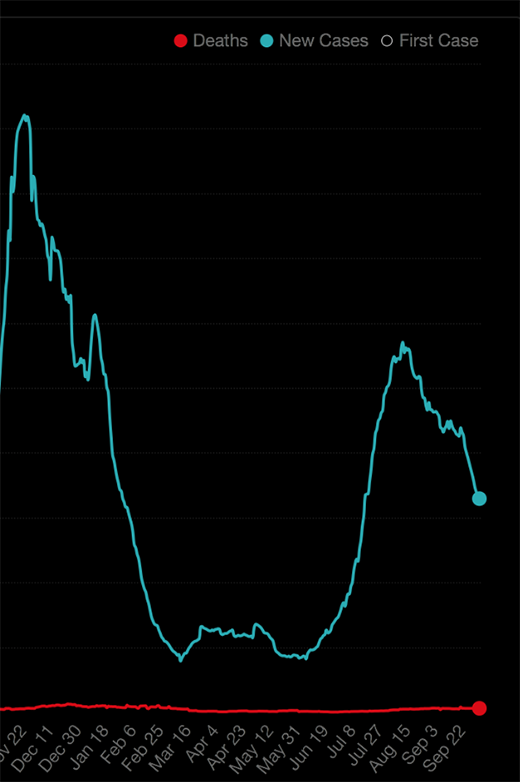 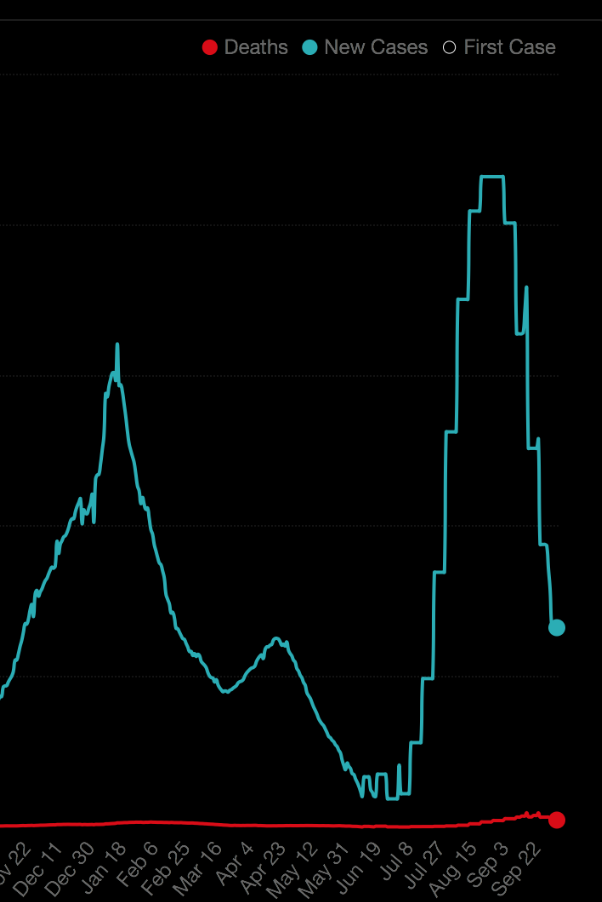 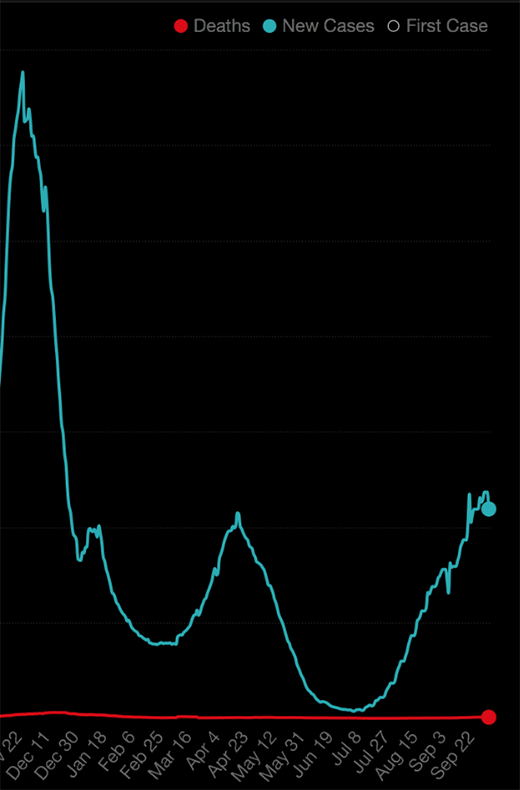 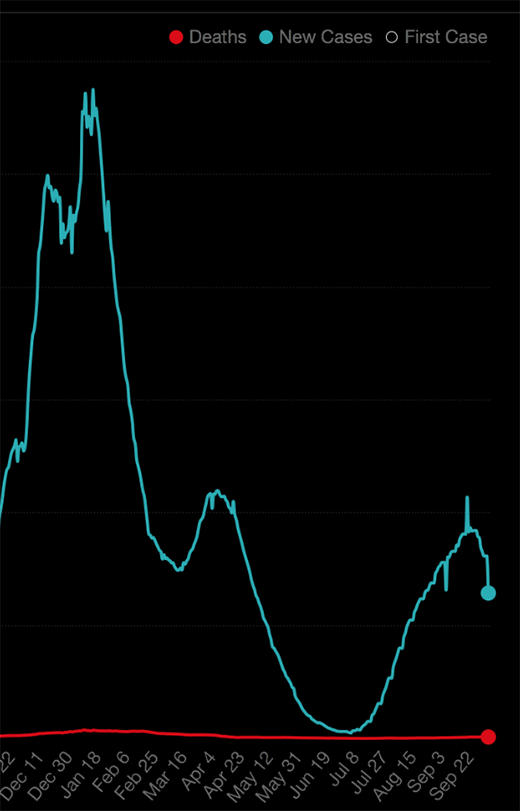