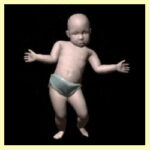 We have been using terms like “viral video,” “viral post,” and “go viral” since the early days of the web. In these pandemic times their use is dropping off.

In talking to colleagues Ohlheiser found that she wasn’t alone in her reticence to fling about the long-established terms with the customary abandon. She asked a lexicographer at Merriam-Webster for insight, and he ran an experiment comparing the usage in news articles of four literal (medical) phrases (“viral infection” etc.) with that of four figurative (web-inflected) phrases (“go viral” etc.), for the first four months of this year compared to last year.

The results are unambiguous. Use of all four literal phrases is up many-fold, while instances of the figurative phrases are down by 15% (“viral video”), 21% (“viral photo”) and 26% (“go viral”). Follow the link above for all the numbers.

Ohlheiser concludes with a meditation on the inability of journalism to report objectively on a “viral” web phenom­enon without adding to its spread: becoming part of the story. There is no standing apart.