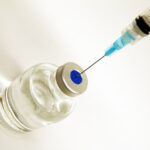 Here’s a logistical difficulty that wouldn’t be the first thing to mind when we think about developing a vaccine: How do we deliver 8 or 16 billion doses of it? There are not enough glass vials in the world.

If a vaccine, or more than one, is ready much earlier than a year from now, we may face a delivery crunch, with distribution slowed and gated by the availability of containers to hold it.

Glass is the ideal material for storing and transporting bioactive material: it’s relatively cheap, is non-reactive with biologicals, and is impermeable to both liquids and gases. The alternatives — plastics, metals — all exhibit some combination of the opposite of those desirable charac­ter­is­tics, unless treated with extra (expensive) processing. The invaluable Derek Lowe has an insightful post on these difficulties (and it detours into the manufacture of beer cans and the permeability of palladium metal to hydrogen gas).

One glassmaker in the US, Corning, has been producing a few tens of millions of glass vials a year for vaccine makers. Corning got an infusion of cash from Barda, the US government’s Biomedical Advanced Research and Development Authority, and expects to ramp up that production by a factor of 10 — over three years. Another big glassmaker, AG Schott in Germany, currently produces on the order of half a billion vials per year. They already have orders in hand for twice that.

Bringing more glassmaking capacity online will take time. A detailed report in Wired quotes supply-chain experts who say that a new facility producing 100 million to 500 million vials per year couldn’t be booted up in less than 6 to 8 months.

And ramping up glassmaking as fast as it may be required will run into a bottleneck in raw mater­ials. Glass begins life as sand. Already, the demand for the particular kind of sand that goes into the most desirable glasses is causing a crisis in sand extraction, which a UN report last year called “one of the major sustainability challenges of the 21st century.”

One way Barda is hedging a bet against a glass shortage is by investing in an American company, SiO2 Materials Science out of Alabama, that has developed an innovative plasma-based technique for lining plastic vials with a thin layer of glass. With Barda’s cash infusion, they intend to bolster production levels to over 100 million vials per year before this year is out.