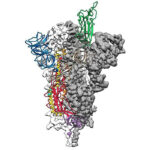 Moderna, maker of the vaccine candidate that was slated to be first into a Phase III trial with 30,000 human subjects, has suffered a slip. Its stock’s value dropped more than 9% on the news. Moderna’s large-scale trial might yet start in July, along with that of Pfizer-BioNTech’s first candidate.

On Wednesday Pfizer announced promising Phase I/II results for its first candidate (of four); Moderna has yet to release results. The four vaccine cendidates in Pfizer-BioNTech’s effort are (quoting Derek Lowe here): “two with modified RNA bases, one with extra uridine bases, and one in the ‘self-amplifying’ category.”

Four vaccine candidates are set to enter large-scale Phase III trials by the fall: Moderna and Pfizer-BioNTech in July, Oxford-AstraZeneca in August, and Johnson & Johnson in September. Moderna had hoped to release Phase III results by Thanksgiving, and that might still be possible, barely.

One of the biggest unanswered questions about this pandemic is whether recovering from Covid-19 confers sterlizing immunity in humans, and if so for how long. A study out of China, published yesterday (press coverage; report in Science) indicates that the answer is yes: for rhesus macaque monkeys, for at least 28 days.