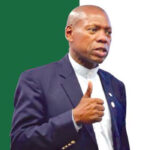 In England and in South Africa, researchers are warning about new variants of the SARS-CoV-2 virus that are spreading rapidly in those countries. Both involve an unusually high number of mutations, including to the spike protein.

For this story, which is (a) important, (b) highly hyped in the press, and (c) likely to be of long duration, I will be posting updates at the top of the piece, in reverse-chron order. So the latest information will appear just below.
[ Update 2020-12-22: ] Vincent Raciniello, creator of the This Week in Virology podcast, explains in this half-hour video why he believes all the hype about the English variant is unwarranted. Two money quotes — 6:48: “As far as I’m concerned none of the isolates so far have proven implications for human transmission or pathogenesis, including the latest varient isolated in the UK.” 23:33: “In the end, I object to the use of epidemiological data to prove the biological properties of a virus.”

Derek Lowe at Science Magazine also is not too worried. He notes that it will be a couple of weeks before we have better answers to questions such as: is this variant more transmissable? Does it result in a dif­fer­ent course of disease?

With the above cautions, here are some more recent press accounts:

[ Update 2020-12-21: ] Bloomberg and MPR News have FAQs about what the new English variant means. And here are two technical analyses, both dated December 20, from the “European CDC” and the COGuk consortium that first reported the variant.
[ Update 2020-12-20: ] Apoorva Mandavilli has a helpful explainer in today’s NY Times about what these mutations mean for the future of humanity’s life alongside the SARS-CoV-2 virus. Specialists know the virus is going to mutate, and they expect it to begin mutating more vigorously once we (humans) start putting significant pressure on it via widespread vaccination. That has barely begun to happen. But that is a process that will take years, not months. The belief, as stated by BoJo, that the English variant is far more infectious is simply not supported by data at this point.
(Original item from 2020-12-20 is below.)

The variant spreading in England caused the government on Friday to lock down the southwest part of the country, including London, through the holidays. The country’s chief medical officer said yesterday that the new variant is causing 60% of infections in London at present; the numbers have nearly doubled in the last week. Boris Johnson, the prime minister, claimed that it spreads up to 70% faster than earlier variants.

This new variant is called B.1.1.7 and it was described in a preliminary paper by the Covid-19 Genomics UK Consortium. B.1.1.7 has an unusually large number of genomic changes, particularly in the spike protein, compared to other variants that have been mapped. The authors speculate that it may have arisen in a single, immunocompromised patient who was perhaps given convalescent plasma and/or remdesivir to control the infection. These antagonists, the authors conjecture, combined with a heavy viral load, may have driven the evolution of the virus in new ways.

Yesterday Belgium and The Netherlands imposed temporary (but renewable) bans on flights to and from England. The Dutch government said that the English strain of the virus had been seen in one case in the country, early in December.

A separate but related variant of SARS-CoV-2 is being tracked in South Africa. The health minister there on Friday said that the variant, dubbed 501.V2, is associated in a preliminary analysis with a higher viral load and faster spread. It shares with the English B.1.1.7 a particular mutation of the spike protein, at position 501, that is believed to contribute to higher infectivity. This mutation has been seen elsewhere in Europe for several months, but is not a factor in the US at present.

South Africa has not so far tightened social or economic restrictions based on 501.V2 but urged people to abide by masking and distancing guidelines.

South Africa’s Kwazulu-Natal Research Innovation and Sequencing Platform (KRISP) has published a FAQ on the 501.V2 variant. I have not been able to find a detailed technical report such as a scientific preprint.

In speaking about both the English and South African variants, authorities are careful to point out that there is no evidence at present that the variants cause more serious disease. The South African minister (Dr. Zweli Mkhize, pictured above) did say it is an open question whether 501.V2 will have an effect on vaccines now being developed.

The full text of Dr. Mkhize’s press briefing appears to be reproduced on Twitter at the hashtag #SARS­COV2­MediaBriefing.