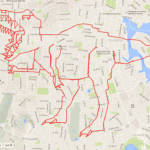 Three items of recent pandemic news: the seriousness of the Delta variant; how a bitter taste might predict the severity of a Covid-19 outcome; and results from the Novavax Phase III trial. Plus news briefs and a frippery.

The company has reported results from its Phase III trial, and they are ex­cep­tional. The vaccine’s efficacy is in the same range as that of Pfizer and Mod­erna: 100% against the virus’s original strain and 93% against the later variants.

The study enrolled 29,960 adults from the US and Mexico. Two-thirds of them received the vaccine and one-third a placebo. A total of 77 cases of Covid-19 were observed, 63 in the placebo arm and 14 among those receiving the vaccine. All of the latter were mild cases; in the placebo arm there were 10 moderate cases and four severe ones.

Technology — Novavax’s vaccine works differently than either the mRNA or viral-vector shots that are already authorized here and elsewhere. The Novavax protein subunit vaccine uses whole spike proteins, which are grown in vats of insect cells, instead of sending instructions for our own cells to manufacture spike. The Ars Technica coverage (linked below) explains that each nanoparticle in the vaccine probably embodies many copies of the SARS-CoV-2 spike. The vaccine also contains an adjuvant whose purpose is to goose the immune system’s response to the spike antigen.

Authorization — Novavax will be applying to the FDA soon for an EUA. The US does not need a fourth vaccine — there is a surplus here of the three already authorized, and anyway the emergency is winding down here. Of the coverage listed below, only NPR mentions that it is unclear whether the FDA will vote to authorize. The agency may instead suggest that Novavax apply for full approval, a longer process.

The rest of the world does indeed need Novavax. Its technology has a long history and is well understood. The vaccine is easy to store and to ship, requiring only refrigeration. Its side effects are slight. Its manu­facturing process is more easily scaleable than that of the mRNA vaccines, and is suitable to local pro­duc­tion in many parts of the world.

Novavax has received $1.75 billion from Operation Warp Speed. The company has set up manufacturing partnerships worldwide, and expects to be able to produce 100 million doses a month in the third quarter of this year and 150M/mo. by year’s end.

Here is some of the coverage on Novavax’s milestone.

Bitterness and the severity of Covid

One of the enduring mysteries of Covid-19 is why some people get so sick from it, some have a mod­er­ately bad time, some have mild symptoms or are asymptomatic, and others never get infected in the first place. An EENT doctor (who never got infected in dangerous conditions of exposure) had a theory about this variability and set out to prove or disprove it.

It turns out that a gene, called T2R38, linked to the perception of bitterness also has a role in the innate immune system. So-called “supertasters” are those who get two copies of this gene, one from each parent. “Tasters” have just a single copy of the gene, and “nontasters” have none. These classes of people can be distinguished by a simple and nonintrusive test involving flavored strips of paper.

Dr. Henry P. Barham is a rhinology specialist in Baton Rouge, LA. He led a study demonstrating a strong linkage between the T2R38 gene and the outcome of a SARS-CoV-2 infection. Supertasters (about 25% of the people in the study) may avoid infection entirely; tasters (50%) will probably have a moderate case at worst; and nontasters (25%) are most likely to get a severe case and end up in the hospital or the ICU.

The signal in these data is quite strong. One researcher called it “pretty dramatic, quite shockingly so.”

These results may make their way into clinical practice. Perhaps before long people testing positive for SARS-CoV-2 may be asked to assess the bitterness of four strips of paper.

How serious is Delta?

The Delta variant, B.1.617.2 out of India, has been found in 62 countries now including the US. It rep­re­sents over 6% 10% of new cases here and that percentage is doubling every two weeks.

Doctors in China say that patients infected with Delta get sicker, faster than they were seeing in earlier phases of the pandemic. These patients’ viral loads peak at a higher level and decline more slowly. Doctors are seeing up to 12% of patients become severely ill; in earlier pandemic phases it was more like 2% or 3%.

A retrospective study in Scotland indicated that Delta patients were twice as likely to be admitted to a hospital as those who contracted the Alpha (B.1.117) variant.

The initial symptoms associated with Delta may be distinctive. Instead of cough and shortness of breath, new patients may more frequently report headache and a runny nose.

Vaccines continue to be effective against this and other variants. 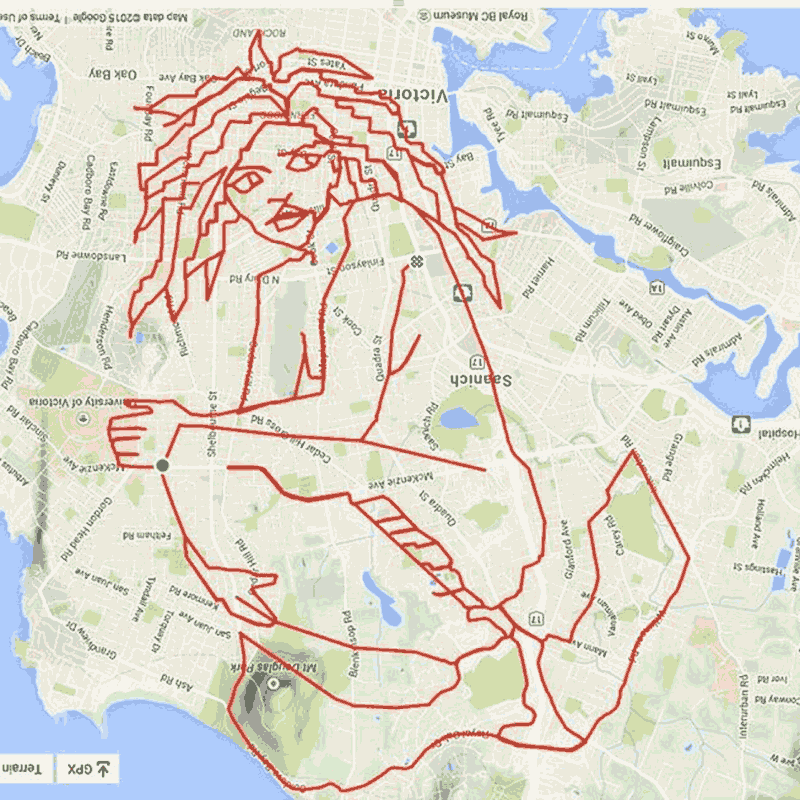 A mermaid drawn (upside down) as a GPS doodle on Victoria, BC, Canada.

As a reward for making it this far, today’s frip­pery is an introduction to Stephen Lund, progenitor of a new art form: the GPS doodle.

Lund, a.k.a. #Cycleangelo and #bichelangelo, is a Canadian brand strategist and creative director by day, and an artist working on a very large scale the rest of the time. His tools are a bicycle, a Garmin GPS tracker, and the Strava website, which traces his carefully plotted-out bike trips on a map.

I’m shamefully late to this party — Lund showed up in Bored Panda in 2015 and did a TEDx talk at the end of that year; Atlas Obscura picked him up in 2016.

Lund last posted to his own blog in 2018, and his trail goes cold after that. But he has birthed an art form and spawned a legion of imitators and successors.