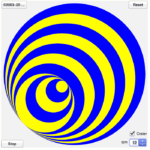 Herewith a brief issue, as pandemic news has been thin over a holiday weekend. No news briefs today but of course there’s a frippery.

WHO tackles naming the variants

The designations given to the viral variants are not friendly; the nomenclature systems were never intended for popular use. We make do with locutions such as “B.1.351, the variant first isolated in South Africa.”

WHO nomenclature for
Variants of Concern

A committee of the World Health Organization has been meeting for several months to try to come up with something better. They have settled on Greek letters — the table shows the names they would like us to use for the most worrisome viral versions, the ones designated Variants of Concern.

I do not have high hopes for this exercise. It is eerily reminiscent of the classic XKCD cartoon delineating what happens when someone tries to create a standard that supersedes all existing standards. Personally, I expect that hereafter we will all be saying things like “the Alpha variant (formerly known as B.1.1.7, first identified in Great Britain).”

For the record, the WHO link above also has Greek letter names for six Variants of Interest as well.

The Wall Street Journal reported that Emergent’s troubled Baltimore plant has mostly completed the work of cleaning up its quality and cleanliness problems and could be certified for vaccine production as early as this week. If like me you don’t subscribe to the WSJ you will get only a paragraph at the above link; here is Fierce Pharma’s coverage.

When the plant is certified, work could resume on completing 60 million unfinished doses of Johnson & Johnson’s vaccine; it could be months before they are ready for distribution. This is in addition to the 60 million doses of AstraZeneca vaccine at the plant that could go towards President Biden’s pledge to provide 80 million doses this year for other countries.

My goal with the fripperies is 20 minutes: If I can distract one person for 20 minutes from the trials of life and pandemic… well, I’ll take 20 people for a minute each.

The 143 optical illusions catalogued on this page should be good for 20 minutes, easy. Michael Bach explains each one in layman’s terms but with science behind the explanation.

He does not like the term “optical illusion,” by the way. Bach is simply helping us to understand the ways our sensory apparatus is wired to operate.

As a bonus, here is a paper Bach published in 2014 on the ever-changing technology he has had to engage with over the “143” page’s first 15 years on the Internet. To read it you will probably need an academic library affiliation, unless you write to Bach directly and request a PDF, which he encourages.

[ Note added 2021-06-01: ] The Washington Post wrote up the WHO’s new naming scheme with an emphasis on its intention to reduce the stigma that can result from naming disease elements after particular places. Long after the WHO committee had been working on new names, the government of India requested that people stop calling B.1.617 the Indian variant.