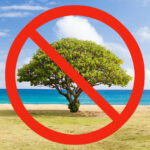 Herewith three items of recent pandemic news: More studies on mixing vac­cine doses; the FDA extends Pfizer’s authorization to ages 12+; and ack­now­ledge­ment from the CDC that this virus is airborne. Plus news briefs and a frippery.

It is indeed airborne

Finally acceding to a scientific consensus that has been growing for most of a year, the CDC updated its guidance on how the coronavirus spreads. The organization acknowledges that airborne trans­mis­sion by tiny, wafting droplets is most likely its dominant mode of transmission. Here is coverage of the CDC’s change of heart in the NY Times and CNN.

Last month the CDC’s guidance had been updated to de-emphasize transmission via surfaces (fo­mites). This week’s change in emphasis finally dethrones droplet transmission as the dominant mode. The six-foot rule for social distancing (and its one-meter cousin favored by the WHO) originated in the belief that large droplets, which fall to the ground / floor / other surfaces within a short distance, were the principal vehicle for disease transmission.

With the acknowledgement of its primarily airborne nature, the CDC still clings to the six-foot rule. It is true that in an indoor space with little airflow, virus concentration will be highest near an infected person who is breathing and/or talking or singing. But over time virus-laden micro-droplets will ac­cum­ulate in all corners of the space, depending on the ventilation. And the CDC still has almost no­thing to say about the importance of ventilation.

Here are two articles reflecting on the reasons why it took so long for the CDC to come around to ad­mit­ting what almost everyone assumed to be true: Zeynep Tufecki in the NY Times and Nicholas Florko in Stat News. Tufecki’s roundup of the history of widespread scientific resistance to the pos­si­bil­ity of airborne transmission is especially telling.

By now you have probably seen the news that late yesterday the Food and Drug Administration granted Pfizer’s request to extend its vaccine’s emergency use authorization to those 12 to 15 years old.

The CDC’s advisory committee responsible for drug and vaccine usage guidelines will meet tomorrow to issue its recommendation, and once the CDC ratifies that the Pfizer / BioNTech vaccine can start going into the arms of young teenagers.

Canada had granted a similar extension to Pfizer’s EUA last week. Pfizer has also applied to the Euro­pean regulator for such an extension.

Some coverage of the news of the first vaccine to be authorized for young teens:

Last December we reviewed the state of the art on heterologous prime-boost: mixing and matching doses from two different vaccines. At that time, the strategy was “a step into the unknown,” according to Science Magazine blogger Derek Lowe.

After the rare blood-clot side effect emerged with the AstraZeneca vaccine, France and Germany rec­om­mended that younger people who had received one dose should boost with Pfizer instead. (Canada is still considering whether to go this route.)

And some experts are wondering whether a heterologous prime-boost regime could provide more ro­bust protection over time against emerging viral variants.

MIT’s Technology Review has an overview of this landscape along with a roundup of new trials now underway to test out the effects of mixing vaccines.

The Com-CoV study in the UK is looking at mixing vaccines from AstraZeneca, Pfizer, Novavax, and Moderna. A study in Spain will be offering a Pfizer boost to people under the age of 60 who earlier re­ceived a first shot of AstraZeneca (the latter vaccine is now limited to age 60+ in Spain due to concern over blood clots). And researchers in China have published about their work in mice with four different vaccine technology platforms.

One take-home from the Chinese study seems to be that boosting an adenovirus-vectored vaccine with a different technology (inactivated, recombinant, or mRNA) gives better results than using the Ad5 vaccine for the second shot. Caveats apply: these results came from a mouse model, and it might work differently in people.

That’s why the UK Com-CoV study is being watched closely. Preliminary results might be available later this month.

Those of you who have been reading for a while may remember a frippery from last October on car­cin­i­za­tion — the tendency for the evolution of sea creatures to move toward crab-like forms. It has hap­pened independently five times.

This week we have another phylogenetic shocker, from the world of plants: trees are not a thing. Trees did not descend from a common ancestor. Herbaceous and/or flowering plants evolve into trees, and vice versa, all over the place. In fact trees show up scattered seemingly at random all across the plant side of the tree (you should pardon the expression) of life.

This is all explained at the link on Georgia Ray’s Eukaryote Writes Blog. Ray coins the term den­dron­i­za­tion — the tendency to evolving into a tree-like morphology — to echo the carcinization with which we are familiar.

There’s plenty more there to bend your mind. As just one example, consider the phenomenon of insular woodiness, or the tendency of plants to evolve towards making wood (which turns out to be another ill-defined category):

…say, a new plant arrives on a relatively barren island, and some of the offspring of that plant becomes treelike. Of plants native to the Canary Islands, wood independently evolved at least 38 times!