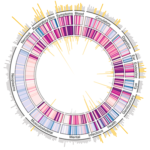 Belatedly, three items of recent pandemic news: Novavax and the EU; a detailed study of long haulers in the VA health care system; and the imminent auth­or­i­za­tion of Pfizer’s vaccine for young adolescents. Plus news briefs and a frippery.

According to reporting first published by the NY Times, the FDA is on the verge of granting Pfizer’s request to amend the emergency use authorization for its vaccine — allowing shots in teenagers 12 to 15 years old. The approval could come this week or early next, and the day after it drops the CDC’s advisory committee ACIP is expected to make its recommendation spelling out how the vaccine can be used.

Pfizer’s chairman and CEO Albert Bourla told investors on Tuesday morning that an FDA decision is ex­pec­ted “shortly.” He also said the company will apply in September to extend the EUA to children 6-11 and 2-5 years old. An application for still younger children, ages 6 months to 2 years, could come in the fourth quarter, pending results of ongoing studies.

Here is coverage from Ars Technica and the Washington Post.

A close look at long Covid

A large study from patient records in the Department of Veterans Affairs health system shows that even people who have a mild or asymptomatic case of Covid-19 bear significant risks in the following months, including a 60% greater risk of dying. The study looked in minute detail at scores of different symptoms of long Covid and their occurrence in 73,000 post-Covid patients from 1 to 6 months after their infection. Here is the paper in Nature. (Download the PDF to peruse the rather elaborate charts of dozens of symp­toms tracked across multiple patient categories, as at upper left.)

The study also looked at over 13,000 Covid-19 patients with more serious disease, and unsurprisingly found that the occurrence of long-term symptoms increased with the increasing severity of the patients’ acute phase — from hospitalization to ICU to intubation.

Still, the main takeaway from the study is how hard this disease hits even those with a milder pre­sen­ta­tion. While the VA cohort is not representative of the US as a whole (these people are older, more male, and more Black), the incidence of long Covid symptoms is sobering when projected to 32 million Amer­i­cans who have contracted Covid-19.

Novavax deal with EU is close

The company, whose vaccine has not yet been approved in the US or the EU (or anywhere else), none­the­less has put together the most extensive manufacturing network of any vaccine maker. Having taken $1.6 billion from Operation Warp Speed in exchange for the promise of 100 million doses for the US, Novavax is now also planning to supply 200 million to the EU (mostly to be delivered in 2022) and 1,100 million to the COVAX initiative.

Politico is reporting on the consensus that Novavax will get the nod from US regulators before Astra­Zeneca does. Regulatory approval from the EU will probably happen first.

In other Novavax news, the company is expanding its Phase III trial in the US to include 3,000 ado­les­cents aged 12-17 years.

To reward your patience, the frippery today is a mind-blowing optical illusion. All the balls in that image are identical — they are all the same color. The image was created by David Novick, and he has a million more in the same vein. 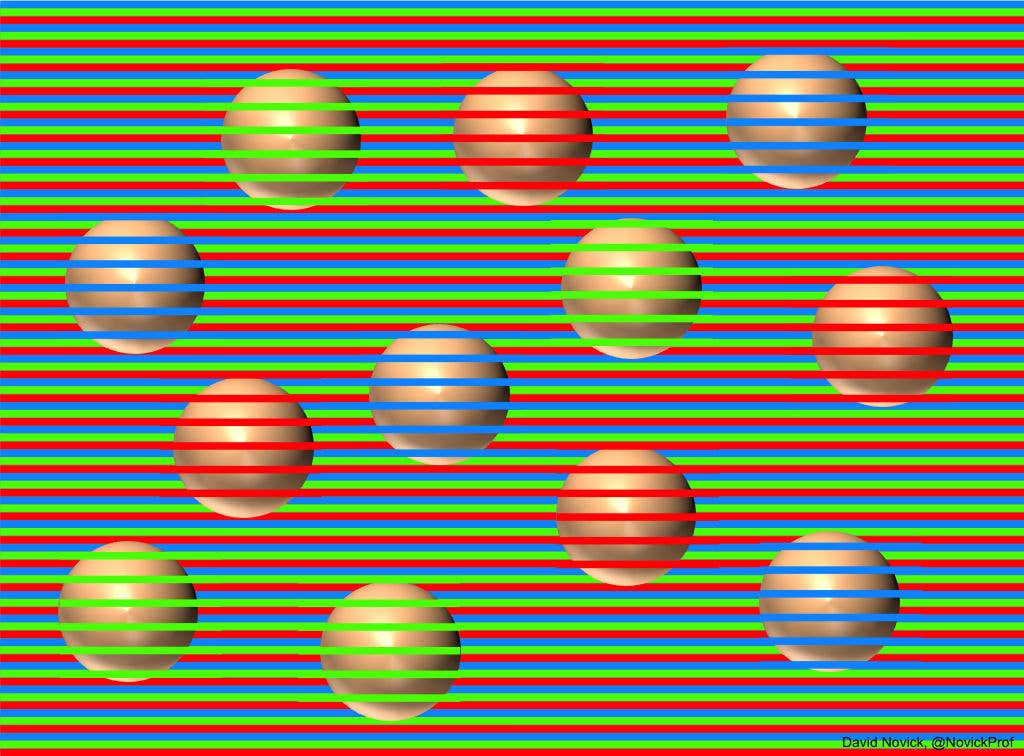