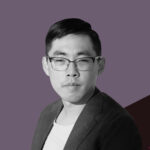 Four items of recent pandemic news: Some people are skipping their second shots; Europe may open to vaccinated American travelers; the vaccinated can stop wearing masks outdoors; and J&J resumes going into arms. Plus news briefs and a frippery.

Last Friday, while I was putting together the previous edition of this news­letter, the CDC’s committee of outside advisors, the ACIP, was meeting to decide whether and how to restart distribution of the Johnson & Johnson / Janssen vaccine. You have almost certainly heard by now that J&J is back on. Despite a handful of new instances of blood clots (now numbering 15 cases) that had come to light in the 10 days since the vaccine was paused, the committee concluded that the benefits of the vaccine far outweigh the risks, and the CDC and FDA concurred.

Some 9 million doses of J&J were waiting at states’ health departments and vaccination sites, and they had resumed going into people’s arms by Sunday. The company’s manufacturing woes mean that doses beyond those may be slow to emerge from the pipeline.

Here is a smattering of the coverage from CIDRAP, MPR News, and the Washington Post.

The vaccinated can skip masks outside

President Biden announced this afternoon that the CDC has relaxed its guidance on mask wearing. Those who are fully vaxed can omit the mask if outside — unless in crowded conditions.

Examples of outside activities that now don’t require masking up:

Here are coverage from NPR and Stat, and the CDC’s official page on the newly relaxed policy.

Vaccinated Americans might be able to travel in Europe

Discussions are ongoing between US and EU officials aiming at a policy allowing any American pro­tected with an EU-authorized vaccine — and all three of the ones in use here are — to travel in 27 mem­ber states.

Such an opening would require a positive pandemic situation on both ends of the agreement, so it would seem that summer would be the earliest feasible time.

At the moment Europe is not in similar discussions with any countries other than the US; and the NY Times’s coverage does not suggest that the US is moving towards a reciprocal opening at this time.

Since children are not being vaccinated on either end now, it’s likely that they would be exempt from such a requirement.

Individual countries in Europe might reserve the right to impose local limitations, such as requiring quar­an­tines or refusing US visitors entirely.

The Times mentions the possibility of some kind of vaccine passport for use across Europe, but it seems unlikely that all the wrinkles in any such program could be ironed out as soon as this summer. Denmark, which leads the pack on developing a passport app, probably won’t have anything useful much before August.

The above summary is full of “mights” and “maybes,” but that is the situation now. Nothing has been finally agreed. While many countries dependent on tourism Euros are pushing hard to get that spigot flowing once again, I frankly don’t know how many takers they will get. I can’t see a great many Amer­i­cans being anxious to travel like it’s 2019.

Some people are skipping their second shots

As of April 9, about 8% of those in the US receiving Pfizer or Moderna vaccines have missed their second dose. Various outlets (NY Times, Business Insider, Daily Voice) report that the CDC issued this news, but I have been unable to find a confirming link on cdc.gov.

The overall rate of missed second shots has increased since the beginning of the vaccination campaign in December. In the early days the targets of vaccination were health-care workers and nursing-home res­i­dents and staff, and these people proved easier to pin down for a followup shot than the general pop­u­la­tion has.

A 92% completion rate for a two-shot series is not bad. By comparison, the rate for the series of a vac­cine against shingles is about 75%. It may make a difference that for most people Shingrix is not free (far from it), as the Covid vaccine is.

That 8% figure is most likely on the high side, because people who got two shots in different venues — say a state-run operation followed by a CVS pharmacy — would probably be counted as having missed the second.

Some of the gap results from logistical problems such as people being sent for a second shot to a location that was not offering the brand they needed. The coverage linked above particularly called out Walgreens, whose website signup process seems to have been deficient in this way for a time. Some people just found it too difficult to arrange for a second shot; others seem to believe that they are adequately protected after one shot.

The reward for your patience: two fripperies today, choreography for our times. The first is a single dancer, Dagmara Barbale, performing Decorate the Sun, a Latvian folk dance in the manner of Zoom. The second is Murmuration, choreography by Sadek Berrabah (@sadeckwaff) for a masked troupe. Sadeck’s video is bundled with a brief and energetic “making of” clip.

Here is how Dagmara Barbale explains the genesis of Decorate the Sun (via Google Translate):

It’s hard to be alone — not to meet dancers, not to experience dozens of concerts and events, to stop and completely change the rhythm of life. However, the hardest part is to stop creating, because it is creation that strengthens and inspires me on a daily basis, it moves me forward. At a time when not, but very willingly, I found a way to create a dance. It can be danced alone, but the real magic it experiences only when we are more. This video has become a tribute to everyone who feels similar. It is a tribute to the many thousands of dancers who lack their dance teachers, partners and dance friends every day. This is a tribute to those who long for climbing on stage boards.