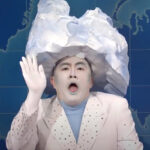 Herewith three items of pandemic news you may have missed recently: Covid-19 can dam­age the brain without infecting it; what’s up with the blood clots; and the FDA shuts down Emergent’s Baltimore operation. Plus news briefs and a frippery.

Following an inspection of Emergent’s troubled plant, the FDA has halted vaccine pro­duc­tion there.

This latest setback for J&J will not affect vaccine distribution, because that plant has not yet been authorized by the FDA to produce shots for Americans’ arms. All of the shots produced in Baltimore — no one seems to know how many — are waiting in storage. The seven million J&J shots that were dispensed before the vaccine was put on pause all came from The Netherlands.

The CDC’s advisory committee has scheduled a meeting for next Friday to revisit the issues around rare blood clots associated with J&J’s vaccine.

Last Friday the New England Journal of Medicine published a paper that seemed to identify the smoking gun — the mechanism by which a rare type of blood clot forms in a tiny percentage of people following administration of the AstraZeneca vaccine, and perhaps the Johnson & Johnson as well. The damage is done by activation of platelet factor 4, or PF4, which is also seen in a heparin-induced thrombocytopenia that has been studied for decades. A test exists to say definitively whether or not this PF4 activation is present, so that the appropriate treatment can be applied.

(If you wonder how researchers came upon the PF4 connection so fast, read this account in the Wash­ing­ton Post of the decades of research — since 1957 — that underlie this insight.)

But perhaps that mechanism is not the smoking gun, or maybe it’s not the only one. Writing in The At­lan­tic, Rox­anne Khamsi outlines four disparate but somewhat overlapping theories advanced by dif­ferent experts in blood disorders. The first is the PF4 disorder mentioned above, backed up by two more papers in the NEJM, one of which was co-authored by two men who literally wrote the book on heparin-induced thrombocytopenia.

But there are three other possibilities:

The jury is definitely still out on all the details of what is going on with blood clots after vaccination, such as whether the AstraZeneca and Johnson & Johnson situations are similar, related, or disjoint.

How Covid-19 damages the brain without infecting it

The largest autopsy study to date involving people who had died of Covid-19 suggests some mechanisms by which the SARS-CoV-2 virus could be instigating damage to the nervous system, even if the pathogen never crosses the blood-brain barrier (CIDRAP summary; paper in the journal Brain).

Brain tissue of 41 people who died of Covid-19 from March to June of last year was examined after death. The re­search­ers found no SARS-CoV-2 virus in the brains, but did locate abnormalities that could explain both the de­lir­ium experienced by some patients with severe disease and the brain fog common in long Covid sufferers. These neurologic abnormalities could have been caused by Covid-induced inflammation elsewhere in the body or in blood vessels within the brain.

The mechanisms of damage include areas of the brain that had been starved of oxygen, perhaps as the result of clots, and areas in which activated microglia (immune cells) were attacking neurons. The CIDRAP summary says:

Most activated microglia were found in the lower brain stem, which is re­spon­sible for heart and breathing rhythms and levels of consciousness, and in the hippocampus, which is involved in mood and memory.

The researchers note that the study included only patients who were gravely ill and died, and that the brain changes may not occur in patients with milder illness.

Finally, to reward your patience: the frippery. Today we have an interview with the iceberg that sunk the Titanic. Bowen Yang is the iceberg. Host Colin Jost almost but not quite keeps it together. The sketch is brilliant.