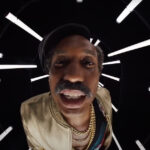 Three items of pandemic news you may have missed recently: A study on transmission from the vaccinated; the South African variant can evade Pfizer; and the US government suggests pausing J&J vaccination. Plus news briefs and a frippery.

The Food and Drug Administration and the Centers for Disease Control and Prevention have issued a joint statement recommending that administration of the Johnson & Johnson / Janssen vaccine be temporarily suspended. The move comes just days after European regulators had announced they are keeping an eye on the J&J rollout in the US be­cause a rare blood clotting condition had been seen in four people who got the shots.

Cases in the US now number six (after 6.8 million shots), one fatal and one serious enough to require hospitalization. All occurred in women between the ages of 18 and 48, all of whom developed worrying symptoms (severe headache, abdominal pain, leg pain, or shortness of breath) between 6 and 13 days following vaccination.

The FDA and CDC are concerned that medical personnel won’t be familiar enough with the rare clotting condition, cerebral venous sinus thrombosis with thrombocytopenia (low levels of blood platelets), to know how to treat it. Or­dinary blood clots, which are not uncommon, are often treated with the blood thinner heparin, and that is the wrong thing to do for this rare condition.

The CDC has called an emergency meeting of its Advisory Committee on Immunization Practices, which will gather tomorrow, Wednesday April 14.

The federal government can’t dictate to the states that the shots be paused, but it can enforce a halt in government-run (FEMA) vaccine distribution centers, and this it has done. State authorities will probably go along with the sug­gestion to pause giving the shots.

The hold on J&J distribution will be a serious blow to US efforts to get the population vaccinated, especially on the heels of the manufacturing snafu that had already jeopardized J&J’s delivery targets.

Following the news of Europe’s concern, the FDA had earlier said it is watching the “safety signal” represented by the rare blood clot cases.

Matthew Herper at Stat has an excellent survey of what is known about blood clots associated with vaccines. The effect is pretty clearly related to the body generating antibodies to a protein called platelet factor 4. Herper gen­er­al­izes the question to muse on the “central quandary in medicine”: how to balance risks and side effects with the bene­fits a drug can provide.

A study out of Israel looked at 400 people who had received two doses of Pfizer’s vaccine but got Covid-19 anyway, matched with another 400 who had not been vaccinated and became infected. Though the numbers were small, the results suggest that the B.1.351 version of the virus, the so-called South African variant, has an easier time breaking through the vaccine’s protection. As CIDRAP’s summary of the research puts it, the B.1.351 variant

…made up about only 1% of all coronavirus cases, but in infected patients who had received two doses of the [Pfizer] vaccine, the variant caused eight times more cases than in unvaccinated controls (5.4% vs. 0.7%).

Here are the preprint on MedRXiv (not yet peer-reviewed) and a Twitter thread on the research from one of the report’s authors.

The good news: B.1.351 has barely gained a foothold in Israel, where B.1.1.7 is dominant. The researchers surmise that the UK variant is outcompeting the South African one. If the same holds true here in the US we have less to worry about, because B.1.1.7 has demonstrated susceptibility to all the vaccines, and while it is more transmissible, it is not more deadly (NBC News article, Lancet paper).

Study looks for transmission from the vaccinated

Twelve thousand college students across the US are being recruited for a study that could finally answer the all-im­por­tant question: at what levels do vaccinated people acquire, carry, and transmit SARS-CoV-2?

Among the volunteers, half will have been fully vaccinated and half will put it off for four months. All will be asked to collect nasal swabs daily. This represents a far more granular level of testing and surveillance than has ever been carried out before in a Covid study.

The swabs will undergo quantitative PCR testing, and any positive samples will be sequenced to identify which viral variant is involved.

People in the contact “bubbles” of all the participants will be asked to undergo similar intensive testing if the study participant gets infected. All this data will be mined to determine how well people with asymptomatic infections spread the virus. As Carolyn Y. Johnson writes for the Washington Post:

Scientists will learn about the duration of infections in vaccinated and unvaccinated people and measure how much virus they have in their noses and for how long. Re­searchers will learn the real-world consequences of carrying different amounts of virus by repeated testing of the vaccinated participants’ close contacts. The genetic finger­prints of virus samples will be taken, giving insight into how the shots work against variants.

Finally, this study could tell us when we can take our masks off.

The reward for your patience: the frippery today is Boomers Got the Vax from Saturday Night Live. The video is 3-1/2 minutes and (content warning) it gets a bit raunchy towards the end. Another content warning: Millennials who watch this video will observe steam emerging from their ears.