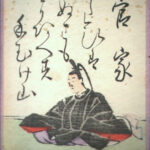 Three items of pandemic news you may have missed recently: Canada is strug­gling; J&J is ordered to take over Emergent’s factory; and the mRNA vac­cines appear safe and effective in pregnant women. Plus news briefs and a frippery.

In the largest study to date of vaccine safety and immunogenicity in pregnant and lactating women, researchers studied 131 women ages 16-45 (64% pregnant, 24% lactating, and 12% neither). All received two shots of either Moderna’s or Pfizer’s mRNA vaccine. Blood samples were taken at first and second shot and again after 6 weeks. Antibody levels were found to be similar in all groups, as were (minor) side effects. Those women who had experienced Covid-19 while pregnant showed higher antibody levels — the shots acted as a boost.

And antibodies were found in both umbilical cord blood and breast milk. So the babies had been receiving some level of protection, passed on by the mothers, both in utero and after birth.

Here are coverage at NPR, Pfizer’s press release, and a preprint at the journal of the American Journal of Obstetrics and Gynecology.

Last time we talked about the major snafu at Emergent’s plant in Baltimore, contracted to help produce both AstraZeneca’s and Johnson & Johnson’s vaccines. The mistake cost up to 15 million doses of J&J.

Now the Biden administration has relieved Emergent of any role for the Baltimore plant. AstraZeneca is searching for another manufacturing partner, and J&J is taking over the production lines in that plant.

The Department of Health and Human Services directed J&J to install a new management team and take over all aspects of manufacturing. With AstraZeneca’s operation moving out, J&J will have more space and capacity to devote to making their authorized vaccine.

While the US has fully vaccinated over 20% of its population, Canada has not yet achieved 2%, placing it 50th among nations according to the Johns Hopkins tracker.

In British Columbia, the B.1.1.7 (UK) variant is the most widespread form of SARS-CoV-2 in circulation, but authorities are keeping a close eye on the rapidly growing P.1 variant (out of Brazil). It is said to be 2.5 times more infectious than the ancestral strain. P.1’s spread is especially strong in young people, aged 20 to 39. This variant showed up suddenly in British Columbia on March 9, when researchers detected a clus­ter of 13 cases. Since then, two outbreaks at ski resorts appear to have been fueled by P.1.

The Globe and Mail mentions a new rapid testing strategy in use in the province, which can identify with­in a day which variant caused a positive PCR test result. Technical details are not spelled out for this ap­proach; it sounds like it merits wider use.

Meanwhile in Ontario, the pandemic is reported to be “completely out of control,” and the province has entered a third period of strict lockdown.

For today’s frippery, please meet Hitoshi Yasui, who is known as “Chair House” — we are not told why. He is past the halfway point in a project to create 4,536 piano works and post them on­line. He has been at it for seven years, composing and posting one piece per day, and expects to be done in 2026. That very par­ticular number he is aiming for is the count of poems in a beloved 8th-century anthology of Japanese poetry called the Man’yō-shū, or “The Ten Thou­sand Leaves.”

The piano pieces are posted on Soundcloud. Each is two or three minutes long and bears an evocative title such as “By The Immense Vista Of Thought Presented To Our Consideration” and “Consecrate Himself To Undisturbed Adoration Of The Beautiful” — possibly these are the titles of poems from the ancient an­thol­ogy. The pieces are gentle and contemplative. I looked but could not find an RSS feed for the pro­ject.