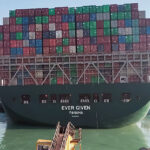 Herewith three items of pandemic news you may have missed recently: Two more Russian vaccines; a primer on T-cell immunity; and fabulous results from a real-world study of vaccine effectiveness. Plus news briefs and two fripperies.

90% effective in the real world

By now you have heard that a study of vaccine effectiveness outside of a formal trial con­clu­ded that the two mRNA vaccines provide 90% protection against infection after two shots.

Note the italics. The vaccines were all designed to prevent severe outcomes of Covid-19: hospitalization, ICU ad­mis­sion, death. This they do splendidly. What couldn’t be guaranteed is sterilizing immunity against infection with the SARS-CoV-2 virus. And, in line with earlier indications out of Israel and the UK, the vaccines do indeed provide that.

Volunteers enjoyed 80% protection even after a single shot of the two-dose vaccines.

Helen Branswell of Stat News summarized the results this way:

The implications are vast and all positive. Herd immunity might be reachable. As this news spreads, more of the vaccine hesitant may be convinced to roll up their sleeves.

The study subjects were nearly 4,000 front-line and essential workers — teachers, firefighters, police, health-care staff — in six states. During the worst of the winter pandemic peak, from mid-December to mid-March, they took nasal swabs or saliva samples at home and sent them for processing. This methodology caught asymptomatic and pre-symptomatic infections — 58% of the total — as well as symptomatic Covid-19, which was the basis of most previous studies.

The study so far has nothing to say about the impact of viral variants. The researchers are sequencing samples and will have a follow-up on the subject in a month or so.

On the most recent This Week in Virology podcast, TWiV #736, guest Alessandro Sette of the La Jolla Institute for Im­mun­ol­ogy discourses on T cells, the aspect of the immune system of which he has made a career. Sette and his team at La Jolla recently released a preprint, now in peer review, which reports:

…the results demonstrate that CD4+ and CD8+ T cell responses in convalescent Covid-19 subjects or Covid-19 mRNA vaccinees are not substantially affected by mutations found in the SARS-CoV-2 variants.

This is excellent news, and should put to rest the minds of all those (like me) who have been hearing news of decreased efficacy of antibody responses in the presence of the viral variants. Antibodies are but one arm of the human immune system; in fact they represent the one that is the easiest to study.

Another reason why I wanted to commend this TWiV episode to you: In it Sette gives the most comprehensible ex­plan­ation of what happens when the immune system encounters SARS-CoV-2 that I have yet heard. If you have any interest at all in bolstering your understanding of the role of T cells in human immunity, devote 8-1/2 minutes of your time to this video beginning at 0:07:30.

And the final reason for linking this TWiV: the host reads a letter I wrote to the podcast (not my first letter but first time on-air). In fact what I wrote to them was a poem, to be sung to the tune of Mister Sandman.

Vincent Raciniello’s dramatic reading (none of the hosts wanted to sing it) starts at 1:45:23. I got a public pat on the back for mentioning T cells.

Like the US and China, Russia has a number of vaccines in the development pipeline (reports indicate upwards of 20). The German broadcaster Deutsche Welle is running a profile of the next two to advance after the widely covered Sputnik V.

In a Russian tradition that hasn’t changed since the Soviet era, not much news has emerged from the country about these vaccines, which are called EpiVacCorona and CoviVac. (Confusingly, another vaccine under development, by Codagenix of New York, is named Covi-Vac. Even more confusingly, sometimes the Russian offering is spelled with the hyphen.) Also in the Russian tradition, both Sputnik V and the emerging vaccines have been authorized by government authorities long before Phase III trials have produced results.

EpiVacCorona was authorized last October, a month before its Phase III began. (Sputnik had gotten the nod in August.) CoviVac’s authorization came in February. These three vaccines make up the backbone of Russia’s plan to vaccinate the majority of its citizens by the fall.

EpiVacCorona was developed by the Vector Institute in Siberia, which is an organ of Russia’s consumer pro­tec­tion agency. The Phase III trial is registered with ClinicalTrials.gov; results are expected in August. Out­come of the Phase I/II trial was published in a somewhat obscure Russian journal and Western experts have ques­tioned its meth­od­ol­ogy. The Tass news agency promises publication soon in “foreign scientific journals.”

The vaccine was developed on a “protein subunit” platform, the first such to achieve any nation’s authorization. (Nova­vax is built on a similar technology.) EpiVacCorona seems to use an aluminum hydroxide adjuvant.

CoviVac was developed by the Chumakov Centre, part of the Russian Academy of Sciences. It is an inactivated whole-virus vaccine. For this reason Chumakov says it may be more effective against viral variants. Little more is known about the vaccine.

See the Brief below about Russia’s export of vaccines motivated by diplomacy.

Now as a reward for your persistence in getting this far, we have two fripperies on offer. The first harks back to the Ever Given, the massive container ship that spent a week blocking the Suez Canal (pictured top left). Between the previous Update and now, that ship has sailed. But in case you miss it as much as I do: enjoy this interactive map that lets you place a scaled-to-fit Ever Given so as to block any waterway or street of your choice anywhere in the world.

Our second frippery is a political guessing game. The NY Times runs this engaging quiz in which you are dropped into a Google Street View of some random neighborhood in the US and you have to guess whether that district voted for Biden or for Trump. Much more difficult than you might think. I scored at the 71st percentile on a first attempt and 96th percentile on the next. Let me know in the comments how you make out. (The Times’s quiz owes a debt of gratitude to the venerable Geoguessr, in which you must suss out your location somewhere in the world of Street View.)