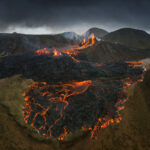 Herewith three items of pandemic news you may have missed: Vitamin D levels vs. infection probability in Black people; variant viruses infecting animals; and the roller coaster that is AstraZeneca’s Phase III results announcement. Plus news briefs and a frippery.

I’m sure you will agree that AstraZeneca has had all the troubles it needs on the path to getting its vaccine authorized — especially in the US. More than 70 countries have given AZ’s shot the go-ahead; the US is not among them.

We were all waiting on the results of its large (32,000-person) US Phase III study to get it back on track in the eyes of US regulators, and perhaps more importantly, the world.

If you were AstraZeneca in that circumstance, would you not do everything in your power to make sure the Phase III trial was carried out and reported unimpeachably?

They did not do that.

On Monday morning AZ issued a press release claiming an overall efficacy of 79%. This came as a big surprise to the Data and Safety Monitoring Board (DSMB), which had advised AZ over the weekend to consider more and different and more current data from the study. This later data — when it finally comes to light — will probably result in a lower efficacy readout. I have seen numbers like 64% and 69% suggested.

The DSMB wrote a sharp memo to AstraZeneca, copying Anthony Fauci (head of the National Institute of Allergy and Infectious Diseases, which empaneled the DSMB), as Fauci revealed in a televised interview this morning. The memo has not been made public so far, but its substance is being reported on. As Monday turned to Tuesday, NIAID posted a memo calling on AZ to redo the analysis as its DSMB had forcibly requested. AZ quickly complied publicly, saying the company would publish an update within 48 hours.

It was Fauci who called AstraZeneca’s moves an “unforced error.” Other observers were less circumspect (and who among us is not less circumspect than Anthony Fauci?), pointing out that the nature of these events is un­precedented. The workings of DSMBs and study sponsors are almost always carried out behind closed doors. Dr. Eric Topol said: “I’ve never seen anything like this. It’s so, so troubling.”

Here is some of the coverage of the debacle so far, in reverse chronological order. The Washington Post’s piece late this afternoon reported based on the comments or people close to the DSMB — I’m guessing it’s some of the board members themselves.

I will be very surprised if the FDA ends up giving AstraZeneca’s vaccine an emergency use authorization. As several of the outlets cited above have pointed out, this country hardly needs that vaccine. We are on track to be in a position as early as June to protect the entire country with the vaccines coming from the three suppliers already authorized.

It is called “spillover” when a disease jumps from non-human animals into people, as SARS, MERS, and SARS-CoV-2 have done. When that disease jumps again in the opposite direction, the term is “spillback.” The worry, for a human-impacting disease that we are trying to control or eradicate, is that spillback might create a re­servoir from which the pathogen could make the jump back to people after it had been somewhat contained. (Each time a pathogen jumps species, it has another chance to become more deadly or more contagious or both.)

Viral loads from the lung tissues of mice infected with the original and three new strains of SARS-CoV-2 (note vertical log scale). The dashed line marks the limit of detection. This is Figure 1A from Montagutelli et al.

Two stories in the news now put a focus on the phenomenon of spill­back. The first describes the situation with one of the new variants of SARS-CoV-2 in cats and dogs; the second outlines infection of common laboratory mice with three recently emerged var­iants of the original coronavirus.

First, the mice. French researchers infected mouse cells, then living mice, with the original strain of SARS-CoV-2 and three recent var­iants. The original version (dubbed B.1) did not infect the mice. The B.1.1.7 variant (first isolated in the UK) did so to a small extent; the P.1 and B.1.351 variants (from Brazil and South Africa respectively) in­fec­ted the animals more strongly, to the extent that infectious virus could be cultured from their lungs. The researchers’ paper is in pre­print form, not yet having been peer-reviewed or published in a scientific journal.

Only a handful of cases have been reported of SARS-CoV-2 infecting household pets. Partly this is due to the fact that no one is testing them for the virus, and partly to the circumstance that SARS-CoV-2 infections usually produce mild to no symptoms in pets. Experts in infectious diseases believe that cats and dogs play essentially no role in disease transmission during the pandemic.

A team of veterinarians in England recently noticed a surge in cases of the heart condition myocarditis in pets brought into their clinic. Upon testing a number of the animals for SARS-CoV-2, they found three of them positive for the B.1.1.7 variant of the coronavirus. And separately, a veterinarian in Texas found both a dog and a cat from the same household testing positive for the same variant. (Both of the linked papers are preprints.)

There isn’t evidence so far directly linking myocarditis (in animals of people) with Covid-19. And there is no indication one way or another whether pets infected with B.1.1.7 are more likely than before to transmit the disease to humans. But it is certainly worth keeping an eye on pets in the time of Covid-19, and performing experiments directed at answering these questions. And looking for evidence of the other viral variants in companion animals.

We haven’t mentioned vitamin D here so far because the studies on whether it makes any difference to out­comes of Covid-19 have been inconclusive or showed contradictory results. Finally we see two studies that point to a solid answer to the question of what vitamin D has to do with the disease, at least for one sub-population, and a possible answer as to why earlier studies haven’t shown clear results.

The work was done at the University of Chicago Medical Center. Here is a news release on one of the studies, and the paper in JAMA on the other. The University of MN’s CIDRAP has a summary of the new research.

The upshot is that levels of vitamin D higher than the levels normally considered sufficient may be protective against SARS-CoV-2 infection for Black patients. The same pattern is not seen in white or Asian people.

Two reasons may explain why this correlation has not been noted before: race may not have been considered, and earlier studies may have looked only at vitamin D levels up to that normally deemed adequate for bone health. “It may be that different levels of vitamin D are adequate for different functions,” the leader of the research said.

That traditionally adequate level is 30 nanograms per milliliter (ng/mL) of blood. The study written up at JAMA found that infection probability varied with vitamin D levels up to and above 40 ng/mL, for Black patients. As the CIDRAP summary puts it, “…the odds of infection dropped by 5% for every 1 ng/mL increase in patients with a vitamin D level of at least 30 ng/mL.”

Black people are generally more likely to be low in vitamin D than whites, for one reason because the extra melanin in their skin results in lower levels of the vitamin converted from sunlight. Socio­economic, dietary, and stress factors probably also play a role.

The inferred relation of SARS-CoV-2 infection probability to underlying vitamin D level is not a linear one. This sounds like an area ripe for more research. In general, levels below 20 ng/mL, and those between 30-40 ng/mL, resulted in about 2.5 times higher probability of infection than levels above 40 ng/mL. From CIDRAP’s summary:

Vitamin D supplements up to 4,000 international units per day are generally recognized as safe for most people. I don’t know the relationship between IU of supplementation and blood levels of vitamin D; this is a question for your doctor.

Here’s the reward for your patience: the frippery today is live video and aerial images of the volcano erupting now in Iceland. (Here is your soundtrack; unfortunately this version was performed without benefit of Mister Utley.) The Iceland volcano is in a wilderness area far from any settlement, so we get to enjoy the spectacle of nature’s power without being overly concerned about danger to people.