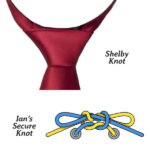 Three items of pandemic news you may have missed recently: Kids and Co­vid-19; enhanced lethality of the B.1.1.7 variant; and more on the pause in AstraZeneca shots as Europe investigates a rare condition. Plus news briefs and a frippery.

AstraZeneca and the pause

The number of countries that have paused administering the AZ vaccine is now 15, by my best reck­on­ing. Even if the WHO and the European Medicines Agency determine that the blood problems some people have had are coincidences and unrelated to the vaccine, it is hard to see how AstraZeneca can regain the confidence of European citizens.

Derek Lowe wrote about the AZ situation this morning, and commenters on his blog brought out more details, elaborated below.

Earlier reports talked about the incidence of blood clots in general. Their normal rate of occurrence at 300 to 650 per 100,000 people per year swamps the handful of reported incidents following vaccination with AZ’s shot. Later reports — for example this from the Washington Post this afternoon — have narrowed down onto the rather rare condition, cerebral venous sinus thrombosis, seen in a number of the European incidents.

Germany reported seven cases of CVST after 1.6 million people had gotten the AZ vaccination over a month and a half. According to Johns Hopkins Medicine, the expected incidence of CVST is five per million per year. At this rate, there should have been only one (or so) case of CVST, not seven. The Post reports, “The European regulator [EMA] says that while overall rates of blood clots in those vaccinated are not higher than normal, its review will focus on reports of elevated levels of these rarer type of clots.” The EMA is expected to release its findings on Thursday March 18.

The timing of all this is unfortunate for AstraZeneca for another reason. Reuters is reporting that the company’s 30,000-person US Phase III trial has reached its designed end point (150 cases of Covid-19) and the outcome is under review by an outside panel. Results could come out any day now, and a filing for an EUA from the Food and Drug Administration could follow quickly.

There is a high probability that this variant, first isolated in the UK, is not only more transmissible but also more deadly than its predecessors. A study published in Nature found a 61% greater risk of death in a retrospective look across 2.2 million Covid-19 cases in the UK. Another study that appeared in The BMJ reported a 64% increased risk of death when examining almost 55,000 cases. Here is CIDRAP’s summary of the research. 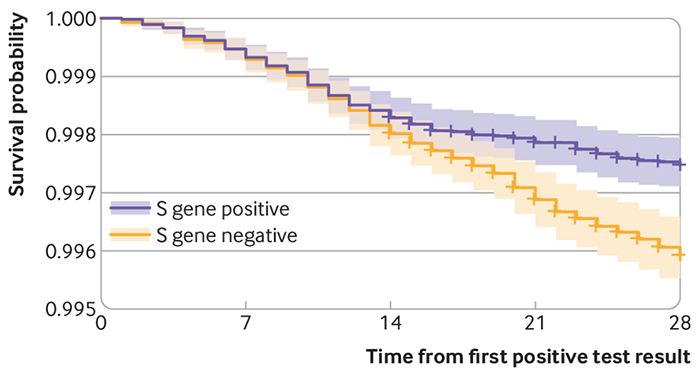 Bad as it is, this variant is not the worst of them. So far all indications are that the authorized vaccines do well against it, with a perhaps slight diminution in efficacy. Contrast this with South Africa’s B.1.351, which gives all the vaccines problems, especially AstraZeneca’s (which is not yet authorized here). It was for this reason that South Africa paused the AZ vaccine weeks before the European clot issue surfaced.

By a happy accident, it is possible to spot B.1.1.7 by the way it reacts to a particular Covid-19 test. The so-called S gene dropout in the TaqPath assay acts as a proxy for the presence of B.1.1.7, which would otherwise require full genome sequencing to identify.

The general perception and belief for the last year has been that children are less likely than adults to be infected with SARS-CoV-2. A new paper in the journal Clinical Infectious Diseases casts serious doubt on this assumption.

The author of that paper, Zoë Hyde of the University of Western Australia, argues that there are two principal reasons why the myth of a lower attack rate in children developed: we don’t test kids much, and they may only be infectious for a very short window of time.

The CDC’s stance on kids and Covid seems to be overly sanguine. The metric used in their paper is hos­pit­alization rate. It is true that hospitalization rates for teenagers and younger people are extremely low, but that may not be strongly indicative of infection rate. Kids’ infections are more likely to result in a mild or even asymptomatic case of Covid-19 — about twice as likely as for adults, according to Hyde.

Combine this fact with the US bias towards testing only once symptoms appear, and you can see how this could contribute to an undercount of childhood cases.

Compounding the dearth of testing is the (fairly robust) finding that, when infected, children may be shedding virus for a shorter time than adults: only two days on average, compared to five days for adults. So kids are more than twice as likely to show up PCR-negative even in the rare instances in which they are tested.

Looking at seroprevalence surveys, Hyde cites studies from Italy and Brazil pointing to similar levels of children and adults who have antibodies indicating they have recovered from the disease. (In the Italian study from last year, children’s seroprevalence was even higher than that of the oldest adults, the result of what Hyde calls “survivorship bias” — i.e., the older people who got Covid-19 mostly died.)

The hosts on This Week in Virology went over Hyde’s paper in last week’s podcast, TWiV #731. If you can spare the time, listen to 11 minutes’ worth of their discussion beginning at 23:33. One compelling point the TWiV team brought out: children are not immune from long Covid. A UK study found that 12.9% of kids had symptoms weeks after clearing the disease, compared with 22% of adults.

The belief that children don’t get infected much should no longer be used as an argument for why schools ought to be reopened.

As a reward for your patience, the frippery today is a pair of sites devoted to tying knots. Animated Knots uses unique step-by-step animations to illustrate (as best I can count) 202 knots across a dozen subject areas: boating, climbing, fishing, surgical, etc.

I turned first to what I have long known as the Shelby Knot, a method of tying a necktie I discovered only late in my time of wearing ties (which ended decades ago). It was popularized by Don Shelby, a local Twin Cities celebrity whom some of you probably know. The Animated Knots site has filed this knot under the name Pratt, which I guess is what those not from around here call it.

My other favorite knot site was created by Ian Fieggen, and it is devoted to the many ways one can lace up and tie shoes. For the last 20 years I have employed Ian’s Secure Knot (above left, with its friend Shelby) for this humble, everyday purpose.

I have a standing offer open to my wife to teach her this superior method of tying shoes, but she is adamant that the way her mother taught her when she was 5 years old cannot possibly be bettered.