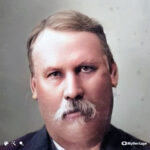 Herewith three items of pandemic news you may have missed recently: Youyang Gu’s model of the path to herd immunity; hesitancy from several directions about Johnson & Johnson’s vaccine; and the latest on pandemic passports. Plus news briefs and a frippery.

We have been writing about Covid passports: some physical token, a card or smartphone app, indicating one’s state of immunity or safety regarding the virus, for purposes of ad­mis­sion to some venue or activity. MIT’s Technology Review has an update on the subject with a focus on Israel.

Denmark was early in touting the concept of a pandemic passport, and last month they announced the coming re­lease of a passport app. At this point it is more aspirational than fleshed-out; its first use may be 4 or 5 months away.

Israel, the nation that has vaccinated a higher percentage of its citizens than any other, starts down the path to pass­ports with certain advantages: the country already has in place national electronic health records and a universal ID system. (In the US the lack of such systems will be a drag on any passport efforts.)

Israel’s “green pass” app was released on Feb. 21; the government has produced and released a glitzy video showing all the doors that a passport could open for citizens: dining, movies, concerts, the gym. The video is in Hebrew and captioned in the same, but Technology Review provides these sound bytes: “How much have we missed going out with friends? With the green pass, doors simply open in front of you… We’re returning to life.” Such images are “catnip for anyone who’s been through a year in varying degrees of lockdown,” according to TR.

The article discusses privacy challenges with any passport scheme, but frankly I am not convinced that there is a major problem here. The crux of the concern expressed by the privacy expert consulted by the reporter amounts to “the pass reveals information that those checking credentials don’t need to know.” There is much to recommend simplicity of operation for a passport app; slicing and dicing the data paths for different audiences sounds to me like a recipe for never shipping an app in the first place.

The sensitivity over how J&J’s vaccine is perceived, which we have been writing about for a while now, has been prom­i­nent in the news lately. The Washington Post’s writeup is a good example (see also the Boston Globe).

The sensitive issue of a perceived two-tier vaccination system came up in a recent call between President Biden and state governors. Massachusetts’s Gov. Charlie Baker stressed the need for officials to communicate clearly about the vaccine’s benefits. J&J’s shot is not inferior to the mRNA vaccines, but the data behind this conclusion are subtle. Widely communicating the nuances will not be easy.

The archdiocese of New Orleans threw another spanner into the works today by raising concerns about the morality of the J&J shot. At issue are the “morally compromised cell lines” used to manufacture the vaccine — i.e. products derived long ago from aborted fetuses. (See Doug Pardee’s deep dive for background on this tricky subject.) The New Orleans archbishop’s concern goes against the pronouncement of his Pope.

Data scientist Youyang Gu has been using AI to model the pandemic, projecting infections, hos­pit­al­i­za­tions, and deaths into the future, for nearly a year. His latest effort, begun in December, projects our path to normality, a.k.a. the timeline for reaching herd immunity. Cutting to the chase: around June of this year.

In Gu’s model, by around June 10, daily new infections in the US will have fallen to about 35,000 (the number is about 122,000 today). Infections stay approximately steady at that level for the rest of 2021, and daily deaths hover in the high hundreds. (Some epidemiologists have recently been discussing the criterion that full societal normalcy could return once deaths drop to around 100 per day.)

The model takes account of the virus variants in circulation, and assumes that B.1.1.7 (first identified in the UK) will dominate in the US. Gu is keeping an eye on the other variants and will update the model if they become more important.

At the end of Gu’s page, he lists all of the assumptions that have gone into building the model: 7 basic assumptions, 15 on vaccination, and 9 on infection. If any of these assumptions proves inaccurate, the model’s projections could be affected. I trust Gu to adjust the model in response to new data.

Thanks to Dan O’Neill for the pointer to Gu’s latest work.

Your frippery today is Deep Nostalgia. This is an almost magical use of AI technology — in equal parts amazing and disturbing — to animate photographs of one’s ancestors. (Think of the moving newspaper photos in the Harry Potter universe).

The link above takes you to the animation of my great grandfather, John Frank Burton (above left), from an 1889 photo. The My­Heritage software also first cleaned and sharpened the image, then colorized it. You can do the same with your own ancestors; you merely need to set up a free account at MyHeritage.

You may notice that John Frank’s mouth moves in a slightly peculiar way: my suspicion is that the AI algorithm got a bit confused because it had not been trained on a sufficient number of droopy mustaches.