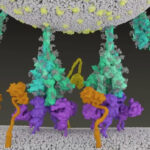 Herewith three items of pandemic news you may have missed: Concern about re­in­fec­tions in Israel; evidence that the B.1.1.7 virus variant causes more serious disease; and an introduction to the newest variant from California. Plus news briefs and a frippery.

This new variant was detected in southern California and is now spreading across the US and to other countries. It was first seen in virus samples in July. Its presence grew during the surge beginning in October 2020, and by late January CAL.20C accounted for 35% of the cases in California and 44% of those in the southern part of the state.

The variant features five mutations that distinguish it from its parent strain, 20C (the version from Europe that first grew to dominance in New York early in the pandemic). Three of the mutations affect the spike protein, and they could plausibly enhance the virus’s ability to infect cells.

The authors of the paper in JAMA introducing CAL.20C state that “the functional effect of this strain regarding infectivity and disease severity remains uncertain.” In other words, this variant may be more transmissible and/or more deadly, but the available data do not support either conclusion as yet.

In an accompanying commentary in the same JAMA issue, Dr. Anthony Fauci and two co-authors outline in simple language the situation with viral variants around the world, and call for a system of global surveillance and testing that includes the experiments necessary to identify the different phenotypic characteristics of the variants that are discovered.

Confidence increases that B.1.1.7 is more deadly

Evidence is solidifying that the B.1.1.7 verison of the virus is more likely to result in hospitalization and/or death, a British government advisory panel has concluded. This assessment, to which the panel assigned a certainty of only 55% to 75%, upgrades their take last month that a “reasonable possibility” exists that the variant causes worse disease outcomes. 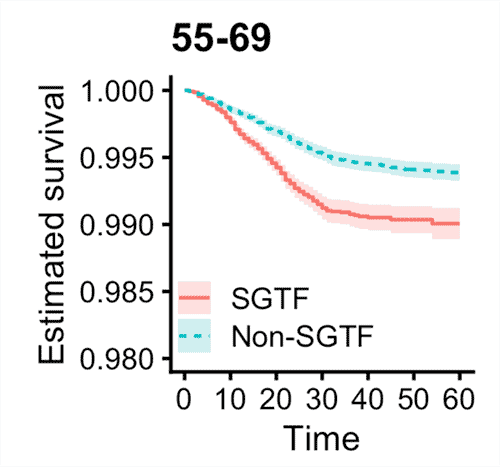 It is conceivable that the higher death rate observed in Britain is mostly due to the greater ease with which B.1.1.7 spreads in environments of frail and vulnerable people, such as nursing homes. One reason the researchers could not rule out this possibility is that the people under study had all tested positive at community testing sites, not at hospitals. This quirk was due to the tests mostly used in the hospitals, which could not pick up the genetic change that most researchers are using as a proxy for the variant (full genetic sequencing of thousands of samples is impractical).

Here is the NY Times’s coverage of this not-so-great news out of England.

The way to fight the B.1.1.7 variant, which is spreading rapidly in the US and elsewhere, is the same way we fought the original Wuhan strain: masking, distance, avoiding crowds, hand-washing — and in the last resort, lockdowns. These measures can buy us enough time for vaccination to make a difference in the course of the disease through the population.

Israel’s experience is being watched by public health officials worldwide, as it is the farthest along in a population-scale vaccination program.

One choice Israel made early in its vaccination program is now being scrutinized: the decision to exclude from vaccination those who have recovered from Covid-19. The public health authorities were acting on the belief that natural infection conveys robust immunity for at least a number of months. This belief is bolstered by the low rate of cases of reinfection. But the new variants arising have begun to cast doubt on this calculation.

Israel has now seen three cases where recovered Covid-19 patients were reinfected by the B.1.351 virus strain, the one first isolated in South Africa. The first patient’s reinfection led to a very mild case of Covid-19, but the second’s was far more serious.

(In South Arica, researchers have identified over 4,000 cases of possible reinfection, on a base of 1.1 million infections. They say that the role of the B.1.351 variant is unclear.)

Israeli authorities are now considering whether the recovered should be vaccinated, and whether they should get one or two doses of the vaccines designed for a two-dose series.

At the same time, France has come to a decision on this question: the recovered (numbering 3.4 million in France) will get a single dose of Moderna’s, Pfizer’s, or Oxford’s vaccine, administered three to six months after recovery. France is the first nation to arrive at this decision.

As a reward for your patience in getting this far, your frippery is the Radio Garden. The beautiful UI of this site lets you spin the globe and zero in on streaming radio stations across the planet. I don’t know how many stations are included; hundreds to thousands at a guess. Here for example is Sweet Radio SVG, in the nation of Saint Vincent and the Grenadines — the country voted most likely to be mistaken for a rock band.