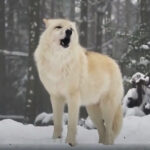 Three items of pandemic news you may have missed recently: FDA signals a streamlined approval path for vaccine updates; South Africa halts AstraZeneca distribution; and Moderna demonstrates its shot’s efficacy against viral var­i­ants. Plus news briefs and a frippery.

Moderna scientists have published in Nature the results of experiments dem­on­str­ating that the company’s mRNA vaccine is effective against engineered viruses containing a number of mutations of concern.

The researchers engineered SARS-CoV-2 virus to add combinations of four distinct mutations to the spike protein, including those present in the variants first isolated in the UK (B.1.1.7) and South Africa (B.1.351). They found that the ability of sera derived from vaccinated people to neutralize the variants was 0.81- to 1.46-fold times that of their performance against the parent virus (without those mutations).

For comparison, in influenza the signal that the virus has changed enough to suggest a strain change in the next round of vaccines is a factor of 4 degradation in performance (as measured by neutralization geometric mean titers).

The researchers acknowledge a limitation of their study: that their engineered viruses contained a cherry-picked set of the mutations present in the wild. But those spike mutations are the ones most likely to in­ter­fere with induced antibodies.

So the conclusion is that Moderna’s vaccine should continue to be effective against the current set of var­iants, at slightly reduced efficacy especially in the case of B.1.351.

South Africa had been planning to vaccinate 1,000 health-care workers using the AstraZeneca / Oxford vaccine. Those plans were put on hold following an experiment that pointed to a lowered efficacy of the vaccine in staving off mild-moderate cases of Covid-19, due to the dominance of the B.1.351 variant in that country.

But the study was of such a small scale — 2,000 young volunteers — as to be quite limited in what con­clu­sions can be drawn from it. While the calculated efficacy of the vaccine dropped over the course of the study from 70% to a startling 22%, as B.1.351 spread rapidly, experts caution that the lower number is nearly meaningless. The error bounds are -50% to 60%.

And the study was designed to look only for mild and moderate Covid-19, not severe disease, hos­pit­al­i­za­tion, or death. Oxford’s vaccine probably performs well in forestalling the more serious end of the Covid-19 spectrum, which is the main goal of every vaccine under development. (In fact AstraZeneca has performed lab studies similar to Moderna’s, profiled above, and found its vaccine’s efficacy reduced but not nullified by some of the variants.)

Oxford and AstraZeneca are hard at work on a next-generation vaccine aimed at the current crop of vari­ants. It could be delivered later this year as a booster shot to those who have already received the original formulation.

FDA: no need to start from square one

Within a few weeks the FDA should have draft guidance on what kind of documentation vaccine makers will need to submit after they tweak their authorized (or approved) vaccines to account for new viral variants.

In a statement published late last week, the agency pointed to its experience with other evolving in­fec­tious diseases — flu and HIV in particular — to show the way forward as vaccine makers and the developers of therapeutics work on enhanced formulations.

It seems clear that reformulated vaccines will not need to go through months-long clinical trials to dem­on­strate their continued safety and efficacy.

To reward your patience, the frippery today is a brief video tale of wolves and rivers. In less than 25 years since wolves were reintroduced to Yellowstone National Park, they have transformed ecosystems for the better in ways that I would not have imagined. The narrator, George Monbiot, could enter this video in a David Attenborough sound-alike competition.