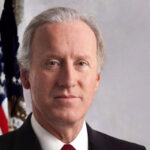 Herewith three items of pandemic news you may have missed recently: Cau­tion­ary lessons from Brazil’s second wave in Manaus; CureVac’s manu­fac­tur­ing partnership with Bayer; and long Covid’s entanglement with auto­anti­bodies. Plus news briefs and a frippery.

In December we wrote about earlier studies exploring the role of auto­anti­bodies in the course of Covid-19 disease. AABs are antibodies produced by the immune system that, instead of going after a pathogen, attack the body’s own tissues. The NY Times’s Apoorva Mandavilli calls AABs “the misguided soldiers of the immune system” in an accessible introduction to the frontier of knowledge about Covid-19 and its long tail.

A new study posted in preprint form (not yet peer-reviewed), led by Yale immunologist Akiko Iwasaki, used a rapid assay to screen Covid-19 patients and controls for AABs that attack thousands of different tissues and cell types. They found that AABs were far more prevalent in SARS-CoV-2-infected people, with “…a high prevalence of auto­anti­bodies against immunomodulatory proteins including cytokines, chemokines, complement components, and cell surface proteins. We established that these auto­anti­bodies perturb immune func­tion and impair virological control…”

Another new preprint examines, among other questions, how AABs may persist for months after Covid-19 infection, prompting speculation about their role in long Covid. The researchers examined the levels of 18 AABs in small numbers of people divided into four groups:

– 9 convalescent SARS-COV-2-infected subjects with asymptomatic to mild viral symptoms during the acute phase with samples obtained between 1.8 and 7.3 months after infection

It is the third group that is of interest here. Of the nine subjects whose samples were collected from 2 to 7 months after infection, five had continuing symptoms; all of those showed high levels of AABs. Of the four who did not exhibit long Covid, two also had showed elevated AABs. The number of subjects is small, and the researchers’ conclusions need reinforcing by larger studies, but there is a suggestion of association between long Covid and auto­anti­bodies attacking immune system components.

We noted last December that CureVac’s candidate vaccine was going into Phase IIb in Europe, segueing into a larger Phase III in Europe and Latin America. In addition to the micro-factory manu­fac­tur­ing hookup with Tesla noted at the link above, the German company has signed a deal with Bayer to manu­fac­ture 160 million doses of its candidate CVnCOV.

While Bayer has a well established pharmaceutical line, the company has not manu­fac­tured vaccines before. Bayer will also help CureVac with clinical development, regulatory affairs, and sales outside the EU, the companies said. (Like BioNTech and Moderna, CureVac has not fielded a commercial product to date.)

The doses to be manu­fac­tured by Bayer are in addition to the 300 million CureVac has committed to pro­duce. Bayer’s contribution should start coming online late this year and mostly be delivered in 2022 — assuming CureVac’s Phase III and authorization succeed.

What is happening in Manaus could be a red flag waving for the rest of the world. James Hamblin has a long and sobering piece in The Atlantic that sounds the alarm. The city of 2 million in the rainforest is experiencing a crushing second wave of Covid-19, after experts believed it may have come close to herd immunity following a devastating first wave in April.

One explanation for this unexpected second wave could be waning immunity in those who were in­fec­ted the first time, after 8 months had passed.

Another, more worrying, problem may be: against what, exactly, did the citizens of Manaus achieve herd immunity? Perhaps against the original version of the coronavirus out of China or its early mutated forms. It may be that the new variant, P.1, first isolated in Brazil, has largely escaped the immunity to Covid-19 conferred on 3/4 of the population of Manaus by earlier encounters with the disease. One case of reinfection with P.1 has been documented, but it is not known to what extent P.1 is a factor in Manaus — very little genomic sequencing is being done there.

Hamblin’s piece concludes with a plea to advanced nations not to hoard vaccine, leaving the virus free to run wild in poorer countries in the coming years. That is a recipe for prolonged pandemic. We really are all in this boat together.

Your frippery today is a series of renderings by Magdalene Visaggio, @MagsVisaggs, showing what US presidents might look like as modern men. That’s the Father of our Country up there at top left. Vis­aggio writes, “Everything you see here is done in Faceapp + Airbrush on my phone… each takes be­tween 15-30 [minutes].”