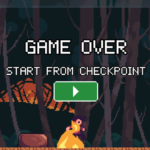 Herewith three items of pandemic news you may have missed recently: Booking a shot in Minnesota; low dead-space syringes; and Norway is investigating the deaths of elderly vaccine recipients. Plus news briefs and a frippery.

Both mRNA-based Covid-19 vaccines available in the US cause fairly marked reactions in most people who get the shots; they are “reactogenic,” as the medical jargon has it. You have heard about the sore arm, the fever, chills, nausea, vomiting, headache, joint pain, and other passing symptoms that signal that your immune system is working overtime to learn about the SARS-CoV-2 threat. But for some people — the frail elderly in particular — this reactogenicity can be dangerous.

Norway began its vaccination program with its most vulnerable population: elderly people in nursing homes, often with existing serious illness. As of last weekend the country had tallied 29 deaths in this population soon after vaccination with the Pfizer / BioNTech shot. Authorities have investigated 13 of the deaths and are working on the others. The deaths studied so far do not involve (rare) allergic reactions, but may have been cases where normal reaction to the shots fatally worsened pre-existing conditions. “The findings have prompted Norway to suggest that Covid-19 vaccines may be too risky for the very old and terminally ill,” according to Bloomberg.

Here are the announcement from the Norwegian Medicines Agency, a report in the BMJ, and a note from Germany (original, Google translation) where 10 similar deaths are under investigation.

Last month we wrote about the discovery that Pfizer / BioNTech vaccine vials, nominally containing five doses, could sometimes yield six or even seven doses. The reaction from the outgoing ad­min­is­tra­tion’s vaccine distribution program was, more or less: “Oh yeah, go ahead and use the extra shots if you find them.”

The incoming administration provides an example of what competent, adult crisis management can accomplish. The Biden team has focused on the syringes provided by Operation Warp Speed and Pfizer. Some of them are “low dead-space” and some are not. The ones that are waste less vaccine — it can be the difference between 84 μl thrown out per shot and 2 μl for low dead-space needles (see illustration). The incoming managers of vaccine distribution want to assure that all needles shipped out are the low dead-space kind, and they may invoke the Defense Production Act to ensure that it is so. Voila: 20+% more vaccine for little effort and little cost.

Booking a shot in Minnesota

Beginning at noon today, if you live in Minnesota and you are over 65 or a teacher or a child-care worker, you can attempt to snag an appointment for your first of two Covid-19 vaccinations. Shots will be delivered at nine vaccination sites around the state: Anoka, Brooklyn Center, Fergus Falls, Marshall, Mountain Iron, North Mankato, Rochester, St. Cloud, and Thief River Falls.

Governor Walz has said that only about 12,000 shots will be delivered through this program in the first week, so “This is going to be harder than going to Ticketmaster and getting Bruce Springsteen tickets,” as he put it.

I tried, in multiple browser windows and with repeated phone calls to 612-426-7230 and/or 833-431-2053. Online I successfully got into waiting rooms for four of the locations, but went no farther; never connected by phone. The systems, online and phone, displayed many and various error conditions over the hour of my attempts.

Reservations will open up again next Tuesday at noon, and every Tuesday thereafter for a while.

At the rate vaccine is currently coming in to the state, it would take four months to cover the million or so Minnesota citizens eligible in this cohort.

Having made it this far, you have earned your frippery. Today we have for you the 2020 Game, an old-fashioned linear obstacle-course style game in which your player gets to avoid all of the myriad horrors that last year threw at us. It’s quick to play — took me only about 20 minutes to get through to 2021 and I’m not a gamer. It is vastly amusing and the payoff in 2021 is totally worth it.