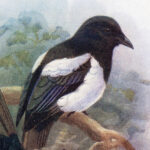 Herewith three items of pandemic news you may have missed recently: A particular risk of diabetes with Covid-19; worries of vaccine escape by the South African variant; and the many ideas floated for bolstering vaccine sup­ply. Plus a frippery.

Ways to get more vaccine into more arms, quicker

As the pandemic rages unchecked in the US, the UK, and elsewhere just as the first vaccines come online, experts are casting about for ways to make scarce vaccine supplies stretch further and to get more people vaccinated sooner. Here are some of the strategies that have been promoted in recent days:

There are two factors mitigating against all of the above ideas. First, the available data does not rig­or­ously support any of them. Second, they would not help get vaccine into arms in the US any quicker, because the problems of last-mile vaccine distribution would continue to dominate.

Anthony Fauci has spoken against any alteration of the conditions that were rigorously tested in Phase III trials and authorized by the FDA: “The fact is we want to stick with what the science tells us.” A spokesman for Pfizer denigrated the idea of changing the dosing schedule. A Moderna spokesman said the company could not comment on altering dosing plans.

And now the FDA seems to have nailed the coffin shut on any such alterations, in the US at least.

We have committed time and time again to make decisions based on data and science. Until vaccine manufacturers have data and science supporting a change, we continue to strongly recommend that health care providers follow the FDA-authorized dosing schedule for each Covid-19 vaccine.

Vaccines might be less efficacious against the SA variant

Much attention has been focused, rightly, on the UK variant of SARS-CoV-2, which has long been sus­pected of being more infectious; it now seems confirmed that the variant does result in higher viral loads upon infection (with the caution that this is a preprint, not peer-reviewed). There has been low-level worry that the variant might be somewhat more robust against the vaccines that have been authorized. For the UK variant in particular this worry is fading now.

However the similar, but distinct, variant that has arisen in South Africa presents more concern about (at least partial) immunological escape, according to the head of the British health service and vir­olog­ical experts.

It is fortunate that both Oxford / AstraZeneca and Johnson & Johnson are conducting Phase III studies in South Africa at the moment. Both expect to have real data soon on whether those who got shots while the new strain was circulating show any difference in rates of infection or disease. J & J says their study could read out as early as a few weeks from now.

A risk of diabetes and Covid-19

People with type 2 diabetes who contract Covid-19 are at increased risk of developing a rare but serious complication if they take one particular class of glucose-lowering drugs. According to research pub­lished in the journal The American Association of Clinical Endocrinologists Clinical Case Reports, patients who receive SGLT2i drugs (sodium-glucose cotransporter 2 inhibitors) might be at risk of a particular subset of diabetic ketoacidosis, known as euDKA, in which cells fail to metabolize glucose. The researchers hypothesized that the SARS-CoV-2 virus may be preferentially destroying insulin-producing cells on the pancreas; they also indicated suspicion that the overactive cytokines in some SARS-CoV-2 infections may be involved. Here is an accessible summary of the research.

Your frippery today is a marvelous little meditation on the meaning of magpies in a pandemic, by the writer Helen Macdonald, author of H Is For Hawk.