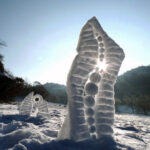 Herewith three items of pandemic news you may have missed recently: FDA in­ves­ti­gating allergic reactions to the first vaccine; the susceptibility of pigs; and the give-and-take among sleep, melatonin, and Covid-19. Plus the usual frippery.

The Atlantic has a long-form piece on the interplay between Covid-19 and sleep. The dis­ease and its long-term sequelae can disrupt sleep. Early in the pandemic, researchers got hints that melatonin, the sleep-inducing hormone, might shorten the course of the disease. Eight clinical trials on melatonin and Covid-19 are in progress around the world.

But The Atlantic’s Dr. James Hamblin has more and subtler points to make than touting yet another miracle sup­ple­ment. He argues that getting a good night’s sleep might be one of the best prophylactics against the disease. Sleep clears the system of inflammatory waste products and helps to maintain communication channels in the brain.

Sleeping better is difficult advice to follow when the pandemic — and 2020 — have upended much of the structure in our lives, let alone when long Covid might be messing with our sleep patterns. Hamblin has some concrete recom­men­da­tions from sleep experts, and some woolier suggestions as well, for encouraging and allowing more restorative sleep. (Hypnotherapy, anyone?)

Last word to Hamblin: “It may well turn out that standard pandemic advice should be to wear a mask, keep dis­tances, and get sleep.”

It turns out that pigs can get Covid-19, but they seem not to get it bad. Experiments early in the pandemic had sug­gested that pigs could not be infected, but recently researchers tried harder. They inoculated subject animals with 10 times the amount of SARS-CoV-2 virus than the first studies had used. Fewer than one-third of the animals (5 out of 16) showed any trace of either virus or antibodies to it in subsequent swab and serum testing. All had some dis­charge from eyes and/or nose, but none developed a temperature or exhibited difficulty breathing. They did not transmit the virus to other animals. None died. So while it seems that pigs don’t represent a particularly strong can­di­date for SARS-CoV-2 crossover with humans (unlike mink), the researchers called for further research into potential animal reservoirs for the virus.

The FDA is investigating reports from multiple states of people having allergic reactions after receiving the Pfizer vaccine. (The states were not named aside from a characterization as “more than one state besides Alaska.” That’s where the first such incident had been reported.) Peter Marks, director of the FDA’s Center for Biologics Evaluation and Research, was asked if there were any particular component of the vaccine that the agency was looking at. He somewhat reluctantly mentioned polyethylene glycol (PEG) — reluctantly because the agency is not ready to say anything definitive yet. PEG is a component of the lipid envelope that contains the mRNA in both the Pfizer and Moderna vaccines. PEG is very widely used in medical and other applications. Dr. Marks speculated that allergic reactions to it may be more common than has generally been assumed.

Today’s frippery is a gallery. For decades Andy Goldsworthy has been making ephemeral art out of nature: rocks, wood, grass. Here is a gallery of his work in the medium of ice and snow. It is just stunning. If you have a chance, seek out Rivers and Tides, a documentary of Goldsworthy’s work made in 2001 (trailer). It seems to be available now on Prime Video. You will not regret spending the hour and a half.

[ Note added 2020-12-23: ] More on PEG: The National Institute of Allergy and Infectious Diseases (NIAID) convened several meetings last week to discuss PEGs with Pfizer, Moderna, and outside experts, according to Science Magazine, to discuss the possibility that PEG is what is behind the reactions. It seems that many people carry antibodies to PEG, which is not as biologically inert as it was once thought to be. The article from Science at the link above has copious detail about PEGylation and those who study our immune systems’ reaction to it. Still, other experts caution that the jury really is still out on whether or not PEG is the problem. And even if it is, vaccination is still worth it; and anaphylaxis is immediately evident and easily treatable.