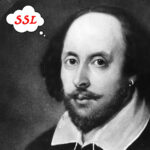 Herewith three items of pandemic news you may have missed recently: How wear­able computers could predict Covid-19; the complicated situation with auto­anti­bodies; and the late-stage trial of German company CureVac’s vaccine candidate. Plus the accustomed frippery.

Some outlets are reporting that the German company CureVac is entering Phase III testing for its vaccine candidate. It is more accurate to say it is entering Phase IIb, in a trial that will segue into Phase III in a month if the safety, reactogenicity, and immunogenicity trial produces positive results as expected.

CureVac’s mRNA vaccine has a couple of significant differences from those put forward by Pfizer / Oxford and Moderna / NIAID. It seems to be more efficient at coaxing human cells to manufacture spike protein, as only 12 μg of this vaccine is needed per dose vs. 100 μg for Moderna and 30 μg for Pfizer. So CureVac has an ad­vantage in manufacturability. And CureVac’s shot can be transported and stored for 3 months at refrig­erator temperatures — no antarctic, or even ordinary, freezers are required.

The Phase IIb trial will enroll 4,000 subjects in Europe, about a quarter of whom will be over age 61. Phase III will add 32,500 more in Europe and Latin America.

The company has been working with Tesla for some time to develop micro-factories equipped with an “RNA Printer”; such facilities could be erected around the world to enable quick and local production of billions of doses of the vaccine.

If the name “CureVac” rings a faint bell, it might be because last March the current (and outgoing) US presi­dent proposed buying the company and moving its R&D to a US location in order to produce vaccines for Americans first. The company’s CEO at the time abruptly resigned, without explanation, shortly there­after.

This being the immune system we’re talking about, the details are almost impossibly complex. Derek Lowe’s blog at Science Magazine conveys this complexity in a way that is almost comprehensible to a nonspecialist (such as myself).

The serious cases of Covid-19 the researchers studied may have been made worse because the patient went in to the disease with higher-than-normal levels of certain autoantibodies (for reasons perhaps involving gen­etics); or the virus may have stimulated the production of such autoantibodies; or both.

Autoantibodies to interferon sound like particularly bad news. If they help to damp down the (early) innate immune response, they set the stage for an overreaction — the “cytokine storm” — by later-acting, adaptive immune mech­anisms.

One aspect of the study that Lowe does not mention: autoantibodies may be important in understanding the phe­nom­enon of “long covid” (which I first wrote about last June): debilitating and unpredictable illness that can persist for months after the SARS-CoV-2 virus has cleared. The Guardian takes up this aspect of the Yale research.

Studies of wearable computers such as the Apple Watch, the FitBit, and the Oura smart ring indicate that these de­vices could potentially detect an oncoming Covid-19 illness days before symptoms emerge. The studies were carried out at three California institutions: the University of California San Francisco, Scripps Research Translational Institute, and Stanford University. (The links are to the studies’ results published between October and this month.)

Stat News summarizes the research. The studies found that algorithms comparing heart rate, temperature, activity level, and sleep pattern data to a baseline could predict the onset of Covid-19 with anywhere from 65% to 80% ac­curacy, several days to a week before the onset of symptoms.

Such smart devices are not likely to become widespread enough in society to make a noticeable dent in disease rates in this pandemic or any later one — for one thing, the devices can cost hundreds of dollars and up. But once the al­go­rithms are refined, these diagnostics could make a difference to people who already own and wear the devices; they number more than 100 million.

The frippery for today is a Shakespeare quote for the ages. Bet you have not heard this one before.

has to be my favourite shakespeare quote pic.twitter.com/dSXZ2EsOGg