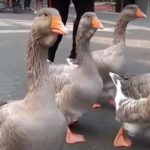 Herewith three items of pandemic news you may have missed recently: Covid tests you should not use; all about dry ice; and the imminence of shots going into arms. Plus a frippery.

In England, regulators are set to approve Pfizer / BioNTech’s vaccine as early as this week, according to Reuters echoing reporting in the Financial Times (which is behind a paywall). The first shots may be delivered by Monday December 7.

Dutch regulators are expected to give the nod to the Pfizer / BioNTech vaccine candidate soon after the EU authorizes it on December 29. Authorization for Moderna’s should follow on January 12.

In this country, the FDA’s panel of experts (the VRBPAC) will meet on December 10 to consider the Pfizer / BioNTech application for an Emergency Use Authorization, and on December 17 for Moderna’s. Assuming the panel approves both and the FDA as a whole follows their advice, the first shots of the two vaccines might be going into arms as early as Monday December 14.

A CDC panel, the Advisory Committee on Immunization Practices (ACIP), is meeting as of this writing to settle on priorities for the scarce early doses of vaccine. They are expected to recommend that health care workers and the residents and workers at long-term care facilities get the first shots. Between them Pfizer and Moderna should be able to supply nearly enough doses in 2020 to cover the approximately 21 million people in the former category and the 3 million in the latter. The actual priorities for vaccine distribution will be up to the states, but they will be guided by ACIP’s recommendations.

Following these early phases of vaccine distribution, expect essential workers not already covered to come next. There are 70+ million of those. Then seniors and those with preconditions that bode ill for Covid-19 disease: well over 100 million. We have already reached more than half of the population before young, healthy people get to line up for their shot.

Once Pfizer’s vaccine candidate is authorized, we’re going to need a lot of dry ice to transport it and keep it fresh while people get vaccinated. The way I figure it, about 125 tons should do it for transport, then about that much again, spread across the nation, every week or so for topping up the shipping containers while the vaccine goes into arms. (Moderna’s shot does not require such extreme cold.)

The Atlantic has a detailed piece on the dry ice industry and its involvement in gearing up for the pandemic response. It includes a detailed profile of how one rural hospital system covering five counties in southeastern Indiana is preparing for the novel cold chain requirements.

Covid tests you should no longer use

Here on the FDA site is a list of Covid-19 tests that have been “flagged by the FDA for market removal.” Don’t use these. The list includes 176 serological tests. A test gets listed here if an EUA request has not been submitted within a reasonable time, or if problems are identified with the test that “cannot be or have not been addressed in a timely manner.”

Hat tip to Greg Bolcer for the link.

Now the reward for your forbearance: the frippery. Behold the geese parade, or ganzenfanfare. They say it is based on an ancient Dutch practice of goose herding. This crew includes a drum major / xylophone player, a dozen Toulouse geese, and a drummer bringing up the rear. (The humans tend to wear clown noses.) They have been bringing joy to European cities for at least ten years. The embedded video is from the Netherlands in April of this year; older ones are linked below.