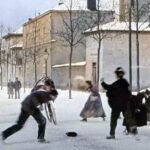 Herewith three items of pandemic news you may have missed recently: cyber attacks against vaccine developers worldwide; a comprehensive clinical trials dashboard; and the elusive allure of SARS-CoV-2 sterilizing immunity. Plus the usual frippery.

The promise of sterilizing immunity

We have now seen early results from trials of two prospective vaccines show­ing that they greatly reduce the chance of getting sick if exposed to the SARS-CoV-2 virus — so-called “protective immunity.” This was the primary end point, the main thesis to be proved, in both trials (and all of the other vaccine trials I am aware of). But could vaccinated people still become infected and pass the infection on to others? Or will any vaccine provide “sterilizing immunity”: protection against the virus itself, not just against Covid-19 disease?

Last week’s class in the MIT course on Covid-19 and the pandemic offered a bit of insight into the above pro­voc­a­tive question. The instructor was Kizzmekia Corbett, a principal in the development of the tech­nology behind Moderna’s mRNA-1273 vaccine candidate. As Pfizer got its underlying tech from its partnership with the German company BioNTech, Moderna partnered for mRNA-1273 with the National Institute of Allergy and In­fec­tious Diseases (NIAID) Vaccine Research Center, at US National Institutes of Health, where Corbett works as a viral immunologist. Here is what she had to say in the MIT course:

Where no other vaccine in the literature had shown robust protection in the upper airway via nasal swab — we were able to show with the 100-microgram dose of mRNA-1273 that by day 2 all of the animals had cleared the virus from the nose. … Not only does this vaccine have implications around protection of disease, but there might be some implications around transmission, as well.

On the subject of sterilizing immunity, keep an eye on the US Phase III trial of Novavax’s candidate, which is listed as having begun on Nov. 2 but is not yet recruiting. According to a commenter on Derek Lowe’s post on the Moderna early results (see the fourth comment), in early trials Novavax demon­strated titers (concentrations) of antibodies five times higher than those shown by Pfizer’s or Moderna’s mRNA candidates. That’s what you want for sterilization.

Thanks to Doug Pardee for catching this detail from Corbett’s lecture. Now that I look back, she had given similar hints in her visit to This Week in Virology (TWiV #670) on October 8.

This dashboard for keeping up with developments towards a Covid-19 vaccine goes both broad and deep. It offers five views into the worldwide vac-scene: Landscape, Clinical trials, Trial mapper, Living review, and Im­ple­men­tation. You can filter the ongoing trials by phase and by the vaccine platform; there are links to the trials’ entries at clinical­trials.gov and to the published (and preprint) papers detailing safety and immunogenicity data.

Three hacking groups backed by Russia and North Korea have been attacking at least seven companies worldwide that are involved in the fight against Covid-19, according to Microsoft. The victims include vaccine makers as well as companies developing tests for the pandemic and assisting in large-scale clinical trials.

The Russian group, which Microsoft refers to as Strontium but which others call APT28 or Fancy Bear, uses (rather crude) password-spraying attacks. This is the same GRU-affiliated gang that hacked Demo­cratic organizations leading up to the 2016 election.

One of the North Korean groups, which deploys sophisticated spear phishing attacks, is dubbed Zinc by Microsoft, but others call it Lazarus. This crowd was behind the destructive WannaCry ransomware attack and the campaign that spread Sony’s cyber-secrets all over the Net. (The second North Korean group, “Cerium,” seems not to have been tracked before.)

According to TechCrunch, Microsoft broke its news as its president was at the Paris Peace Forum, making a case for stronger government action and coordination against such reckless and dangerous cyber actors.

Still with us? Good, here is your frippery. Well-dressed ladies and gentlemen in 1897 Lyons, France, engaged in a spirited snowball fight. The Lumiére brothers captured 52 seconds of it (and it’s a wonder their camera was not drawn in!); modern technology has rendered it in color and smooth motion. Writing in the NY Times, Sam Anderson offers a paean to, and exegesis of, this “52 seconds of joyful carnage.” Thanks to Monty Solomon for the suggestion.