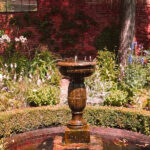 Herewith three items of pandemic news you may have missed recently: the mink mutation gets more wor­ri­some; the case for vaccine Expanded Access; and Eli Lilly’s monoclonal antibody EUA. Plus the accustomed frippery.

Lilly monoclonal antibody gets an EUA

Yesterday the Food and Drug Administration issued an emergency use authorization for Eli Lilly’s mono­clonal therapeutic Bamlanivimab. It is indicated for anyone 12 years of age or older who is diagnosed with mild to moderate Covid-19 and is at risk for developing serious disease. This would include anyone over 65 and/or who has underlying conditions such as diabetes, sickle-cell disease, a heart condition, etc., and who is not hospitalized nor requiring supplementary oxygen.

The drug is administered intravenously in a single dose. It is intended to reduce the viral load in order to de­crease the likelihood of progression to more severe disease.

The US government has purchased 300,000 doses of Bamlanivimab, of the million doses Lilly expect to produce by year’s end, and will make them available without cost to American citizens.

We have written about the perils and pitfalls of the FDA granting an Emergency Use Authorization for one or more of the vaccine candidates in development. Here a group of physicians and public health experts, the Vaccine Working Group on Ethics and Policy, makes the case for an alternative: the expanded access pro­cess.

Expanded access is far simpler for a company to apply for than an EUA, and quicker for the FDA to approve — it could all be done in an afternoon. Expanded access has been used for many drugs, including vaccines, since the 1970s, whereas the EUA dates to the early 2000s and was intended for quick counter-terrorism measures. As the experts explain it:

Expanded access is the use of an investigational new drug product outside of clinical trials to treat patients with serious or immediately life-threatening dis­eases [or] conditions when there is no comparable or satisfactory alternate treatment options.

The choice to apply for Expanded Access is a company’s to make. Once Pfizer has the requisite safety data in hand, its vaccine could be on its way to its first recipients in mere days, without jeopardizing the integrity of either its own or others’ late-stage vaccine trials.

That mink mutation? It emerged once before

The mink farm-bred coronavirus mutation that so concerns Danish health authorities — the one that ap­par­ently reduces the virus’s susceptibility to antibodies from convalescent plasma — arose independently in the Netherlands.

A Dutch researcher examined the genome sequences that Danish scientists had released on a public data­base, comparing them to the genomes of virus from Dutch mink farms collected earlier in the year. He told BBC News:

We have once seen a mutant virus with a comparable mutation in the spike protein encoding region, in mink in the Netherlands, but this mutant did not spread to humans and the mink of the involved farm were culled.

That this worrisome mutation emerged twice seems to me to be a strong impetus — beyond the obvious hu­ma­nitar­ian concerns with the industry — to wind down mink farming everywhere in the world. The Danish and the Dutch are committed to doing so with alacrity; the French currently plan to get out of the business by 2025; and the Polish are said to be considering following suit. The US has 275 mink farms across 23 states (including Wisconsin and Min­ne­sota), so it would seem to require action at the federal level if the industry were to be phased out. Another wild card is China: I have not read any word that the country is con­tem­pla­ting folding the tent on mink farming. (Much of the demand for US and Danish mink comes from Chinese consumers.) The UK was the first country to ban the farming of animals, in 2002.

Your patience is rewarded. Today we have two venerable musicians offering soothing (ambient) music for these frazzling times.

First, Robert Fripp (how appropriate for a frippery) with Music for Quiet Moments #27. The full series is anchored here.

Second, Brian Eno (father of ambient) with The Ending (Ascent):