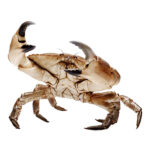 Herewith three items of pandemic news you may have missed recently: a list of 50 voices you can trust; doubts that an EUA might be issued anytime soon; and more questions on how long immunity lasts. Plus the accustomed frippery.

An EUA may not happen soon

Last Thursday an FDA advisory panel met (virtually) for the entire day. The Vaccines and Related Biological Products Advisory Committee consists of outside experts whose job it is to render advice to the FDA on matters touching on vaccines. An FDA representative asked for counsel on whether an emergency use authorization should be granted to one or more vaccine candidates that are expected to cross the finish line soon.

The FDA had put out a guidance document earlier this month proposing that any vaccine maker applying for an EUA should continue their study, not end it prematurely. But Pfizer / BioNTeech have said that their intention would be to wrap up their study and make public their early data upon applying for an EUA — which might happen inside of a month.

According to Helen Branswell’s summary of the FDA advisory meeting in Stat News, the sentiment of the advisors leaned towards not issuing an EUA. Not only would doing so cut off the flow of scientific data for the authorized vaccine, but it could endanger the ongoing studies of other vaccines as well. The fear is that, if one vaccine were auth­orized, participants in all of the studies might drop out and line up to get vaccinated — especially if they sus­pected their shot had been placebo, not vaccine.

Derek Lowe has (as usual) a timely and in-depth dive into the questions an EUA would raise.

Here is a list of voices you can trust to speak truth about the pandemic. All seem to have Twitter accounts, so if you partake in that platform (I don’t much any more) you could follow them there. Some have blogs or other regular writing venues that may have RSS feeds. For my part, I am simply taking note of a large number of names that I will be looking out for as I navigate the floodwaters of pandemic information flows.

Does immunity last or does it wane?

Eight months into the pandemic and we still do not know for sure, and we have been discussing the question for almost as long.

A study of 365,000 people in England found that levels of antibodies declined in the population over time, from 12 to 18 to 24 weeks after the Covid-19 peak in the UK. The researchers were not looking at antibody levels in the same people over that period, rather they were asking about levels across the population. The study did not consider the role of T cells or B cells in immune memory.

Another study came to the opposite conclusion, namely that robust immunity persists for up to 7 months. A separate study (also outlined at the link above) found that the level of antibodies was proportionate to the severity of the dis­ease.

In reward for your patience, here is a frippery more textural than video, but mind-bending withal.

When in the early 20th century the British evolutionary biologist and polymath J.B.S. Haldane was asked if there were anything that could be concluded about God from the study of natural history, he replied: “An inordinate fondness for beetles.”

But beetles evolved only once. All of the beetles now extant descended from a single common ancestor, beginning about 327 million years ago and reaching a state similar to today’s before the dinosaurs perished.

Consider the possibility that instead the following statement might describe the true nature of things: The arc of the universe is long, but it bends toward crab.

Crabs have evolve five separate times. Made in whose image are we, exactly?

Here is a 2017 paper on carcinization.

[ Note added 2020-10-29: ] Vincent Racaniello, host of This Week in Virology, has a blog post up at virology.ws explaining the correlates of protection — immunity — for SARS-CoV-2 and illustrating with three published papers.