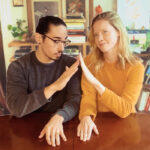 The Update has gone semi-weekly. Herewith three more items of pandemic news you may have missed recently: the next pandemic; the duration of immunity; and two new metrics that may portend severe Covid-19. Plus a frippery.

The week brings news of two markers, easy to obtain as Covid-19 patients enter the hos­pital, which can foreshadow the likelihood that they will develop severe disease, potentially guiding treatment options.

The first is a simple and common component of a blood test. The RDW, or red blood cell distribution width, measures the variation in the volumes of blood cells. The authors theorize that an elevated RDW may indicate a clinical con­dition in which the production of red blood cells has slowed as the body produces more leukocytes in an in­flam­matory response. What they did find is that patients who present with a high RDW, or whose RDW increased during hos­pita­lization, were more likely to die of the disease. Here is the paper in the journal JAMA Network Open.

The second metric is being called the Dublin-Boston score, after the cities hosting the authors’ institutions. It ex­presses the ratio between two cytokines, IL-6 and IL-10, in a patient’s blood. IL-6 is a pro-inflammatory marker and IL-10 is anti-inflammatory. The researchers found that each one-point increase in the ratio in­di­cated 5.6x worse odds for developing severe Covid-19. Here is the paper in The Lancet EBioMedicine.

Contrary to early (and worrisome) reports that antibodies to SARS-CoV-2 may fade out quickly after infection, re­searchers at the University of Arizona College of Medicine at Tucson studied 6,000 recovered Covid-19 patients and found that they were still producing high-quality antibodies 5–7 months after infection. The lead author said, “If SARS-CoV-2 is anything like the first one [SARS-CoV], we expect antibodies to last at least 2 years, and it would be unlikely for anything much shorter.” Note that many of the scientists developing Covid-19 vaccines believe that a shot could well produce immunity even more robust than that conferred by natural infection. Here is the UArizona paper in the journal Cell.

No one knows where the next pandemic will emerge, only that there will be a next one. Here is a candidate: another coronavirus, SADS-CoV, which causes a sometimes fatal diarrhea in pigs. It has already jumped species once — the virus originated in (wait for it…) bats in China.

Recent lab tests (paper) indicate that is not impossible that SADS-CoV might one day jump to humans. The virus has been shown to infect certain cultured mammalian cells in vitro (i.e. in a Petrie dish) — including human lung and intestinal cell lines. Interestingly, remdesivir prevents the virus from getting a foothold. Whether it might also infect people in vivo is not yet known. The researchers learned that SADS-CoV does not use ACE2 as an entry point into infected cells, but they could not determine what it does use.

The authors note, “In the 21st century, three novel human and three novel swine coronaviruses have emerged sud­denly and spread globally, demonstrating a critical need for strategies that identify higher risk zoonotic cor­ona­viruses.” (See also This Week in Virology #668 in which Tony Schountz discourses on the extremely common deer mouse, which can also be infected with and transmit SARS-CoV-2.)

Here is a frippery to reward your patience in getting through the above heavy weather. A pair of singer-song­writers called The Bengsons perform an extremely timely piece that is now going extremely viral (you should excuse the phrase): the Keep Going Song. That link is hosted on Facebook, alas, but at least no login is re­quired. Here is a trun­cated interpretation on YouTube by Sarah Goeke and Travis Staton-Marrero (pictured above), also in the process of going viral.