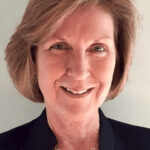 Two senior FDA officials have resigned — “giants who helped bring us many safe and effective vaccines over decades of public service,” according to a former FDA scientist — reportedly in protest of political meddling in the work of the agency.

The Director and Deputy Director of the FDA’s Office of Vaccine Research and Review (OVRR) both submitted their resignations on Tuesday. Director Marion Gruber (photo at left) will stay on through October, while Deputy Director Philip Krause will leave in November. Gruber has been with the FDA for 32 years.

No reasons for the resignations have been given officially. Unofficially. it seems that they felt that their authority was being continually undermined by the CDC, and in particular the CDC’s Advisory Com­mit­tee on Immunization Practices (ACIP). Organizationally, OVRR is part of the FDA’s Center for Biologics Evaluation and Research (CBER), and it appears that there also was a feeling that CBER failed to stand up for them.

President Biden’s unilateral announcement of the upcoming availability of booster shots for everyone, without any completed studies, is reported to have been the final straw. Even ACIP doesn’t feel that booster shots should be given to everyone.

The mainstream media are mostly crediting Endpoint News — a news agency for the biologic pharma­ceu­tical subindustry — with breaking the story. Endpoint in turn credits BioCentury (sub­scrip­tion or free trial required for access to that link).

Endpoint quotes a tweet by former BARDA head Rick Bright: “Dr. Gruber is much more than the Director. She is a global leader. Visionary mastermind behind global clinical regulatory science for flu, Ebola, MERS, Zika, SARS-CoV-2, many others.” The resignations caught FDA leadership off-guard, according to CNN.

In an opinion piece, which is behind a paywall, Endpoint News calls on President Biden to explain the political meddling in Covid vaccine reviews.

[ Note added 2021-09-01: ] Here is the NY Times’s coverage. The Times’s sources concur that the ad­min­i­stra­tion’s announcement of a booster program ahead of the science was the final straw for the resigning officials. Here’s Ars Technica’s quick summary and Politico’s more in-depth missive, after reporters there spoke to 11 current and former health officials about the increasingly “mutinous” at­mos­phere at the FDA.