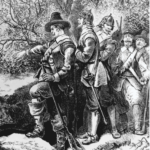 Herewith three items of pandemic news you may have missed recently: More on mixing & matching vaccines; putting a lid on Johnson & Johnson’s US Phase III; and a deeper dive into Oxford / AstraZeneca’s data. Plus a frippery.

The somewhat confusing results from this study have now been published in a peer-reviewed journal, The Lancet — the first of the several ongoing Phase III trials to be so published. We have a few details beyond what was initially unveiled in a press release, and Derek Lowe delves into the data.

The details make me even more hesitant than before to credit the trustworthiness of AstraZeneca’s data. The re­search­ers have pooled numbers from separate studies in the UK, Brazil, and South Africa. The UK volunteers in the control arm — those who did not receive the vaccine — got a meningitis vaccine for both of their placebo shots. The Brazilians got that meningitis vaccine for the first placebo and saline for the second; the South Africans got saline both times. So how comparable are those control groups really?

We have already noted that a small subset of the UK volunteers were mis-dosed initially, receiving half the expected vaccine — and that those volunteers showed a (perhaps) stronger response to the two shots than the others. What we now learn is that some of the half-first-dose group received their second shot much later than others. The reasons for this are not explained.

Unlike Pfizer and Moderna, AstraZeneca collected data on asymptomatic infections as well as symptomatic cases of the disease. They did this by regularly swabbing the participants for RT-PCR assays. The numbers involved are not large, but they suggest that the vaccine is not as good at preventing asymptomatic Covid-19 as it is at forestalling more serious cases. Still, I wish the other vaccine makers had collected similar data.

The US FDA likes data from US trials before entertaining an application for emergency authorization or approval. So it was already unlikely that AstraZeneca would apply here while its US trial is ongoing; and the weakness of this published data makes it even less likely that we will see an application in this country soon. But it might well make sense for AZ to apply in other parts of the world. Their vaccine, even if less efficacious than Moderna’s or Pfizer’s, has huge practical advantages for distribution in poorer countries. For shipment and storage it requires only re­frig­eration, not freezing or deep-freezing; it can be manufactured more quickly; and it costs but a fraction of the competition. The Oxford / AZ vaccine reportedly will cost $4 per dose. Pfizer / BioNTech is reportedly charging around $20. Moderna has said it will charge $32 to $37 per dose. Johnson & Johnson has said its candidate will cost around $10 per dose (and it may require only one).

J&J has been recruiting for what was initially billed as a 60,000 person study; they have lined up 38,000 par­ti­ci­pants to date. But word came out recently that the company is going to stop recruiting at 40,000. The reason is grim: Covid-19 is spreading so rapidly in the US that the company doesn’t need as many volunteers to reach their numbers. They expect to read out after 154 (or more) cases of Covid-19 among the population some time in January, and to apply to the FDA for an emergency use authorization in February.

The J&J trials have been watched closely in part because their vaccine candidate holds out the promise of being ef­fective after a single dose; it is the only one of the front-runners that offers this possibility. So I was surprised to read that the company is planning to mount a separate Phase III to test out a prime-and-boost regimen for their vaccine, alongside the one-shot trial.

A study of mixing & matching vaccines

A week ago we explored what might happen if a person takes one shot each of two different vaccines. It turns out that the UK vaccine authority is planning to run trials on this question: beginning in January, volunteers may be dosed with an initial shot of Pfizer’s vaccine and then a boost of Oxford / AstraZeneca’s; or the reverse. The Ox / AZ vaccine candidate is expected to be authorized soon in Britain.

For your frippery today, we offer a very alternative look at old New England. You have perhaps heard one of the many variants on H.L. Mencken’s definition of puritanism: the haunting fear that somewhere, someone may be having a good time. When we contemplate the Puritans of New England in the early 1600s, this stern image is the sort of thing that usually comes to mind. That and the black hats.

But as it turns out, there was a crew of Massachusetts colonists who had a very different attitude to life. These were the denizens of Merrymount, led by one Thomas Morton, purveyor of “reckless mirth.” They fraternized with the locals. They erected a May pole and they danced around it. The Puritans could not stand it. They sent Morton back to England in irons. You can read all about it here in the Public Domain Review. It is a bit of a long read at 2,500 words, but I guarantee you will never think about Pilgrims in the same way again. If the history really piques your interest, have a look at Morton’s 1637 account of Merrymount, The New English Canaan. 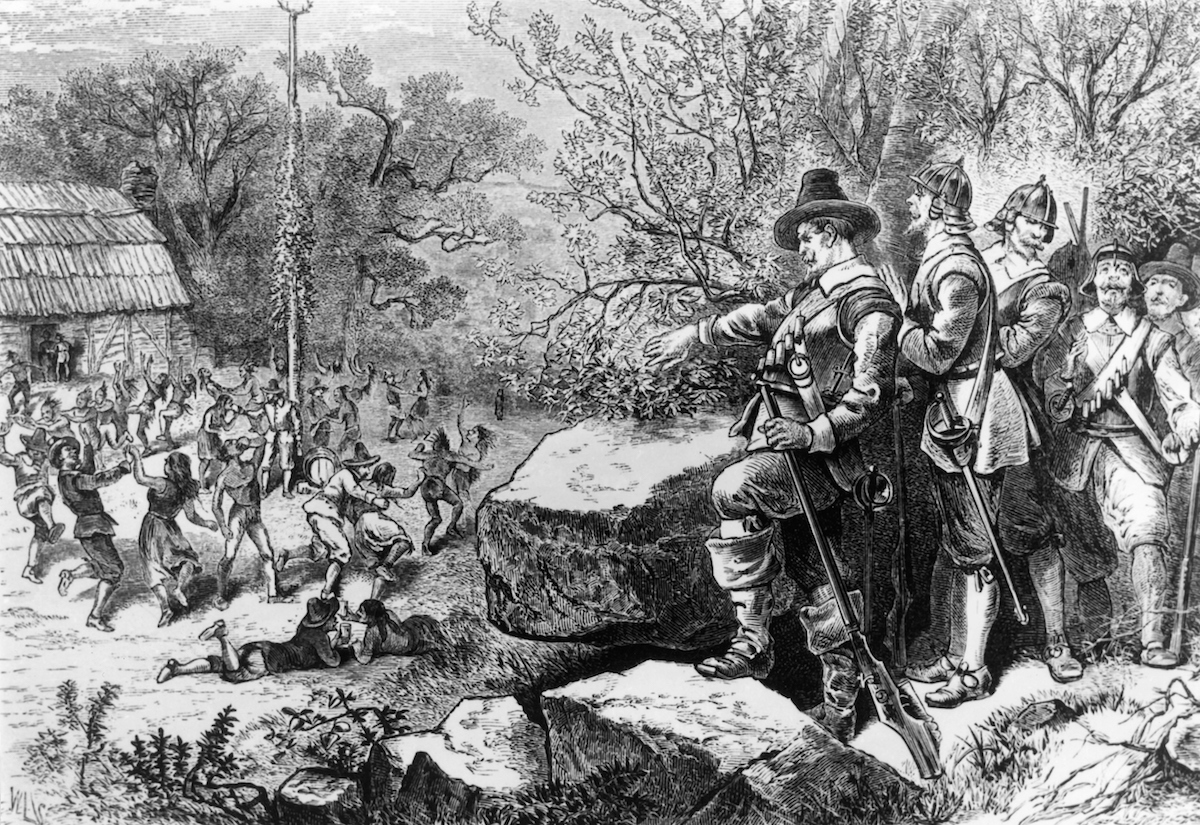