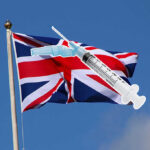 Not only has the UK approved the AstraZeneca / Oxford vaccine candidate, on what many specialists consider thin evidence from a bungled trial, they are embarking on a grand epidemiological experiment: seeing how well covering more people with a single dose works.

In doing so they are following the suggestion floated by Michael Mina and Zeynep Tufekci in a NY Times edi­torial two weeks back, which we wrote about at the time. A week later researchers at the University of Tor­on­to reported on a model con­firm­ing that holding half the available shots in reserve (to deliver boosters later, as the US is doing) could result in 34% to 42% more infections than a strategy of front-loading vaccinations with all avail­able supplies, counting on the supply chain to provide second shots in time. Canada has now reportedly changed its vaccination policy to one of front-loading.

As the NY Times notes of Britain’s plans:

In a departure from prevailing strategies around the world, the British government also decided to begin giving as many people as possible a first vaccine dose rather than holding back supplies for quick second shots, greatly expanding the number of people who will be inoculated.

Part of the reason the UK government is willing to front-load is that a re-analysis of the AstraZeneca Phase III data suggested that the increased efficacy seen in a fraction of the study cohort, which had initially been at­trib­uted to an accidental half/full dose regime, may instead have been due to delayed booster shots in some of the cohort. In other words, holding off on the booster shot may have produced better results. The UK health authorities’ emergency use authorization stipulates that a second dose can be given any time from four weeks to 12 weeks after the first. Like the Canadians, the Britons apparently are coming to believe that the timing of a booster dose is not all that critical (and that nontrivial protection is afforded by the first shot).

Another reason for this experiment is surely the government’s desire to get some kind of handle on a pan­dem­ic that is raging out of control in the country, fueled in part by an apparently more infectious variant of the virus. The plans are to vaccinate two millions Britons per week.

The UK has also authorized the Pfizer / BioNTech vaccine and is busily vaccinating citizens with it. They are now rescheduling the second shots for people who have received their first — in other words, they are sub­ject­ing this vaccine to the same experiment as they are running with AstraZeneca / Oxford. It will be in­ter­es­ting to see if researchers use Pfizer data from the US and UK to compare results from the two approaches.

[ Note added 2021-01-01: ] Britain is drifting even farther from the realm of the scientifically verified. Word emerged today that the country quietly updated its vaccination playbook to allow mix-and match shots. If the vaccine that a person originally had is not available when they go in for their booster shot, or if there is uncertainty what that original was, health care workers are allowed to give a shot of whatever is available. We noted a few weeks back that Britain planned to test mixing shots, but this new policy would seem to short-circuit those plans. There is no evidence about the safety or efficacy of a mixed regime. [ Note added 2021-01-02: ] The CBC provides more nuance on the developing situation in Canada. As in the US states, the vaccine rollout there is controlled by the provinces. The CBC reports that opinion across the country is swinging in favor of getting shots in arms as quickly as possible, trusting to the supply chain to provide second doses when they are required. Saskatchewan, New Brunswick, and British Columbia are already planning to follow a front-loading approach.

In the US, according to Eric Topol, yesterday Dr. Fauci said that this country will not front-load. (Although ultimately states could decide otherwise.)