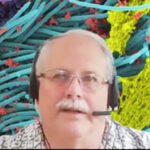 The biggest drawback to one of the vaccine candidates receiving an FDA Emergency Use Authorization: it would halt the Phase III trial and destroy any chance of getting more data about that vaccine’s safety, efficacy, and longevity.

On the This Week in Virology podcast, TWiV #661, guest Ralph Baric detailed what exactly is at stake if an EUA is issued early in a vaccine trial: it would compromise the original end-point of the study. We would forfeit the chance to learn about late-developing effects such as antibody-dependent enhancement (in which a vaccine sometimes exacerbates the virus it was designed to tame). This link starts at 31:12 in the YouTube video (emphasis added).

“[If an EUA were issued] It’s going to be pretty early to make a conclusive call about the long-term safety and durability of the vaccine. … Ethically all the individuals in the vaccine trial that have received the placebo have to be informed that the FDA has approved for emergency use a vaccine formulation. And they have to be offered that vaccine. … That happened in the Remdesivir trial. … That’s why, to some extent, we don’t know whether Remdesivir really does improve survival rates or not. Because everyone has to be given Remdesivir now. And we probably won’t know the answer.”

In a glimpse into our near future, Dr. Baric discussed the prospects for effective antiviral drugs (not vaccines) that might be given, orally or by nasal spray, upon a positive test for Covid-19. Watch for about two minutes beginning at 26:32:

“There’s going to be something along those lines I think within 6 months, most likely. … Most of the population at least in the US won’t be vaccinated probably until the end of 2021, so drugs are going to be critical for that interim interval.”