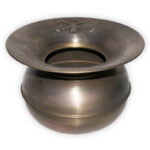 Minnesota is the first state to have made a deal with the maker of a saliva test for SARS-CoV-2. When the simplified testing gets ramped up it will more than double the state’s daily testing capacity.

Some of us don’t relish having a swab poked into our nose and up into the vicinity of our brain. A test that works off of a saliva sample instead is a lot less daunting. Even more attractive: the specimen can be col­lected in less demanding en­vir­on­ments — even at home — without anyone getting into full (scarce) pro­tec­tive gear to do the collecting. Such a test doesn’t need swabs, which are in short supply around the country. And a home-based saliva test is accessible to a larger population, including those who for whatever reason can’t get out to a testing site.

The test is the one developed at Rutgers University and delivered in partnership with Vault Health, which provides logistics and telehealth services. This was the first saliva-based test granted an Emergency Use Authorization by the FDA, in May (a test developed at Yale has since been approved). It relies on the same back-end lab technology as does the nose-swab, RT-PCR test which is still the gold standard. At its initial authorization, only the lab at Rutgers was permitted to process samples. With this new statewide deal, Minnesota will be building out its own lab to do the processing, aiming for operational status in early Oct­ober. (This lab will need to apply separately for its own EUA from the FDA.) According to MDH Director of Infectious Disease Epidemiology Kris Ehresmann, studies are showing that the Rutgers test is as accurate as the swab-based RT-PCR.

The Rutgers unit that developed the test, RUCDR Infinite Biologics, was just spun out into a private com­pany called Infinity BiologiX.

Here is the Vault Health page on the test in question, and here is the data sheet for the equipment supplied to collect the sample (manufactured by Spectrum Solution). The collection looks very like what is required for a DNA test from the likes of Ancestry.com or 23andMe. Vault’s page lists the price for the test as $150; I don’t know what price Minnesota was able to negotiate. MPR coverage of the new testing regime indicates that the tests may be free for Minnesota residents, or at least paid for by insurance.

The state is using CARES Act coronavirus relief money to ramp up this testing effort, and hopes to have it operational as early as September. Results from individual tests are eventually expected to be available inside of 24 to 48 hours. (This turnaround will not help get us to the cheap-frequent-quick testing future promoted by Michael Mina and described here in an earlier post.) At first the samples will be sent back to New Jersey for processing, but some of the CARES Act money will fund a new processing lab in Oakdale. The governor says up to 250 jobs will be created at the new facility.

One wrinkle to collecting a sample at home: mailing it back might be complicated by the USPS mail slow­downs, stemming from political causes, now being experienced around the country. According to the gov­ern­or, plans for home-based sample collection have not been finalized, so by the time this is available the mail slowdowns may have been resolved.

People will also be able to go to one of ten collection sites around the state to provide a saliva sample. Mobile testing units are also in the plans.