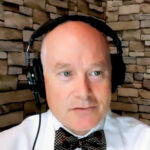 We still don’t know for sure whether you can catch Covid-19 twice. Four recent accounts of what might be cases of reinfection suggest that our future with the virus could be very different than what we have been hoping.

Scattered early reports out of Asia pointed to cases in which a patient displayed symp­toms, tested positive for SARS-CoV-2, cleared the virus, tested negative at least once, then weeks later tested positive again. Cases of reinfection? Perhaps, but they could also be explained if the negative tests were false negatives and the virus never totally cleared at all. Or if the later positive test was picking up non-infective fragments of the virus remaining in the patient’s system, not a second infection.

By May there were indications that surviving Covid-19 provides at least some level of antibodies against the disease, as I discussed here nearly two months back.

These new reports describe cases of possible reinfection that are harder to explain away.

I. Los Angeles, July 3: A man from Koreatown contracted Covid-19 in March, cleared the virus, tested negative on April 22, and went back to work. He got sick again, this time more seriously than before, and tested positive on June 19. The local Fox outlet reports: “He said this recent infection is much worse than the one he had in March, calling the first one ‘Corona Lite’ and the recent one ‘Corona Extra.’”

II. New Jersey, July 9: Dr. Stuart Ditchek reports on two patients who both developed symptoms and tested posi­tive long after re­cov­ering from Covid-19 (press account; video). The first occurred at least a month after recovering (the account is not exact), and the second seven weeks after testing negative.

III. New York, July 10: On the regular podcast This Week in Virology, Dr. Daniel Griffin describes a current case he is treating, in which the patient cleared Covid-19 four months ago (without hospitalization) and is sick again and testing positive, this time in hospital.

IV. Washington DC, July 12: Dr. Clay Ackerly outlines a current case involving a man who contracted Covid-19 three months ago, but had tested negative at least twice and had felt healthy for six weeks. Like the New York case, Dr. Ackerly’s patient is sicker the second time around than the first.

About coronaviruses and immunity

In the TWiV podcast, Dr. Griffin, speaking to colleagues, mentions in passing the common knowledge that the im­munity conferred by other known coronaviruses fades with time. Four different coronaviruses cause some fraction of cases of the common cold, and while recovering from a cold produces antibodies to the virus that caused it, they do not last long. (I have read that most of us carry antibodies to all four cold-producing corona­viruses.) The same seems to be true for SARS and MERS coronaviruses.

There is evidence that antibodies to SARS-CoV-2 also fade fairly rapidly as well.

As Dr. Griffin says in the podcast linked above, “One case is an anecdote; two cases are two anecdotes.” Meaning they are not yet data you can rely on. Four cases? Dr. Griffin for one is paying attention.

[ Note added 2020-08-24: ] Researchers have documented a solid case of reinfection. The patient, a resident of Hong Kong, contracted a mild case of Covid-19 4-1/2 months ago, and then was reinfected on a trip that took him to Spain and England (the second time, he was asymptomatic). Researchers sequenced the virus from the two in­fec­tions and found enough differences to be able to say with certainty that the second brush with Covid-19 was not a direct result of the first.

Other scientists not involved in the study caution that this case may be an outlier, noting that over 23 million people around the world have been infected and cases of reinfection remain rare.