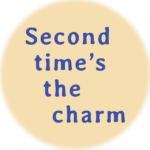 Repeat infections with Covid-19 are back in the news: a Nevada man’s case was published in The Lancet, and an elderly, immune-compromised woman in the Netherlands died after a second infection. Still, there is little cause to worry.

We touched on the reinfection question last July, before there was an unambiguously documented case. An update in August noted the first four genetically verified cases of reinfection (now there are five). One online tracker puts the number of such cases currently at 23, most of them with less than ironclad evidence.

Even if the true number is a few orders of magnitude larger, it’s still a tiny fraction of the 38 million SARS-CoV-2 infections worldwide.

We can lay to rest for now the most worrisome question posed by cases of reinfection: Do they result from mu­ta­tions of the virus? Is SARS-CoV-2 evolving to evade defenses, either naturally occurring after infection or conveyed by a vaccine?

Derek Lowe says no, and he has been studying the genetic evidence since reinfection was first whispered about. None of these cases demonstrates any worrying mutations, such as ones affecting the virus’s Spike proteins that might threaten the efficacy of vaccines. Spike, the main target of all of the vaccine efforts I’m aware of, seems not to suffer enough mutation to cause us to lose any sleep on that score. Lowe writes:

We’re not seeing a trend for viral evolution in directions that could increase re­infec­tion or evade the antibodies that are raised by the existing vaccine candidates.
…
I would suspect that vaccination, which raises neutralizing antibodies to the Spike protein, will provide a population that is even less susceptible to reinfection than we have in the wild-type-recovered population now, given that three of the five cases we have details of did not have significant changes in the Spike region at all.

Every body’s response to the SARS-CoV-2 virus is different — subtly or moderately or wildly different. That’s kind of the point of how the immune system works, and it explains some (not all) of the wide variation in severity with which Covid-19 presents. Immunity to Covid-19 after a bout of the disease also varies across the population, and it seems to fade with time. That is the case with SARS, MERS, and the common-cold coronaviruses, and for SARS-CoV-2 we will not know for sure until a lot more data is in hand.

The immunity provided by a successful vaccine may be more effective (for many people) than that conferred by the body’s own experience with the disease; many of the vaccine developers are secretly hoping that this will prove to be so.

One last tidbit from the site collecting reports of reinfection: of the 23 occurrences listed, the second case was milder than the first for three people (13%); about the same for six (26%); worse for nine (39%); and unknown for five (22%). Perhaps the people who suffered more the second time around experienced antibody-dependent enhance­ment of the disease; there is no way to know.