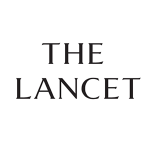 By now you’ve heard that remdesivir has been shown to reduce the duration of Covid-19 illness in some patients, and that the White House’s Dr. Deborah Birx has been tasked with helping to coordinate its distribution to where it is most needed (after a chaotic few days at the beginning).

The remdesivir news follows disappointment at the inefficacy of the much-touted (in some circles) hydroxychloroquine.

The breakthrough remdesivir study was published in The Lancet, and perhaps coincidentally so is the second piece of good news on the treatment front: a Phase 2 study of a four-drug cocktail — combined interferon beta-1b, lopinavir + ritonavir, and ribavirin — that Hong Kong researchers have shown can reduce the duration of mild or moderate Covid-19 cases. Here is the Lancet paper.

There are three details about the recent study that may limit its reach. First, apparently in Hong Kong even mild cases are hospitalized. In places like the US where that doesn’t happen, it could be difficult or impossible to administer such a course of treatment at home. (Three of the drugs are taken by mouth but one is intravenous.) Second, the study did not target more serious cases, those requiring oxygen support or ICU admission, so the cocktail’s efficacy in such cases is not known. The Hong Kong group plans a larger Phase 2 study including more serious cases in the near future. Third, this was an “open label” study, not double-blind: both doctors and patients knew who was getting the full cocktail and who was getting only the orally administered drugs. Such knowledge can subtly bias outcomes.

The interferon in the cocktail appears to act primarily as an anti-inflammatory to suppress an overly active immune system, e.g. it delays the onset of an immune-system cytokine storm or cascade, which is one of the common ways that SARS-CoV-2 kills people. (Hat tip to David Black for this detail, conveyed on a private mailing list.)

It is the earliest of days, and there is plenty of reason to hope. The Milkin Institute spreadsheet I cited in the post linked in the previous sentence now lists 208 ongoing studies of potential treatments for Covid-19, and 124 of potential vaccines.