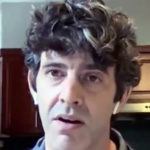 Have you been worried about being intubated and put on a ventilator if you need to go to the hospital with COVID-19? I know I have. Suddenly it’s looking like the chances of that happening are declining precipitously — and not because of the shortage of ventilators, either.

The NY Times has a piece about how COVID-19 is rapidly remaking what had been long-established standards of care for diseases of the lungs.

At the end of March, hospitals in New York were adding 300 patients per day to the number of those who had been intubated. Now that count is growing by only 21 per day. “The need for mechanical ventilators, while still urgent, has been less than the medical community anticipated a month ago,” the Times reports.

Front-line doctors around the world are seeing something completely new in COVID-19 patients. They are presenting with blood saturation levels (“sats”) from 50% to 80% — 95% is normal — and yet they are completely present and rational, walking and speaking. Doctors have come to expect that anyone with sats that low will already be delusional or unconscious, on the way to an imminent death; and their instinct and training is to get them sedated and intubated and onto a ventilator ASAP.

But intubation is an incredibly invasive, extreme measure. Some doctors in Italy have reported losing from half to 90% of COVID-19 patients they have had to intubate. Those are terrible odds. (Of course by the time they need intubation to keep them alive, many patients are in dire shape due to the disease, the body’s extreme response to it, or both.)

Now a consensus seems to be developing on the front lines that it is better to intervene with far less invasive protocols — for example simple oxygen delivered by a nasal cannula or consumer-grade CPAP mask, in combination with “proning.” This is the simple act of getting the patient off their back, either onto their side or front, so that their lungs have a better chance to work effectively. Doctors report seeing blood sats go from the 40s to 94 in just hours.

I have been following these developments avidly for a week now. The shift began, as far as I can tell, with this YouTube video from March 31 by an ER / ICU doctor in New York, Cameron Kyle-Sidell (pictured above). The attention resulting from this video was followed by several more interviews, conversations, and others’ opinions on the possibility that doctors had, in essence, been treating the wrong disease.

The Times coverage linked above tells me that this new thinking on COVID-19 therapy is rapidly gaining ground. Dr. Kyle-Sidell is not mentioned in the piece, but several other prominent New York doctors are.

For me, the fear of the ventilator is beginning to fade.

[Note added 2020-04-19] Stat has a more detailed look (from April 8) at the questions arising around ventilators, ARDS, and COVID-19, including interviews with more clinicians. And ProPublica is running an explainer (April 15) on how ventilators (and lungs) work, what vents are good for, and when their use might be ill-advised. It includes the cautionary note that is still not known whether patients treated with a gentler proning regimen have better outcomes overall, or not. [ Note added 2020-07-09: ] Here’s a look at the controversial history of the ARDS diagnosis. Some doctors have believed from the beginning that it was a diagnosis motivated by the existence of a machine — the ventilator — and the medical community is still split over it.