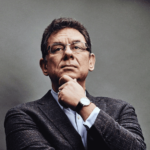 Pfizer and BioNTech announced that their vaccine candidate demon­strated greater than 90% efficacy in an early look at data from their Phase III trial. This is massively promising news from the first announced result from a late-stage US trial.

The early readout was based on 94 cases of Covid-19 that had developed in study volunteers. The company’s study protocol initially called for a first look as soon as 32 cases had trans­pired; but it seems the company in discussion with the FDA agreed to wait until twice that many cases had been recorded. By the time these negotiations wrapped up, Pfizer found (in the uncontrolled spread of the disease in most of the US) that it had 94 cases on its hands. So the 90+% result is more robust, statistically speaking, than it might have been, and already puts the trial over half way to its designed end-point of 164 cases.

As I understand the math, nine or fewer of the 94 cases must have come from the vaccine arm of the trial; that means that 85 of them had received the placebo. Pfizer’s press announcement did not give an exact number.

Pfizer had initially projected that it might announce the first look (with 32 cases) as early as late October, and the case numbers support that it probably could have done so. The New York Times speculates that Pfizer’s CEO, Dr. Albert Bourla (pictured above), elected wait for more cases to develop, perhaps partly in order not to be accused of political influence on the process.

The company had earlier said that it might be able to apply to the FDA for an emergency use auth­or­ization as early as the third week in November, with the timing dictated by an FDA re­quirement for two months of safety data after 50% of the study group had received their second shot. But Stat News reports that that calculation had been based on the original size of the trial, with 30,000 subjects, not the 44,000 to which Pfizer later expanded it. So depending on how the FDA leans on that question, Pfizer might not apply for an EUA until early December.

Derek Lowe is already on top of this news (of course he is), and he points out that these strong results from Pfizer’s candidate bode extremely well for the entire worldwide vaccine effort. This is because pretty much all of the vaccines in development target the same virus component that Pfizer / BioNTech’s does: the spike protein. If Pfizer’s candidate works, most of the others will probably work too. I find Lowe’s closing words moving and inspiring:

We’re going to beat this. We’re starting to beat it right now. An extra­ordinary, un­prece­dented burst of biomedical research — huge amounts of brainpower, effort, money and resources — has come through for the world.
[ Note added 2020-11-18: ] Pfizer reached the designed end-point of its Phase III trial and announced final results — in a press release, not a full scientific paper. The company said it will be applying for an emergency use authorization from the FDA and other regulators worldwide “within days.” Of 170 Covid-19 cases among study volunteers, 162 occurred in the placebo group and 8 in those who got the vaccine, for an efficacy calculated at 95% with p < 0.0001. Efficacy did not differ much across race, gender, or age — for participants age 65+ it was said to be 94%. There were 10 severe cases and nine of them occurred in the placebo arm. Here is some of the coverage, including Derek Lowe on the next questions that need answering and next steps.