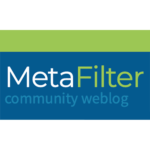 Items of recent pandemic news: The criticality of public trust to public health; how his­tory says the pandemic will end; two promising, broad-spectrum inhalable vaccines in development; and the state of the BA.2 Omicron sub-variant. Plus a frippery.

On the BA.2 sub-variant

You may have seen news of laboratory studies (here is one) indicating that BA.2 looks like it should cause more severe disease than vanilla Omicron (BA.1). But real-world data so far does not bear this out: countries where BA.2 is taking over have not seen higher rates of hospitalization or death.

According to the WHO, BA.2 represented about 21% of sequenced virus worldwide as of a week ago. It is now dom­i­nant in Denmark, South Africa, and the UK and exceeds 50% of cases in a half dozen other countries. In the US, BA.2 was at about 6.2% a week ago per the CDC, and is most prevalent in a region encompassing West Virginia, Maryland, and New York / New Jersey. It is less common in the midwest.

This WHO weekly update from Feb. 15 has three pages of detailed reporting on what is now known and not known about BA.2 (search in the browser for “BA.2 Pango lineage” on that page). in summary, BA.2 is 30%-40% more trans­mis­sible than BA.1, but neither more likely to evade immune protections nor more severe.

It seems obvious that a vaccine against an airborne respiratory virus might work better if applied to nasal mucosa than if delivered into an arm muscle. Here are two current efforts at developing a second-generation inhalable vaccine.

The first comes out of work at Yale in the laboratory of W. Mark Saltzman and Akiko Iwasaki. Iwasaki has pioneered a vaccination strategy called “Prime and Spike,” which leverages initial systemic protection from an mRNA vaccine to build immunity in the upper airways following inhalation of a spike-laden agent. By using spike proteins from a variety of divergent coronaviruses, this technique can induce broad cross-reactive immunity against the larger class of sarbecoviruses, while avoiding “original antigenic sin” — memory-induced damping of the immune response to a similar but slightly different pathogen.

Recently a startup called Xanadu Bio was spun out of Yale (press release, Fierce Pharma writeup) to commercialize this technology. A pre-clinical trial in transgenic mice showed promising results. The link is to a preprint; the paper has been submitted.

A second inhalable development program originates at McMaster University in Ontario, Canada, led by Zhou Xing. An extensive paper published in Cell describes experimental pre-clinical work in a mouse model with two SARS-CoV-2 vaccines, delivered either intramuscularly or intranasally, via different adenoviral vectors: a human virus (Ad5) or a chimpanzee virus (Ad68). (The latter is a different vector than the one used in the Oxford / AstraZeneca vaccine.)

The two trial vaccines use an antigen payload of either spike alone, as do essentially all of the authorized vaccines, or spike combined with two other SARS-CoV-2 proteins: nucleocapsid (N) and a truncated RNA-dependent RNA poly­mer­ase (RdRp).

The upshot of all the research:

On Wednesday the crew at This Week in Virology dissected this paper in detail — TWiV #867. By reputation, papers in Cell tend to be lengthy, exhaustive, and daunting. If you have the interest, the TWiV link above will provide an accessible introduction to this research. The complete discussion runs to about 75 minutes.

Two medical historians have a thoughtful piece in the Washington Post, looking back on four influenza pandemics in the previous century, asking: How did they end? Not by dying out, and not by the invention of any human tech­nol­ogy either — the flu pandemics of 1918, 1957, and 1968, and 2009 ended when people got tired of them. If indeed they had noticed them at all. Countermeasures wound down, society went back to its old ways, and deaths from influenza mounted over the following months and years. For example, more than 100,000 people died of H1N1 flu over the winter of 1927-28, 7 or 8 years after that pandemic was “over.”

So when will the pandemic actually end? According to [Anthony] Fauci’s logic, the answer is only when the numbers of cases, hospitalizations, and deaths come down and stay down. But as appealing as this notion is in its simple clarity, it clashes with history: Over the past century, the end of respiratory pandemics has never been clear-cut.

It is looking increasingly like American society is done with this pandemic. We will probably have a few good months before the next wave begins to rise, probably in the fall (barring a new variant), and I will be sur­prised if we as a culture pay much attention to it at all.

The US was not the only nation to botch its response to this pandemic. In an op-ed in the NY Times, Ezra Klein introduces an exhaustive study seeking the roots of 177 nations’ successes and failures of pandemic preparedness. It turns out that an important factor is trust: the populace’s trust in its government and its mutual trust in one an­other. This mattered more than the particular policies that governments employed. Of course the US ranks low on scales of trust, and in the last two years has sunk discouragingly lower.

Your frippery today is a collection of stories about how cities are moving towards pedestrian-friendliness, and how they are not. Paris, San Francisco, Berlin, and Berkeley are in the former camp; Philadelphia is in the lat­ter; and New York manages to straddle.

This frippery can also be your introduction to Metafilter (or MeFi), a venerable moderated community blog started by Matt Haughey in 1999. It is one of the better and more hopeful parts of the internet, with the “public-spirited flavor of a small town or good university.”

And the links are just fine if you are seeking a distracting time-sink. For example, dig into more than you ever thought it possible to know about tin. Oftentimes the discussion is even more diverting than the kickoff post.