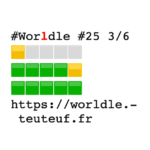 The youngest won’t get jabs any time soon

It has all changed again, and parents of young children may be forgiven for feeling whipsawed and/or out­raged. (The news won’t be great for vaccine hesitancy either.) The FDA scotched the plan for Pfizer / BioN­Tech to submit an EUA application for a two-shot series for kids aged 6 months through 4 years. Now the companies will await more results from their trial of a third shot and kids won’t be authorized before mid-April.

That hope for early vaccination was alive for just 11 days.

What changed? Last December when Pfizer / BioNTech announced disappointing results in 2-to-4-year-olds, the companies did not quantify how far short of expectations its reduced-dose vaccine had fallen. The NY Times reported late last week that multiple unnamed sources claimed that the regimen produced only 60% of the level of immune response seen in 16-to-25-year-olds. Speculation now is that, ahead of the FDA advisory meeting that had been scheduled for today, interim results from the ongoing trial underscored the insufficiency of two shots. On Friday the FDA cancelled the VRBPAC meeting.

A new CDC study answers the critical question: how long does a booster shot remain effective? The answer is, not as long as we would like.

In the study across 10 states from last August to January, boosters retained good efficacy (91%) against hos­pit­al­i­za­tion in the first 2 months, but the protection waned to 78% after 4 months. The study also looked at efficacy against an ER or urgent care visit, and for that lower bar the numbers were 87% at 2 months and 66% at 4 months. The study did not break out reasons for the ER visits.

Anthony Fauci said, “There may be the need for yet again another boost… that could be based on age, as well as underlying conditions.”

In the study population, 50% of those hospitalized were over age 65. But the report did not drill down to how much immunity waned by age or underlying condition.

I will be following these developments closely. It’s coming up on 5 months since my boost.

Eli Lilly gets EUA for an injectable monoclonal

The drug, beb­telovimab, proved in laboratory studies to maintain strong action against Omicron. (It has undergone Phase II human trials but not Phase III.) The FDA authorized it as a last-resort treatment, for use only when alternative treatments aren’t “accessible or clin­ic­ally appropriate,” similar to the language limiting the use of Merck’s pill. The authorization is for patients at risk of disease progression, such as the elderly or those with confounding conditions. People down to age 12 are eligible.

Lilly’s monoclonal antibody is the fourth treatment option in the armamentarium against Omicron — joining the Pfizer and Merck pills and GSK’s monoclonal. Lilly has reached an agreement to supply 600,000 shots (for $720M) to the US government. The company has supplies ready to go, and will deliver half of the order this month and half in March — instantly doubling the supply of monoclonal antibodies available to fight Omi­cron. The government has an option on a further 500,000 shots.

Lilly’s drug can be delivered more conveniently than the GSK monoclonal: by a single injection in a doctor’s office, instead of GSK’s 30-minute intravenous infusion. There is more flexibility in the timing as well: bebtelovimab can be given up to 12 days after symptoms or a positive test, vs. 10 days for GSK and 3-5 days for the antiviral pills.

A pause in J&J manufacturing

Late last year Johnson & Johnson quietly stopped production of its Covid-19 vaccine in The Netherlands and changed over that facility to the manufacture of other pharmaceuticals. The world still needs this vaccine, even if the US has all but given up on it.

The plant, in the Dutch city of Leiden, was the only one making this vaccine. J&J badly missed its 2021 target for deliveries to the developing world, where it is the favored (and sometimes the only) vaccine choice. The company ended up delivering 400M doses from a commitment of a billion.

J&J says it has millions of doses stockpiled and will not miss any scheduled shipments in the coming months. But after the Dutch plant comes back online making vaccine in the spring, observers worry that J&J will come up short for 2022 by hundreds of millions of doses.

No explanation has been offered for the pause.

We may want to wait for a double-blind study, but a small published case report reinforces anecdotal ac­counts in the long Covid community about the usefulness of certain over-the-counter antihistamines in reducing symptoms.

Gizmodo has coverage of the paper published last week in the Journal for Nurse Practitioners. Two women who developed Covid-19 in 2020 experienced ongoing fatigue, brain fog, exercise intolerance, “Covid toes,” bruising, and other symptoms. Both obtained significant and rapid relief from symptoms when they hap­pened to start taking the antihistamine diphenhydramineph (brand name Benadryl and others).

One woman experienced what she reported as a 90% return to pre-Covid functioning with a daily dose of 50 mg of hydroxyzine (Atarax, Vistaril). She has returned fully to work. The second woman reported 95% return to pre-Covid functioning with a nightly dose of 25 mg diphenhydramine and 180 mg fexofenadine (Allegra) in the mornings.

The authors of the report note that there is solid evidence that at least some long Covid cases are ac­com­pan­ied by a dysfunctional immune system, and that some aspects of immunity could be regulated by anti­hist­amines.

To reward your patience, today’s frippery is a drop in the ocean of games inspired by Wordle, which was our featured frippery last Dec. 26. I think it is safe to say that these inspirations number in the thousands since Wordle began its march to world domination two months ago. Here are links to two compilations of Wordle-inspired alternatives, spinoffs, parodies, and variants: Tom’s hardware, CTV News. And someone maintains a list of Wordles in other languages, 93 at this writing.

Below I have collected my favorites alternative Wordles. I have played all of these, some of them daily for a while now, in addition of course to the ur-Wordle, now owned by the NY Times. 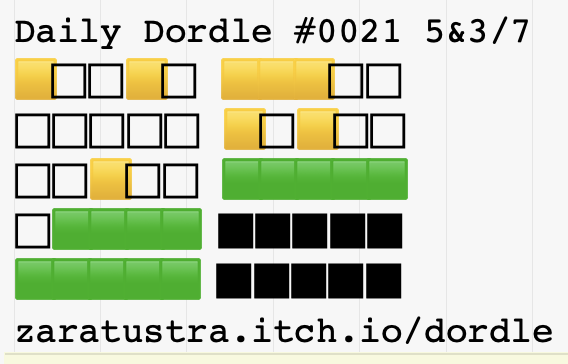