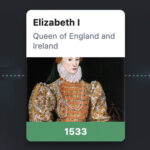 Results from the SARS-CoV-2 challenge trial

Results are finally out, in preprint form, of the challenge trial mounted in the UK beginning a year ago. Thirty-six young, healthy adult volunteers were given a load of viable SARS-CoV-2 virus (the original Wu­han strain) intra-nasally, then watched closely in isolation and tested for 14 days. No one got seriously ill. Here are the top-line findings:

The amount of virus placed in noses was calculated (or guesstimated) as the dose that would result in 50%-70% of participants becoming infected. If that level had not been reached, the experimental protocol called for dose escalation until it was. But the researchers guessed right the first time. The crew at This Week in Virology went over the challenge paper in detail and their discussion on how the dose was arrived at may be of interest. Watch just over two minutes beginning at 21:16. The reporter at Technology Review described the dose as approximately the amount of virus that would be present in a single drop of the nasal secretion of an infectious person.

The process the researchers went through to find their 36 volunteers was onerous. The study was originally designed for up to 90 participants. But after fielding interest from an initial 27,000 people, the researchers ended up excluding 99.87% of them for a variety of reasons.

Regardless of how much can be quickly learned from a challenge study, the practice of deliberately in­fect­ing people with a potentially deadly agent is not without controversy. Strong opinions can be found on both sides of the question. Read this opinion piece in Stat by an advocate of the practice of challenge trials. Vincent Racaniello, the founder of TWiV, was not shy about voicing his opposition (watch 20 sec­onds beginning at 8:57). (The other TWiV hosts were keeping their opinions about challenge trials to themselves).

Here is Zvi Mowshowitz, clearly a proponent, on the value that a challenge trial can offer, quickly and for little cost:

Infectious within two days, peak infectiousness in five, average in­fec­tious­ness for nine days to a maximum of about twelve for mild cases. Billions of people guessing in the dark, likely hundreds of mil­lions stressing over the question, and we got the answer from 36 volunteers none of whom got seriously ill. That’s all it took.

We last visited the question of what effect SARS-CoV-2 has on the heart in November, and the subject then was mostly what happens during acute infection. A new study examines long-term cardiovascular consequences, a month to a year after SARS-CoV-2 infection, and the news is not good.

Working with data from 11 million US veterans’ electronic health records, researchers found that up to a year after acute illness, the risk of every cardiac condition they examined was substantially higher for survivors of Covid-19. The increased risk correlated with disease severity. A summary of the research in Science put it this way:

You do not want to get this disease.

How much protection against variant reinfection? 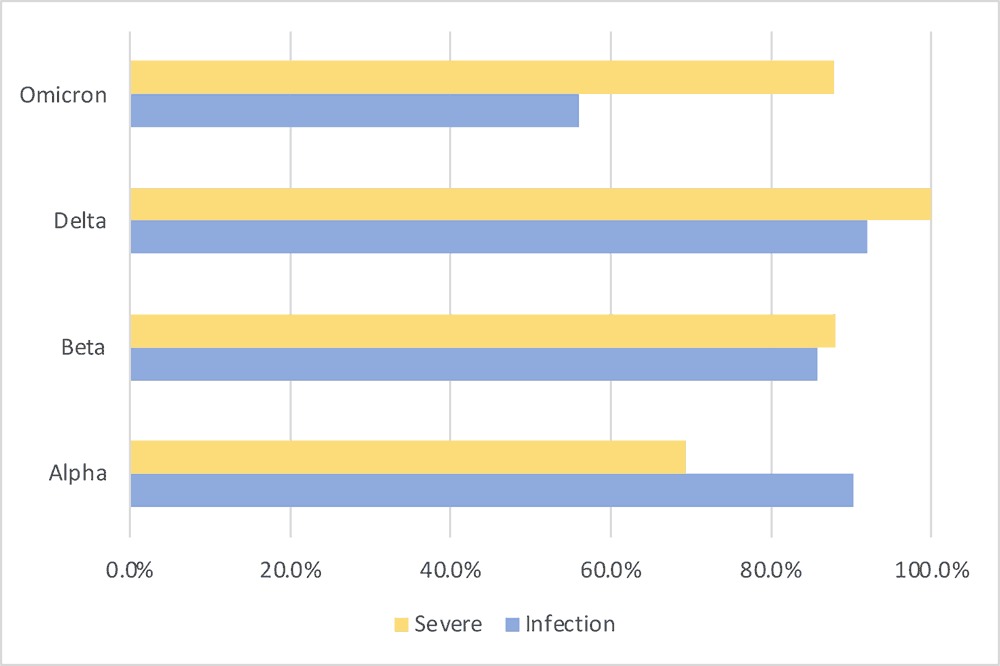 Suppose you had gone through a case of Covid-19 in 2020, infected by the original Wuhan strain of the virus. Further suppose you had not been vaccinated in the interim. How much protection does the immunity from that original case provide you, in the face of new viral variants?

A study led by researchers at Weill Cornell Medicine – Qatar aims to answer that question (paper; writeup in CIDRAP). I have sum­mar­ized the results in a chart — click for a larger version. The takeaway: An initial bout with SARS-CoV-2 provides good protection against infection by the earlier three variants, and less so against Omicron (56%). Good protction against severe disease (hospitalization, ICU, death) holds strongly for all variants except Alpha (69.4%).

We have been talking for a while about coronavirus surveillance by periodic testing at sewage plants. The CDC has now elevated visibility into this practice by adding a wastewater module to its Covid-19 data tracking dashboard. The agency will be adding sites to the dashboard as they come online in the coming year.

Katelyn Jetelina (Your Local Epidemiologist) has a detailed explainer on wastewater surveillance.

We have been following developments in the story of widespread SARS-CoV-2 in white-tail deer in the US — re­port­edly in 15 states now. Two pieces of news on that front:

Just an update from last time when we noted what may have been a momentary pause in the decline of the Omicron wave. If that pause was even real, it is over now. The figure shows the current case acceleration in the 21 states that had shown an uptick last week. Red means still accelerating, blue means slowing. The BA.2 sub-variant accounts for 3.6% of US cases at this point, and is not (so far) affecting the rate of Omicron’s decline.

An Omicron-targeted booster is not helpful

A study (preprint; Stat News coverage) in macaque monkeys led by NIAID’s Vaccine Research Center found that an Omicron-targeted booster shot of the Moderna vaccine showed no advantage over the existing booster dose. The results were similar to those the same group obtained last year when testing a booster targeted at the Beta variant. In both studies, either booster produced B cells and antibodies that were cross-reactive against the original virus and the variant.

We have two fripperies for you today. One demands only a couple of minutes of your time and the other will soak up hours if you let it.

The first is a delightful video, 2:39 long, created in series by 40 animators around the world. The subject is a red rubber ball and the passing thereof. Each animator added three seconds to the video and passed it on to another artist of his/her choice in a different country.

The second frippery you may have already encountered; it has been viral since the middle of last month. Wikitrivia asks you to order cards representing historical events on a timeline. That’s it. You play until you make a third error, and then your score (“streak”) is one less than the total of right answers up to that point. It starts out easy and gets progressively more difficult as the events become dense on the timeline.

And some of the questions, taken from Wikipedia and Wikidata, are beyond obscure. Did the kingdom of Mauritania get going before the Ottoman sultanate of Murad IV? Was the Massey Ferguson company founded after the Symbolism movement in art? Was Portland cement discovered before or after Aubrey Beardsley was born?

Taking a page from Wordle, after each game Wikitrivia generates a cryp­tic score for you to post on social media.

The Wikitrivia project is hosted on Github by its developer, Tom J. Wat­son, and this page collects suggestions for game cards that are in error — this can happen in a game based on data that is editable by anyone in the world. I have added two cards to that list.

My longest streak so far is 17. Beat it if you can and drop a comment below.