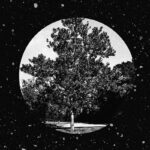 Items of recent pandemic news: Cryptic Covid lineages in NYC wastewater; a possible stall in Omicron’s nationwide decline; Novavax files for EUA and Mod­erna is approved; and authorized vaccines for the youngest kids, within a few weeks. Plus a frippery.

Young kids could be authorized for shots within weeks

After the disappointment of Pfizer / BioNTech’s Phase III trial in children from 6 months to 4 years, last December, the companies decided on a strategy of giving a third 3 μg shot to kids at the upper end of that age range, eight weeks after their second dose. Results aren’t expected until late March, leading perhaps to authorization in the spring.

On Monday the Washington Post was first to report that the FDA had urged Pfizer / BioNTech to apply for an EUA anyway, for the two-shot series, with the expectation that three shots would eventually be authorized. The acting FDA commissioner tweeted a confirmation of that story. The companies began the application process on Tuesday Feb. 1; the clinical data they submitted to the agency have not been released publicly.

The FDA’s advisory committee VRBPAC has scheduled a meeting for Feb. 15 to weigh on the question of whether two shots for kids under 5 convey more benefit than risk, in the absence of data on whether a 3-shot series even works in this age group. The CDC’s advisory committee, ACIP, has a meeting scheduled for Feb. 23-24, but according to the draft agenda the topic of vaccinating young children will not be covered. Here’s MPR’s summary of the steps between now and a possible extension to the youngest of Pfizer / Biontech’s EUA.

Your Local Epidemiologist Katelyn Jetelina has a cogent summary of the questions around the FDA’s unprecedented move toward emergency use authorization of a vaccine in the absence of complete data. Stat News goes over the possible damage to public trust if Pfizer / BioNTech’s EUA is extended under these conditions. A Kaiser Family Foundation poll released on Tuesday underscores the concern: it found less than a third of respondents saying they would get their kids vaccinated ASAP; another third intended to wait and see; and the remainder were unlikely ever to take their children in for shots.

Katherine Wu at The Atlantic speculates on what changed between December, when a portion of the Pfizer / BioNTech trial essentially failed, and now, when the FDA is signaling that the results of two shots may be considered good enough for an EUA (while expecting a third to improve protection). The speculation, hinted at by an anonymous source in this NY Times piece, is that with more time Pfizer has collected clinical data — how many kids got sick — along with the antibody levels it had first scrutinized. Omicron may have provided a bounty of cases in young trial participants in which differences could be discerned between vaccine and placebo.

On Monday the FDA granted a biologics licence for two shots of of the vaccine that can now be marketed as Spikevax for people ages 18 and older. It is Moderna’s first licensed medicine. Use of Spikevax as a booster is still under EUA. Spikevax has been shown to be 93% effective against symptomatic Covid-19 and 98% effective against severe disease.

Moderna has applied for an EUA for use of their vaccine in people 11 to 17 years old, but last November the FDA said it needs more time to evaluate the risk of myocarditis / pericarditis. Both mRNA vaccines are associated with this rare side effect, especially in young men, and Moderna’s vaccine shows a higher rate than Pfizers. Moderna had been poised to apply for an EUA for 6-to-11-year olds but is holding off until the questions about the older cohort are resolved.

Novavax finally files for an EUA

This vaccine maker has at last applied for emergency use authorization for its vaccine, 18 months behind the mRNA frontrunners. Along the way were difficulty recruiting for clinical trials, manufacturing glitches, and other delays.

Early in the pandemic, Novavax’s vaccine appeared quite promising. The company received $1.6 billion from Operation Warp Speed for development and manufacturing of its traditional adjuvented, virus-like particle vaccine. The vaccine is relatively simple to manufacture, suitable for technology transfer to lower-income countries. It can be stored for 9 months at refrigerator temperature.

Novavax said that upon authorization in the US, 100 million doses would be immediately available.

The vaccine has already received EUA status from the European Commission, the WHO, and the UK. It has been licensed in South Korea.

In some states, Omicron’s decline seems to be stalling

Judging by Stat’s tracker, as of yesterday 21 states had experienced a recent sharp uptick in the acceleration of new cases as the Omicron wave has faded out across much of the country. These states show this pattern:

Minnesota’s is shown at right (click for a larger version).

It may be a coincidence, but the apparent, and we hope temporary, reversal in Omicron’s decline comes as the sub-lineage BA.2 is gaining ground across the country and the world — it has been detected in 57 countries and about half of US states (not yet in Minnesota).

Here is an intriguing mystery. New York City has surveyed and sequenced samples from its wastewater since nearly the start of the pandemic. In a report just published in Nature, a team of scientists describes persistent sightings of what may be an unknown coronavirus variant. Or maybe it is SARS-CoV-2 infecting some animal population, possibly rats. The NY Times has an overview article.

The “cryptic lineages” represent constellations of mutations, on the receptor binding domain of the spike protein, not recorded in any global Covid-tracing database. They have also never been seen in RNA taken from a Covid-19 patient, in New York or elsewhere. Some of the mutations overlap with those of Omicron — suggesting immune escape — and others are new. The signal comes from a few of the dozen wastewater treatment facilities (serving a particular “sewershed”) in the city. The researchers apparently are not at liberty to say which regions are at issue.

After a year of study, the team has not been able to pinpoint a source for the cryptic lineages. They have looked into nursing homes in the sewersheds of interest, to no effect. They have speculated on animal reservoirs — squirrels, skunks, rats? — but have not found confirmation in samples taken from captured animals. They are broadening the study to look at wastewater from other regions of the country. “We will know eventually” where the cryptic lineages originate, the lead researcher predicted.

Your frippery today is the Moon Trees. These are ordinary trees — sycamore, loblolly pine, sweetgum, redwood, Douglas fir — planted around the country and the world, whose seeds orbited the Moon.

In 1971 astronaut Stewart Roosa carried in his personal gear hundreds of tree seeds. Roosa commanded the orbiter and did not descend to the Moon’s surface during the Apollo 14 mission; he orbited the Moon 34 times while Edgar Mitchell walked on the surface and Alan Shepard hit some golf balls. 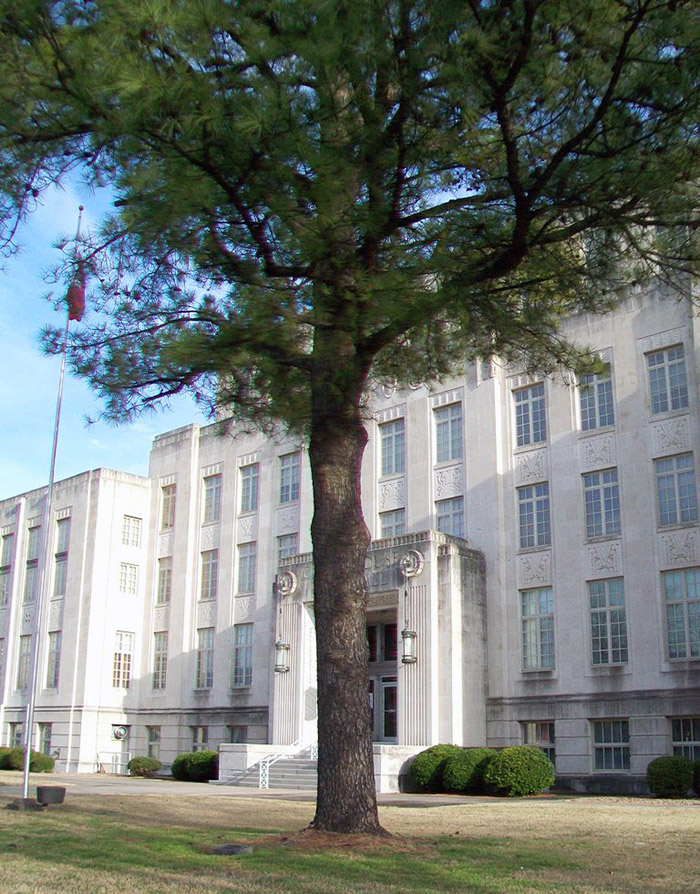 Roosa had been a US Forest Service smokejumper in his youth, before he became a test pilot and then an astronaut. The head of the USFS got in touch when Roosa was listed for Apollo 14 and asked if he would be willing to cooperate in a test to see how zero gravity and radiation might affect tree seeds’ ability to germinate and grow.

Roosa carried hundreds of seeds — some accounts say 500, others imply as many as 2,500 — that upon his return were planted alongside control seeds that had not been to space. They grew identically, even though an accident after splashdown exposed the Moon seeds to hard vacuum. After several years the Forest Service hatched a plan to send two Moon Tree saplings to every state to be planted as part of bicentennial celebrations, in 1976.

The tree species chosen were native to the east, south, and west coasts, and most would not grow well or at all as far north as Minnesota. In the end some states did not receive any saplings, and Minnesota was among those, according to a source at the Department of Natural Resources. Besides the two saplings sent to some statehouses, others went to senators, governors, and other connected folks; no records were kept as to how many were distributed and planted, but the number is probably in the hundreds.

It looks like if you want to visit a Moon Tree from Minnesota, you will find the nearest one in Indianapolis. “The unmarked sycamore is located on the east (N. Capitol Ave.) side of the statehouse, about 100 feet south of the Oliver P. Morton statue in front of the main entrance and about 50 feet back from the street.” 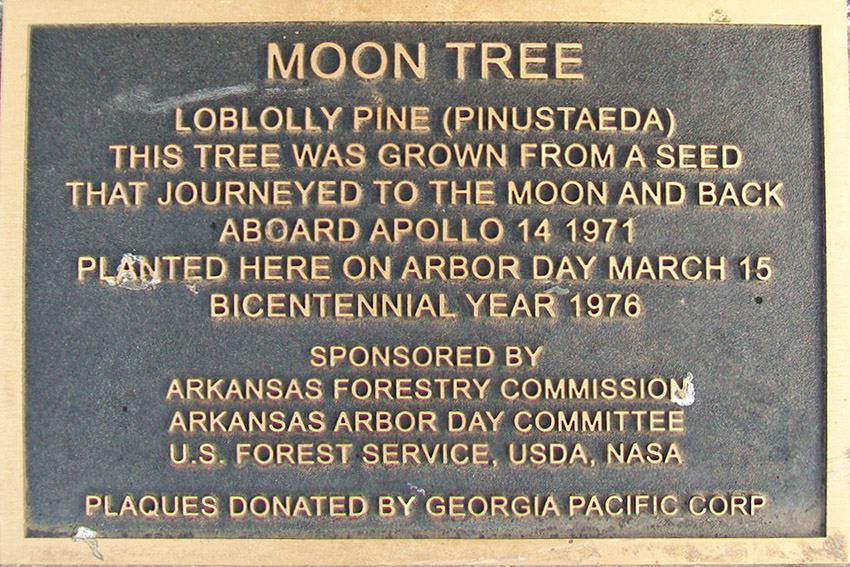 The Moon Trees have largely been forgotten. Some are marked by in­con­spic­uous plaques today, but others are not. In the 1990s one NASA scientist got interested in finding all the trees that re­mained, and the result is the webpage linked above. Exactly 66 Moon Trees are known to thrive still, and 29 are on record as having died or otherwise disappeared. There may be scores to hundreds more, languishing in obscurity. That NASA page links to a vast amount of detail on the history of the Moon Tree pro­gram, including (e.g.) documentation on the seeds that were collected by the USFS Institute of Forest Genetics.

If you take a seed or a cutting from a Moon Tree, you can grow from it a Half Moon Tree. NASA lists a few of the known locations of trees of this second generation, including ones in the UK, Italy, and Switzerland. You can buy your own Half Moon Tree for $70-$150, shipping not included.

At the museum located at the Siskyou Smokejumpers base in Oregon, where Roosa trained to drop from airplanes onto wildfires, a Half Moon Tree survives, after two first-generation trees had succumbed.

Stuart Roosa died in 1994, and his daughter Rosemary founded and runs the Moon Tree Foundation, which was granted 501(C)(3) tax-exempt status in 2018. She will be happy to visit your site and speak at a ceremony while you plant one or more Half Moon Trees. It will cost you.

Every few years some popular media outlet comes across the story of the Moon Trees and writes it up. Here is the most recent such from The Atlantic.