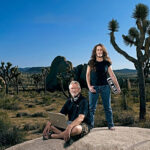 Items of recent pandemic news: Historical perspective and promising research on long Covid; beginning Omicron-targeted vaccine trials; press attention for a new CBD study; Hong Kong’s zero-Covid strategy and Omicron; and BA.2 in the US. Plus a frippery.

This variant, a subclass of the Omicron lineage, has now been spotted in the US — first in Texas and later in Wash­ing­ton, North Carolina, California, and Connecticut.

The WHO is urging member countries to investigate BA.2.

This FAQ in New Scientist addresses the question of whether BA.2 might cause another wave of cases. The answer is: unlikely in most places, because a previous BA.1 infection seems to be protective against BA.2. But the new sub-variant might possibly prolong the current wave’s decline. Countries that have pursued a zero-Covid strategy (see below) may have a harder time keeping BA.2 out.

This city has pursued a zero-Covid strategy to date, and has pretty much made it work. With a population of 7.5 mil­lion, Hong Kong has seen 13,000 Covid cases and 213 deaths — about 1% of Minnesota’s numbers in a population 1-1/2 times larger than ours.

The account of a ProPublica reporter who went home for the holidays there makes plain the cost of the strategy to anyone who chooses to visit. Every arrival must quarantine — at their own expense — for 21 days in a government-designated hotel. (Just yesterday the city reduced the quarantine time to 14 days; the ProPublica piece may have had an effect.) Testing is frequent and contact tracing and follow-through, if a positive turns up, are exhaustively thorough. At the end of quarantine, the visitor is free to emerge into a city that appears like a time-warp to 2019. Life goes on as pre-pandemic normal — theaters, bars, concerts, restaurants — but everyone wears a mask, indoors and out.

Perhaps it was because Hong Kong has kept cases so low and residents felt relatively safe; or perhaps it was adverse events stemming from early use of the Chinese Sinovac vaccine — but vaccination rates are low among the oldest Hong Kong citizens. Around 52% of those aged 60 and up have had two shots, and for those over 80 it is 20%. Only 16% of nursing home residents are vaccinated.

This means that if Omicron gets loose in the special administrative region, it could present a rare opportunity to see how the variant behaves in an immune-naive population. Such an eventuality could answer questions like: is Omicron more transmissible because of immune evasion, or because of something inherent in the virus? How much more transmissible is BA.2 than BA.1? Nobody really wants to get answers to these questions by means of letting the virus rip through an unprotected elderly population. But it could come to pass.

When we first wrote about research pointing to possible effectiveness of compounds found in hemp in stopping protein expression by SARS-CoV-2, it was with caveats: One study in a somewhat obscure journal was covered only by local media. Now another study has come out, this one in published in Science Advances. More mainstream outlets are taking notice (Bloomberg, Reuters, Vice).

The new research, by a group from the universities of Chicago and Louisville, looked beyond laboratory experiments and found reduced Covid positive test results in people taking prescribed CBD. The laboratory work came to a contrasting conclusion on viral entry compared to the earlier research on CBD-A and CBG-A — CBD did not appear to block entry of SARS-CoV-2 into cells. It did disrupt the virus’s takeover of the cell’s machinery, however.

The latest hubbub is an example of both the promise of cannabinoids — components of cannabis —–as potential therapies, but also the hype around them, which can far outpace the evidence that they work. It’s left researchers and consumer advocates scrambling to warn people that patients shouldn’t be turning to over-the-counter pro­ducts or recreational marijuana in hopes that it might protect them from Covid-19. … The FDA’s job will only get harder with the increased hype.

This week both Pfizer / BioNTech and Moderna announced that their mRNA-based, Omicron-specific vaccines had begun going into arms.

Pfizer’s trial will involve 1,420 adults aged 18-55, divided into three groups to represent the diversity of immune pro­tection now present in the population. A group who has received two doses of the original vaccine will get a boost with either the original or the Omicron flavor. A second group, who have already been boosted, will get a fourth shot of one or the other. A smaller, third group of the unvaccinated will get three shots of the Omicron-targeted vaccine.

Moderna’s trial is smaller, just 600 people in all, and will omit the unvaccinated. The participants will consist of half double-vaxed subjects and half triple-vaxed.

Results of both companies’ trials will be evaluated by looking at the participants’ immune responses, not by waiting to see who gets sick (even though definitive corrleates of protection have not been established). Both hope to announce outcomes by March.

It is not certain that further boosters will be needed at all. Remember that the US has said it will coordinate with international partners in making the call.

First, for some perspective, here is a survey of the long-term damage that can result from infection — by many agents, bacterial and viral, besides SARS-CoV-2. (You can ignore the left-leaning tone of the introduction; the in­for­ma­tion is solid.) It includes a rundown of the years-long fallout from the 1918 Spanish flu pandemic, which gave rise to, among many other consequences, the population of encephalitis lethargica patients studied by Oliver Sacks and documented in Awakenings.

Correlates — An important paper just came out in Cell, pinpointing four factors in acute Covid-19 patients that cor­re­late with the later development of long Covid. As listed in the NY Times coverage, they are:

Chemo brain — A neuro-oncologist who has spent 20 years studying “chemo brain” has found an analogy and a pos­si­ble mechanism behind the brain fog experienced by some long Covid sufferers. The Stanford researcher, Michelle Monje, worked with Yale’s Akiko Iwasaki on mouse- and autopsy-based studies suggesting that brain in­flam­mation caused by activated microglia may explain brain fog. The neural damage the researchers saw was similar to that sometimes caused by cancer-fighting chemotherapy treatments. Humeral studies of long Covid sufferers bolstered the findings. Here is the preprint; the work has been submitted for publication.

To reward your patience, the frippery today is Radio Paradise, a non-commercial Internet radio station. Hosts Bill and Rebecca Goldsmith (pictured above left) have been streaming eclectic playlists of DJ-mixed music since 2000. Besides the Main Mix (over 16,000 songs), there are channels for Mellow, Rock, and World/Etc. The site is supported by listener contributions and affiliate revenue; there are no ads, no data mining, and no haranguing for support. You can choose the audio quality in five steps from Low to Lossless FLAC. There are apps for iPhone and Android, and they sync with your car. You can listen on Amazon Echo, Sonos, Google Home, and a positively bewildering array of other options. RP claims to be the only curated and DJ-mixed streaming service offered in a high-quality lossless format in which you can skip any song you don’t like.

Here is Bill Goldsmith’s elevator pitch about Radio Paradise, “old fashioned radio for the 21st Century,” from an interview he did in 2004.

Radio Paradise is the old 1960s progressive-FM philosophy (“put a DJ in a room full of records & turn him/her loose”) applied to the whole universe of 21st century music: modern & classic rock, world music, electronica, acoustic, even a smattering of jazz and classical — with a real human DJ in full control, not just an “iPod on random play” jumble of styles. It’s radio-as-art, rather than radio-as-marketing — something you just don’t hear on FM any more. Try it. It’s addictive.

I don’t have any skin in RP’s game, aside from being a fan and supporter since the early part of the century. Whenever I tune in I find something worth listening to, and often new to me.