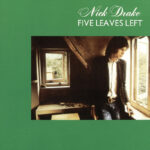 Items of recent pandemic news: After-effects of a saline shot; a genetic correlate to the Covid-19 loss of smell & taste; international coordination for deciding on targeted boosters; and the administration’s program of free rapid tests. Plus a frippery.

The Biden administration’s website for ordering free at-home Covid tests, scheduled to go live today, soft-launched yesterday. It looks like it served millions of households (including this one) before opening officially this morning. The site’s front page, linked above, points to a page at usps.com where the order is taken.

To get your four free tests, all you need to supply are name and address; email is optional if you want to track your order. in the continental US you should get a first-class parcel delivery some time after it ships in 7 to 12 days, with priority mail delivery elsewhere. 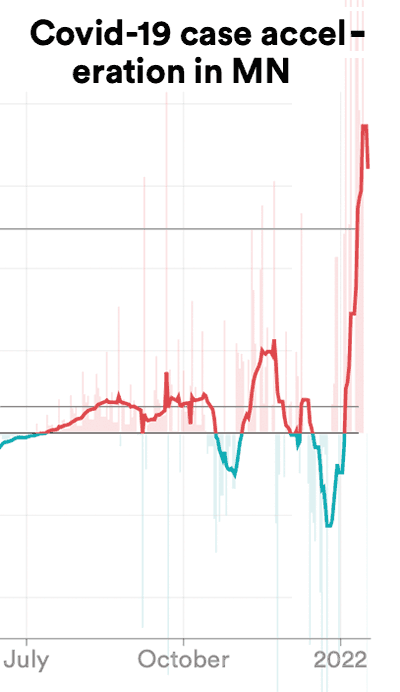 Once our delivery arrives, this household will have eight rapid tests stock­piled against need. On December 1 we had placed an Amazon order for four Quidel QuickVue rapid tests. Neither of us has taken a test thus far. Be­gin­ning last weekend, insurance companies were required to reimburse con­sumers for at-home tests purchased over-the-counter, in some cir­cum­stances; our Quidel tests will not be covered retroactively.

In a related program, reports are surfacing ahead of an official an­nounce­ment that the administration will distribute 400 million free N95 masks, up to three per US adult, with children’s masks to follow.

The administration had announced a month ago that they would accumulate 500 million rapid tests for the at-home test program; another 500 million were added last week, for delivery in the coming months. The program is a poster child for “too little, too late.” If 500 million tests had been in the hands of Americans last December 1, they could have made a measurable difference in the Omicron wave. But by February 1, when the kits will begin arriving in homes across the country, the wave will be a week or two past its peak in many places. (Mayo predicts next week for the MN peak, whereas waste­water data suggest it may already have passed in the Twin Cities.) No one can know what will happen after Omicron subsides. Perhaps those tests and the next 500 million will be in far less demand than they are now.

Imagine if these programs had been mounted last summer ahead of Delta.

US won’t go it alone on an Omicron-targeted vaccine

An anonymous source at the FDA told Stat News’s Helen Branswell about the US’s approach to deciding on new versions of vaccines targeted at Omicron or later variants. The US does not want to go it alone, but instead wants to participate in an international program that would decide the whens and whethers of any updated vaccine. The in­ter­national decision-making might look a lot like what is done for flu vaccines today.

It is not obvious that an Omicron-targeted vaccine is the right way forward. It depends on cross-protection: Will antibodies generated by an Omicron infection neutralize other variants, past or future? Studies are being done now to illuminate this question. Perhaps the next vaccine should be formulated with whichever antigens elicit the most comprehensive cross-protection.

A genetic correlate to loss of smell & taste

It is a mystery why some people’s senses of smell and taste are disrupted with a SARS-CoV-2 infection and some are not. Researchers at DNA testing company 23andme have found one weak genetic correlation to this Covid-19 symp­tom: a locus on the genome near two genes, UGT2A1 and UGT2A2, that are expressed in the olfactory epithelium and that play a (poorly understood) role in metabolizing odorants. The difference at this locus was associated with only an 11% increased chance of losing taste or smell.

Here are the published paper and an NBC News summary.

Omicron seems to be less likely to result in this sensory loss compared to earlier variants. Data out of the UK put the incidence of smell loss at 13% with Omicron vs. 34% with other variants. In the self-selecting 23andme study, which recruited up to March 2021, 68% of PCR-positive respondents reported losing smell or taste. The difference with Omicron accords with indications that this variant settles first in the throat, not the nasal passages.

Many vaccine after-effects may be “nocebo”

Nocebo is the flip side of placebo: it represents negative effects following a medical treatment, such as a shot, that does not result from the treatment itself. CIDRAP reports on a meta-analysis in JAMA Network Open indicating that up to two-thirds three-quarters of reported adverse effects of vaccination may be nocebo. The study looked at 12 reports from ran­dom­ized clinical vaccine trials involving about 22,000 each of vaccine and placebo recipients.

While 46% of vaccine recipients reported systemic adverse events (headache and fatigue being the most common) after a first shot, so did 35% of those who got the placebo. Some mathematics is invoked to arrive at the three-quarters figure.

Beth Israel Deaconess Medical Center in Boston, home to the lead researchers, has issued a press release suggesting that being open about nocebo effects might decrease vaccine hesitancy.

To reward your patience today, the frippery is an introduction to Nick Drake. He was a British singer-songwriter active in the late 1960s and early 1970s, who died of a drug overdose in 1974 — possibly suicide, contested — at age 26. That’s him in the photo at upper left, age 20. He suffered from depression and his memory has taken on a “doomed romantic” cast.

In his brief career Drake produced three albums of music entirely unlike what anybody else was doing at the time. His first album in 1969, Five Leaves Left, came out in the same year as The Beatles’ Yellow Submarine and the self-titled debut albums by Led Zeppelin and Neil Young. Drake has been cited as a seminal influence by many later artists, among them The Cure, Kate Bush, Iron & Wine, and R.E.M. The Cure took their name from a Drake lyric.

This piece, River Man — sometimes erroneously styled Riverman — is the first song on Drake’s first album, and meant to be its centerpiece. It is in 5/4 time but it can be hard to tell, because both Drake’s vocal and the sumptuous, Delius-inspired string backing arrangement (by the veteran composer Harry Robertson) waft freely across the bars. Drake plays guitar, and he is a master. Writing credit is given to “Emily Dickinson and Nick Drake.” No one has ever found any close connection between the River Man lyric and Dickinson’s poetry.

The YouTube embedded below has no real video associated with it. The official video from the artist’s label Island Records uses still photos of Drake — apparently no footage exists of him performing. I am less than delighted with the sounds of nature that have been laid over the song in Island’s version. The one below is not thus encumbered.