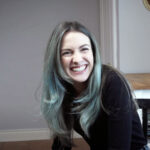 Items of recent pandemic news: Compounds found in hemp slow viral growth in the lab; the durability of SARS-CoV-2 in air; the virus’s danger to unvaxed pregnant people; and striking down federal workplace mandates. Plus a pair of fripperies.

The US Supreme Court, in a 6-3 decision along party lines, said that OSHA does not have the authority to require businesses to impose a vaccination mandate on their employees. But the court allowed to stand (5 to 4) the rule that medical facilities that take Medicare or Medicaid funds must require vaccinations. Stat News reports: “When crafting the OSHA rule, White House officials always anticipated legal challenges — and privately some harbored doubts that it could withstand them.” Lower court rulings had already frozen enforcement of mandates in about half of the states.

The ruling does not impact the ability of cities, states, schools, or businesses to impose mandates — just the federal government. By one estimate, about 36% of US workers are already covered by an employer-imposed mandate. Over 1,000 colleges and universities have put them in place.

Here is the SCOTUS decision. At The Atlantic, Adam Serwer explores how the conservative justices’ reasoning is of a piece with the anti-vax propaganda of the right-leaning media environment, where vaccination is demonized as causing irreparable harm and prolonging the pandemic. Historian Heather Cox Richardson details how the legal theories behind the decision would, if applied broadly, destroy modern government.

A new study out of Scotland finds that unvaccinated pregnant people who contract Covid-19 are at far higher risk for complications and the death of their infants than those who had been vaccinated. This was true even for mild cases of Covid-19. Stat News has a summary and CIDRAP goes into more depth.

The study began in late 2020, just before vaccines became available. By the time it concluded, in October 2021, only 33% of pregnant people had been vaccinated, but 102 out of 104 who needed critical care for Covid-19 during that time were unvaccinated.

The CDC issued a call for urgent action last September to get the vaccination rate up among pregnant people in the US. Perhaps that program has had an impact, or maybe it was awareness of Omicron, but the rate has improved in the US from 33% to 41% since the fall. (It’s still dangerously low.)

Take this one with a grain of salt for now, but published research shows that compounds present in hemp — orally available and long proven safe — prevent pseudotyped and actual SARS-CoV-2 virus from infecting human cells in laboratory conditions. Cannabidiolic acid (CBD-A) and cannabigerolic acid (CBG-A) were equally effective against the original Wuhan strain, Alpha, and Beta. They were more effective in combination than separately.

The compounds bind to the spike protein and act in a way like neutralizing antibodies against the virus.

Here is the paper in the Journal of Natural Products. Fortune has coverage and Vice is running an interview with the lead author, Dr. Richard van Breemen, a professor of medicinal chemistry at Oregon State University.

In the interview Dr. van Breemen notes that his team was not able to work directly with one substance they detected in the hemp extracts, tetrahydrocannabinolic acid or THC-A, because it can be converted into the controlled psy­cho­active substance THC. And in an interview with NBC New York he says that burning and smoking materials containing CBD-A, CBG-A, and THC-A would destroy their antiviral activity.

I notice that no major outlets have picked up this story so far, which makes me disinclined to get too excited about it.

How long SARS-CoV-2 lasts in the air

A study out of the University of Bristol, not yet peer-reviewed, indicates that SARS-CoV-2 loses 90% of its potency to infect after 20 minutes in air, with most of that loss occurring within the first 5 minutes. The virus deactivates more quickly in drier air; temperature variation doesn’t make much difference. The study reinforces that most infection will occur at close range — so aerosol transmission, while it does happen, is not dominant. Distancing still matters. Here is a summary in The Guardian, which presents some informative graphics on the processes the researchers used to verify infectivity.

We have two fripperies today. First, British street photographer Chris Porsz captured candid photos of people in London beginning in the 1970s. Forty years later he went searching for those people to recreate — or reimagine — those photos in the 2010s. The result in 2015 was the book Reunions, with 135 paired photos and words by Jo Riley, and coverage by many online media outlets. Here is one. 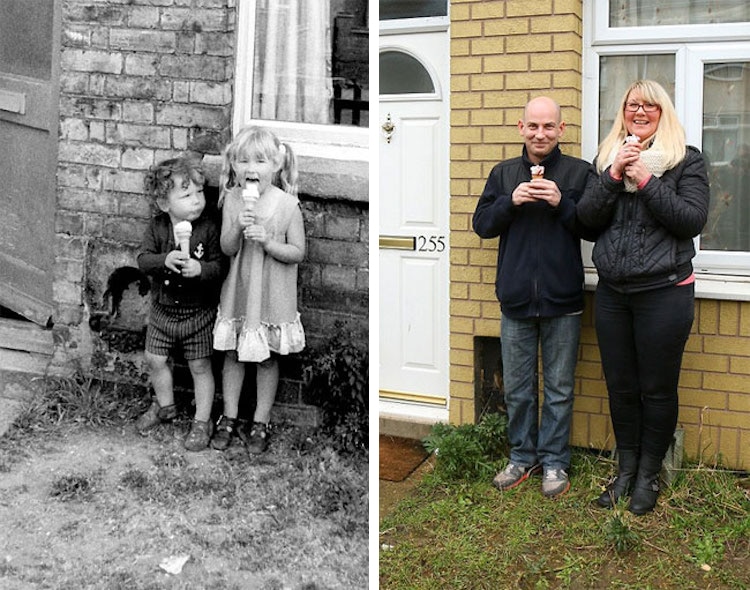 Porsz is still at it. I don’t know if he restarted the project or simply never stopped, but a second printed volume is out now with 168 more Reunions. Shipped to the US, either book will set you back £50, about $68. My Modern Met has a selection from the second series. Porsz has made a 3-minute video about the process of orchestrating some of these reshoots. 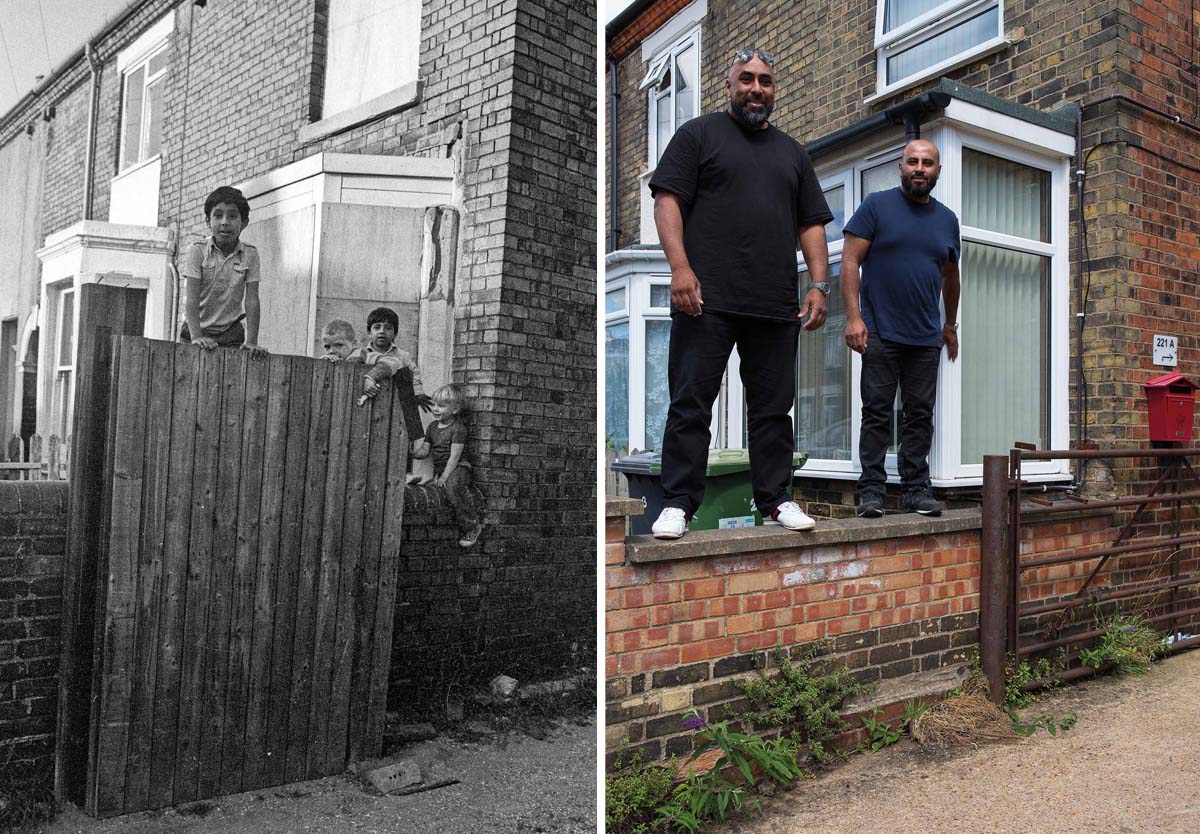 Julie Nolke has a seventh installment out in her series Explaining the Pandemic to my Past Self. (She calls it part 6 because, I don’t really know why.) It is embedded below and also appended to our original post on the series; you can go there to revisit all of Julie’s temporal journeyings.