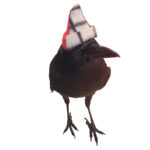 Items of recent pandemic news: Those who pay zero attention to the pandemic; the evo­lu­tionary weirdness of Omicron; the class-based roots of vaccine avoidance; boosters auth­or­ized for people aged 16-17; and Paxlovid’s continuing pro­mise. Plus a frippery.

Pfizer has announced (via press release, not scientific publication) that in the final analysis its oral antiviral candidate Paxlovid has lived up to the promise of the interim results in its Phase II / III trial. The course of pills still shows 89% reduction in hos­pit­al­i­za­tion or death from any cause in unvaccinated, at-risk patients who began a course of treatment within 3 days from symptom onset. Significantly, the reduction held at 88% for those who began within 5 days of symptoms.

The strong showing of Pfizer’s drug contrasts with that of Merck’s molnupiravir, whose effectiveness against hos­pit­al­i­za­tion dropped from 50% to 30% between interim and final analyses.

Interestingly, Pfizer is running a smaller, parallel study with subjects who are at “standard” risk — they may be vac­cin­ated and may not have co-morbidities. In an interim analysis this study did not reach statistical sig­nif­i­cance in its primary end-point, which was “self-reported, sustained alleviation of all symptoms for four con­sec­utive days.” But the treated population did see a 70% reduction in hospitalization or death compared to the placebo group.

In both studies, those receiving the drug showed viral loads up to 10x less than those on placebo.

The FDA has still not scheduled a meeting of its advisory committee to look at Pfizer’s data.

The authorization is based on data the companies submitted comparing immune responses in this age group with those of people 18 and older. While Pfizer’s vaccine has achieved full approval for those 18 and older for its primary series of two shots, its use as a booster dose is authorized under EUA. This FDA action extends down­ward the age limit for that EUA.

The CDC has not yet acted on the authorization.

A physician and a sociology professor / journalist, Anita Sreedhar and Anand Gopal, wrote a NY Times op-ed that will repay your time and attention. They argue that the roots of vaccine avoidance — in the US but also around the world — go deeper than politics or science denialism. Class and its proxies, education and income, are the strongest predictors of this set of attitudes, which “[reflect] a transformation of our core beliefs about what we owe one another.”

The authors base their conclusion on several years of surveying, worldwide, and analysis of that data.

This passage particularly struck me as illustrative of how attitudes about vaccination have diverged so widely in this country:

Vaccine uptake is so high among wealthy people because Covid is one of the gravest threats they face. In some wealthy Manhattan neighborhoods, for ex­ample, vaccination rates run north of 90 percent. For poorer and working-class people, though, the calculus is different: Covid-19 is only one of multiple grave threats. In the South Bronx, one man who works two jobs shared that he nav­i­gates around drug dealers, hostile police, and shootings. … Covid no longer seems uniquely scary.

Sreedhar and Gopal argue, with data, that investing more in social goods like public health can begin to heal this chasm of not caring much about our neighbors that has widened over the past 40 years.

This is a rich and deep essay, and I have only cherry-picked some of its points. I urge you to go read it.

How unusual is Omicron?

This figure indicates how far out into left field, evolutionarily speaking, the Omicron variant had wandered by the time humanity discovered it. The illustration, showing mutations in the spike protein, is from this post on the Science website by Kai Kupferschmidt. 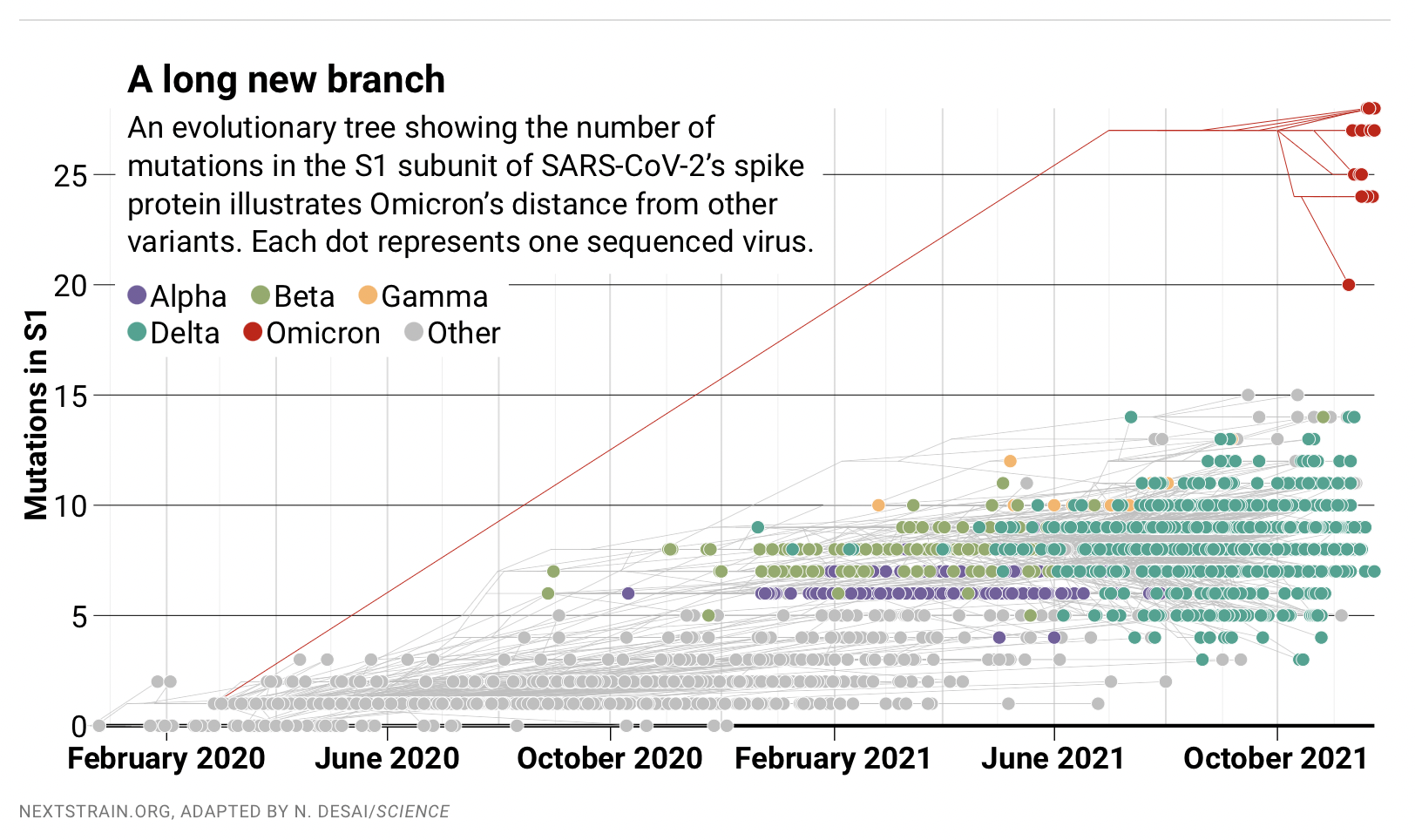 As you are reading this reporting, you probably number yourself among those who believe the pandemic is real and is significant and is deserving of effort on your part to keep clear of its consequences. It turns out that not everyone in this country holds those beliefs. Here is an op-ed in the Atlantic titled “Where I Live No One Cares About Covid.” The author, Matthew Walther, is a father of four (one of whom was conceived and came to term during the pandemic) who lives in southwestern Michigan.

By way of perspective I link to local coverage regarding the dire straits in which Michigan hospitals now find themselves: 85% to 100% full ICUs and turning away patients. Thanks to Gary Stock for the link.

Today’s frippery is the story of a friendly crow with an attitude in Oregon. (That’s him or her at upper left; gender is uncertain.)

All birds are smart — have you heard about Irene Pepperberg’s African Gray, Alex? — but crows are among the few who can vocalize in human languages, apparently with contextual understanding.

This crow, whom humans have named Cosmo, loves the company of children. The crow “isn’t aggressive… but… ‘if people are scared of Cosmo, he finds that a little funny. He will get obnoxious’; … he likes to tease people.”