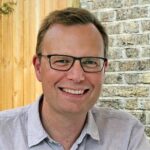 Items of recent pandemic news: A common cold coronavirus may have mixed into Omi­cron; Astra­Zeneca’s long-lasting injectable antibody gets authorized; SARS-CoV-2 can infect fat cells; what we tentatively know about Omi­cron; and much more. Plus a frippery.

Omi­cron: what we know so far

Not much for certain, but the early indications are: yes Omi­cron evades some immune protection and (therefore?) spreads faster, and it may cause milder disease. The director-general of the WHO has voiced the above early con­clu­sions in a press conference, with the obvious caveat that we need to await more data.

Katelyn Jetlina has a fine summary of the early data, teasing out the complications and uncertainties in that “milder disease” characterization. See Zvi Mowshowitz’s Omi­cron update for an analytical take (read: well-informed current guess) on where our knowledge stands now.

Immune evasion (let’s not call it “immune escape,” the evasion is partial) was shown in small lab-based studies from South Africa and from Pfizer.

The South African study (preprint here) looked at six people who had been doubly dosed with the Pfizer vaccine and six more who had recovered from Covid-19 and later gotten two Pfizer shots. They found that the former group saw antibody protection drop by a factor of 41 against Omi­cron, while in the latter group it started from a higher baseline and dropped less. Omi­cron’s level of immune evasion looks to be much more extensive than that of any variant studied so far.

Pfizer’s lab study compared the protection offered by two vs. three doses. For the doubly-dosed they found a factor of 25 decline in antibody protection, while the boosted showed the same level of protection against Omi­cron as the doubly-dosed had against the original viral strain.

Omi­cron cases are rising exponentially in those nations that do the most genetic sequencing: South Africa, the UK, Denmark. It would be a safe assumption that Omi­cron’s prevalence is exploding similarly in other places, including the US. A health agency in the UK estimated that Omi­cron will be dominant there within two to four weeks. It is taking over from Delta.

The FDA has issued an emergency use authorization for AZ’s monoclonal antibody cocktail (formerly called AZD­7442) as a pre-exposure prophylactic. It is not authorized for use in people who are already infected with SARS-CoV-2. We noted when AZ filed for this EUA in October, and covered the BARDA funding for its Phase III trials a year before. The drug combo, now called Evusheld, will be administered as two consecutive shots, each one containing a single mAb. Evusheld is authorized only for a small subset of the population: those with a severe immunocompromising condition, and those who may have a severe reaction to any of the authorized vaccines. One double shot of Evusheld should offer protection against contracting Covid-19 for at least six months.

Here are the FDA’s fact sheet and AstraZeneca’s press release.

Common cold coronavirus may have mixed into Omi­cron

You may have read of this speculation, advanced in a preprint from a Massachusetts biomedical analytical firm. It was picked up by the Washington Post, Reuters, and others. The headlines trumpeted the possibility that the admixture of HCoV-229E into the SARS-CoV-2 line may have resulted in Omi­cron’s (apparently) greater infectivity — the WaPo’s hed is “Omi­cron possibly more infectious because it shares genetic code with common cold coronavirus, study says.”

This seems to me to be wooly speculation. What Omi­cron picked up possibly in a recombination event was a stretch of genetic material that is also found in the HCov-229E coronavirus, and in some others. No one knows what the function of that stretch is in the cold virus, and no one knows if it has any effect at all in SARS-CoV-2 Omi­cron. In my opinion the scientists making this leap, in the absence of real knowledge and in the hearing of reporters, are not doing the world any favors.

Obesity is high on the list of co-morbidities that predispose to a poor outcome from Covid-19 (only advanced age is more important). Research has now demonstrated (preprint) that the SARS-CoV-2 virus can directly infect both adipose tissue itself and immune cells that reside in that tissue.

The NY Times quotes a researcher into fat cells who was not involved in this work: “Whatever happens in fat doesn’t stay in fat.” It affects neighboring tissues.

My first thought upon reading about this research: long Covid. Fat cells might provide a reservoir for the virus once it has been cleared from other organ systems. I also wondered whether sex and gender difference in adipose tissue factor into long Covid’s equation. (If long Covid interests you, I highly recommend Akiko Iwasaki’s dense and in-depth presentation on what is known about the mysterious syndrome; what is speculated; and what is being studied.)

I’ll just share one from each of the last few years:

2019: 42. A man who bought the personalized number plate NULL [in California] has received over $12,000 of parking fines, because the system records “NULL” when no numberplate has been recorded.

2018: 3. Almost 20 years ago, Japanese railway stations started installing blue LED panels on platforms as a suicide prevention measure, believing that blue light improves mood. A ten-year study found an 84% decline in suicide attempts at stations where lights were installed, with no decline at stations without lights.

2017: 32. In the early 1980s AT&T asked McKinsey to estimate how many cell phones would be in use in the world at the turn of the century. They concluded that the total market would be about 900,000 units. This persuaded AT&T to pull out of the market. By 2000, there were 738 million people with cellphone subscriptions.

I learned about Whitwell’s lists from Jason Kottke, who has been blogging since the late 1990s, as have I.