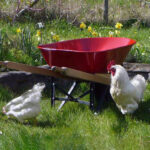 Items of recent pandemic news: Simulating an aerosolized virus particle with 1.3 bil­lion atoms via a super­computer; the first monoclonal antibody treatment auth­or­ized for young children; Omicron may be breaking through natural im­mun­ity; and mol­nu­pir­a­vir’s tepid affirmation. Plus a frippery.

Molnupiravir gets a weak vote of approval

Oral therapeutics are poised to bend the course of the pandemic; in case you haven’t yet fully grapsed their impending significance, infectious disease expert Monica Gandhi is here to open your eyes.

The news this week has been dominated by Omicron, but an oral therapeutic milestone oc­curred on Tuesday, and it was not without drama. An FDA advisory panel voted narrowly (13 to 10) to re­com­mend authorizing mol­nu­pir­a­vir for a subset of people with Covid-19 who are in danger of progressing to more severe disease. The panel members asked tough questions of the submitter, and answers were not uniformly satisfactory.

The drug, created by Merck and Ridgeback Biotherapeutics, works by discouraging SARS-CoV-2 from copying itself. Early results from its Phase III trial were promising, as we discussed in October, but when the final analysis of those data came in the relative risk profile advantage over placebo had shrunk from 50% to 30%. Daniel Griffin pointed out on This Week in Virology that at this rate, doctors would have to ad­min­is­ter 33 courses of mol­nu­pir­a­vir — at $700 per, total cost $23,000 — to keep one person out of the hos­pital.

The FDA panel ended up recommending against prescribing mol­nu­pir­a­vir for pregnant women, and re­strict­ed its use to those at high risk for developing severe disease. In practice this will mean mostly the un­vac­cin­a­ted. But the committee did not explicitly recommend restricting access to that population.

Nearly a week has gone by and the FDA has not issued a ruling on mol­nu­pir­a­vir. Perhaps the agency feels a reduced urgency because Pfizer’s Paxlovid therapeutic is on the horizon. (While Pfizer has applied for an EUA, the FDA has not announced a date for an advisory committee meeting to consider it.)

Derek Lowe has a useful summary of mol­nu­pir­a­vir’s fading prospects. For a flavor of the push-and-pull that went on in the FDA panel’s meeting, read Matthew Herper’s summary in Stat News. Blogger Zvi Mow­sho­witz’s SubStack newsletter offers a jaundiced take on the drug approval process. Here are the NY Times’s and CIDRAP’s coverage of the mol­nu­pir­a­vir situ­ation.

Omicron may overcome immunity from prior infection

South African scientists posted a preprint — neither reviewed by peers nor yet published in a scientific jour­nal — indicating that the new variant may be spreading so fast in that country partly because it evades the immunity conferred by a previous bout with Covid-19.

The researchers looked at the incidence of reinfection with SARS-CoV-2 in South Africa across the pandemic to date — all three waves the country has suffered and the fourth one now building. (About 1% of those infected got reinfected; and about 1% of those caught the virus a third time.) They found that for the waves fueled by the Beta and Delta variants, the reinfection rate held steady; but that rate has tripled in recent days, probably due to Omicron.

This means that the immunity enjoyed by people who had recovered from Covid-19, which protected them somewhat against Beta and Delta, seems to have conferred little protection upon encountering Omicron.

The report deals only with “natural” immunity — it makes no claims about Omicron’s ability to get around vaccine-provided immunity. The South African population under study had low levels of vaccination for most of the time period examined, and the data the researchers had access to did not include vaccination status.

Here are reports on this preliminary finding from the NY Times, the Washington Post, and the U of MN’s CIDRAP.

The FDA has extended the emergency use authorization for Eli Lilly’s monoclonal antibody cocktail; it can now be used in children of any age including newborns. The dose in young children is scaled by body weight. Lilly’s cocktail (bamlanivimab with etesevimab) was first authorized for adults in February. It has been used to treat more than 700,000 patients, and the company says it has prevented more than 35,000 hos­pit­al­i­za­tions and at least 14,000 deaths.

The cocktail must be delivered by intravenous infusion.

Here are a Lilly press release; the FDA announcement; and coverage in the Wall Street Journal on the EUA expansion.

Simulating a virus particle in an aerosol

Long-time readers will know that I am a sucker for science-based visualizations of this virus and the body’s response to it. Researchers have now made videos — with the help of the world’s second fastest super­com­puter, in Oak Ridge TN — showing how a SARS-CoV-2 virion behaves in an enclosing droplet that might have been ejected from someone’s lung. 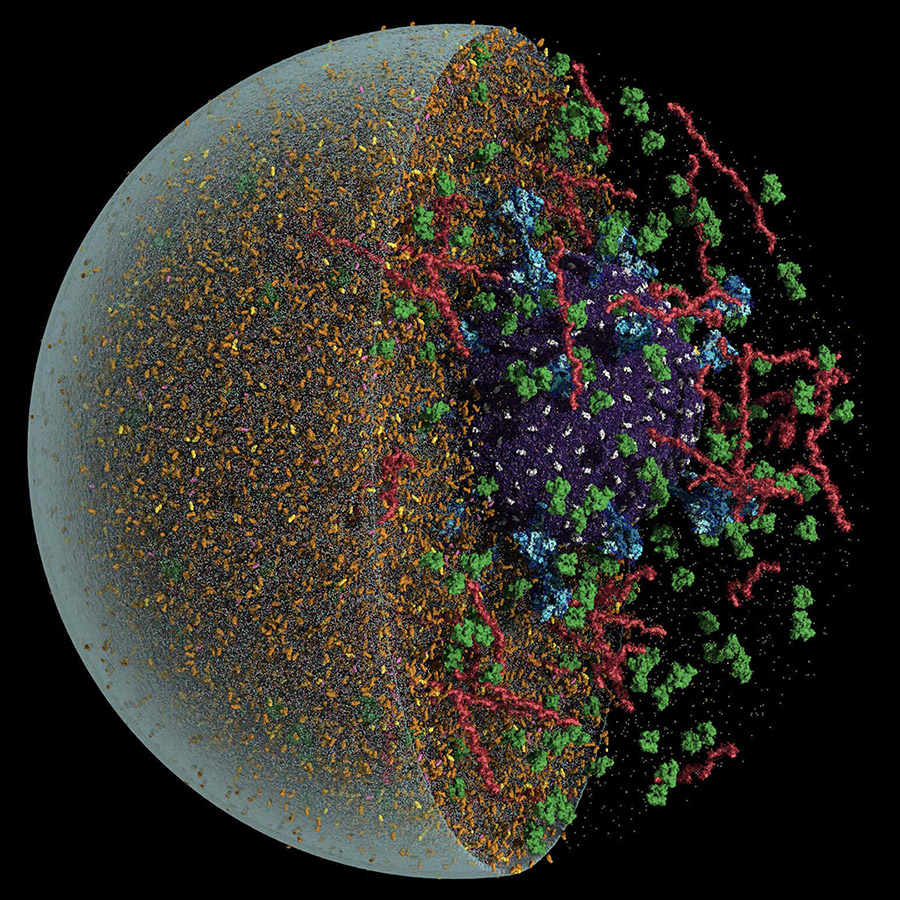 The research was led by Rommie Amaro’s lab at UC San Diego; the worldwide team dubbed themselves Team #COVIDisAirborne. The simulation received the Gordon Bell award, in effect the Nobel prize of high-performance computing.

In 2020 the investigators had built up the model of a SARS-CoV-2 virion out of three hundred million sim­u­lated atoms. For the current work they tweaked last year’s virion simulation with spikes from the Delta variant, then placed the result into a simulated droplet comprising a billion atoms.

Some clips from the resulting videos are embedded in this NY Times interactive feature. (Note: the videos did not play for me in Mac-based Safari, but worked in Chrome and Firefox.) They were premiered last month at a supercomputing conference, and represent a new level of scale in the emerging discipline of “multiscale computational microscopy.”

The modeled droplet is a quarter micrometer, 250 nanometers, in size. (The SARS-CoV-2 virion looks to be about 150 nm, in accord with this estimate.) Besides water the droplet contains simulated calcium atoms, mucins, sur­fac­tants, deep lung fluid, and other components. All these are built up atom-by-atom and their interactions tracked, based on collisions and electromagnetic forces, in time steps of 4 × 10-15 seconds. The researchers created millions of video frames depicting how the virion and its droplet environment behaved over 10-8 seconds.

The work contains a hint about one reason why Delta is more transmissible than earlier variants, and why Omicron may end up being even more so (the jury is out). Mucins in the droplet cluster around the virus’s spike proteins, possibly protecting it from environmental degradation. This clustering happens because of positive charge on the spike. Delta’s mutations give it a stronger charge than its predecessors; and it looks like Omicron’s numerous mutations may be a further step along this road.

For your frippery today, a short story — a bracing blend of literary / sci-fi / detective fiction.

MetaFilter user brainwane alerts us to a peculiar little tale, “This Is Just To Say” by Timothy Mudie (3,000 words, 10 minute read). It forms the backstory to a brace of terse poems by William Carlos Williams, which if brainwane had not linked might have taken me some little time to run down. All I will say about the story: that is one wildly in­tu­i­tive drunken hard-boiled private eye, right there.