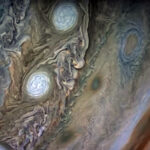 Items of recent pandemic news: Quantifying the immunity advantage over natural infection that you get from boosting; nucleotide sequences released for the vac­cines; an update on Omicron; and what we should do about it right now. Plus a frippery.

These quotes both come from a NY Times piece from last Friday. I am envious of the reporter, Carl Zimmer, for his ability to elicit pithy quotes from his sources and then to put them to good use in context.

What we don’t know about the Omicron variant far exceeds what we do. We need to know whether it is more transmissible, milder or more deadly, better at escaping immune responses — and we know none of that. It will prob­ably be two weeks before we do.

Unlike Delta, where months passed after its discovery before the WHO designated it a Variant of Concern, the world caught Omicron early in its rise — only two weeks have elapsed since its isolation. We caught it early thanks to the expertise, diligence, and forthrightness of the scientists in South Africa, who have built possibly the most formidible disease surveillance apparatus in the world.

According to BNO News’s Omicron tracker, at this writing these countries now have detected confirmed cases of Omicron:

Probable cases are under investigation in:

These nations so far have either banned flights from various sets of countries in southern Africa, or imposed testing and quarantine restrictions on travelers from that region (or on all travelers):

I have become an instant fan of Katelyn Jetelina, who writes as Your Local Epidemiologist. She is prolific, posting every other day on average, and every day so far in the current “this might be something” situation that is Omicron. Her sources are up to the minute, and she provides good links to the real science as it is being done. Those who want to be up-to-date could do worse than to read YLE‘s pieces so far and to subscribe by email or RSS.

What the world should do now about Omicron

Zeynep Tufecki has been writing cogently about the pandemic for well over a year, and now she has a platform at the NY Times. (We have recommended her writing in earlier posts.) Here are Tufecki’s thoughts on how we should use the time before Omicron becomes a full-fledged global emergency, if it does — the variant could still fizzle completely. Tufecki gives some sidelights on the subject on her own blog.

We need stricter testing regimes involving multiple tests over time and even quarantine requirements for all travelers according to the incubation period determined by epidemiological data. We also need more intensive and widespread testing and tracing to cut off the spread of the variant. This means finally getting the sort of mass testing program that the United States has avoided and which has been part of successful responses to Covid in other countries. … If [research] results assuage the worst concerns, officials should roll back restrictions.

Tufecki is less than optimistic that the US will take full advantage of the lead time we have been given on Omicron: “If we aren’t willing to do all [of the above], there is little point in a blanket ban on a few nation­al­ities.”

The advantage of boosting

This small-scale study (MedrXiv preprint) looked at im­mune responses following booster shots in 33 people, and compared those responses to those in people who ac­quired immunity in different ways. The researchers measured both (1) levels of antibodies against the re­cep­tor binding domain and (2) degree of neutralization of the spike protein binding to ACE2.

Here is a summary from the LA Times.

It is devilishly difficult to compare immune responses and determine which is “best” by any chosen criteria. First, everybody’s immune system is unique. Second, the study of the human immune system is, famously, where intuition goes to die. Third, we don’t know which components (“arms”) of immunity are important in stop­ping SARS-CoV-2, and the answer to that may vary between individuals and / or depend on age.

Until now I had been assuming, based on various studies, that the “best” immunity against Covid-19 was afforded by a natural infection and recovery followed by full (two-dose) vaccination. The present study indicates that boosting at least six months after two doses gives higher antibody levels than that scenario. And the advantage enjoyed by the boost is far greater when compared to “natural” immunity conveyed by infection and recovery in someone who had not been vaccinated.

Participants received a booster 192-280 days (with a mean of 238) after their second shot of either the Pfizer or Moderna mRNA vaccines. The 33 participants were compared against 941 people, with various vaccination / Covid statuses, whose antibody levels had been measured previously.

This study also gives a hint about the degree of antibody waning over 6-9 months following mRNA vac­cin­a­tion: the average decline was by a factor of 7 or 8. That sounds like a lot, but it isn’t really; Moderna’s study of correlates of protection showed a minimal drop in efficacy from 96% to 91% after a factor of 10 decline in antibody titers, and a further drop to 78% after another factor of 10.

The transparency organization WhatDoTheyKnow.com presented a Freedom of Information Act request to the UK’s Healthcare Products Regulatory Agency asking for the exact nucleotide sequences of the AstraZeneca and Pfizer / BioNTech vaccines. The agency initially denied the request on grounds of commercial interest, but upon appeal instituted an internal review and on Oct. 26 released the sequences.

You can access this raw data here. It now includes data about Johnson & Johnson’s vaccine, and Moderna is said to be in the works.

The writeup at MySociety.org details the process leading up to the release. Thanks to Monty Solomon for the tip.

For your frippery today let’s fly by Ganymeade and Jupiter accompanied by the etherial music of the Greek composer Vangelis. The flybys behind this video were performed by NASA’s Juno spacecraft last summer.

If this animation of close approaches to these distant worlds doesn’t give you goosebumps, I’m not sure we can be friends anymore.

The animation is by Koji Kuramura, Gerald Eichstädt, and Mike Stetson and the video was produced by Scott J. Bolton, the Juno mission’s principal investigator. At the Decca website you can order Juno to Jupiter, a CD of Vangelis’s music inspired by these flybys.